Survive for 36 minutes against all odds and other 40 angry players!

About The Prison Game Game

The Prison Game developed by MOS Games easily falls into a survival action category. You have all the standard recipes of the genre here: a playable character for you to constantly check its satiation level, items to collect, points to earn in exchange for boosted capabilities. The plot sounds familiar (hey, SCUM). Your character is placed in a secluded city designed to be a prison for those sentenced to death who decided to be departed here instead of execution. There is no law here and all that’s happening is broadcasted for national TV by video surveillance cameras mounted everywhere. This city is isolated but not abandoned. You'll face a constant threat of being attacked either by another inmate (in case of your head was announced for a bounty) or wild animal (dogs or crackpots). In this situation, you can only rely on your instincts and be prepared for special events that reward you with the highest score for participation. If you were lucky enough and you're not targeted for capture you can take part in a headhunt. The intensity of the event is defined by certain types of alarms. So, keep your ears open. Apart from all this, The Prison Game has one huge disadvantage. There are hardly any servers in a lobby. And since the game is PvP only, you get the idea of what to expect after a purchase. 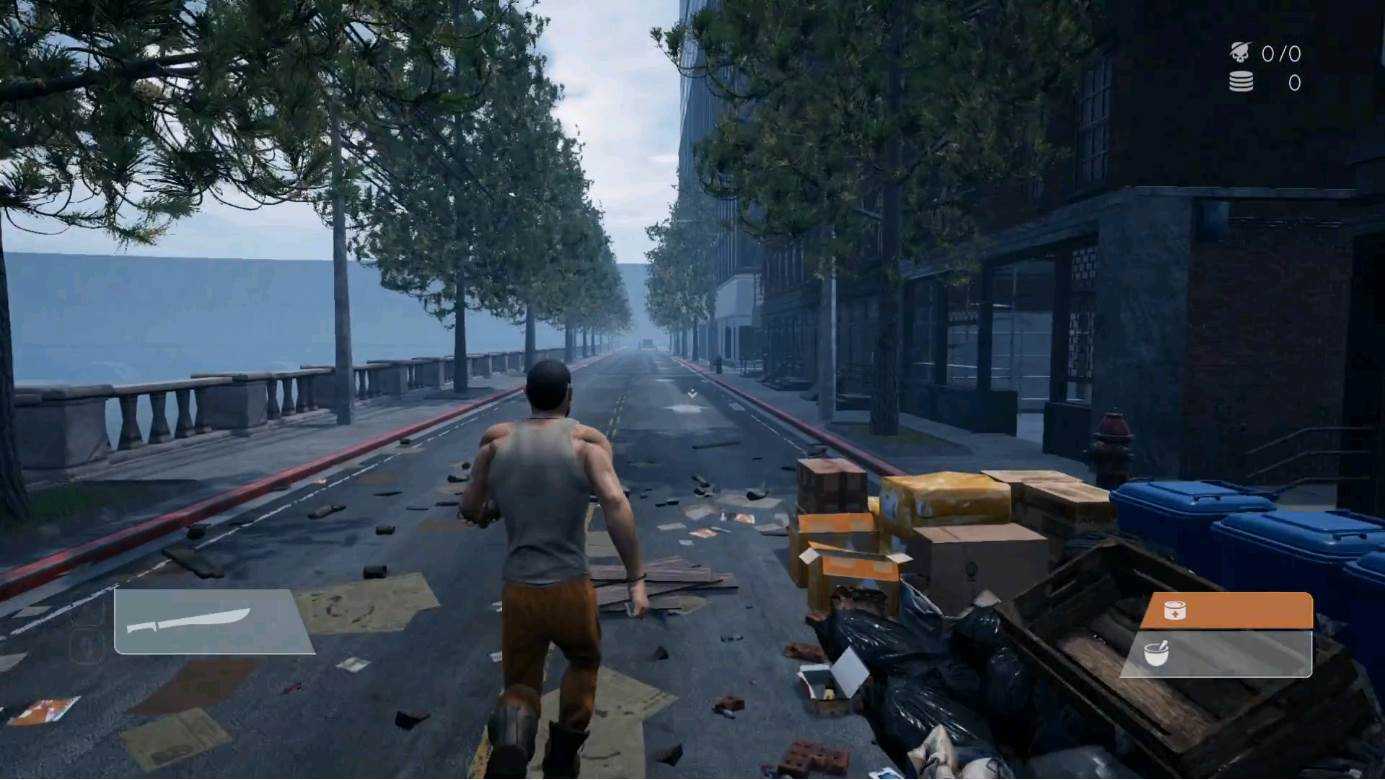 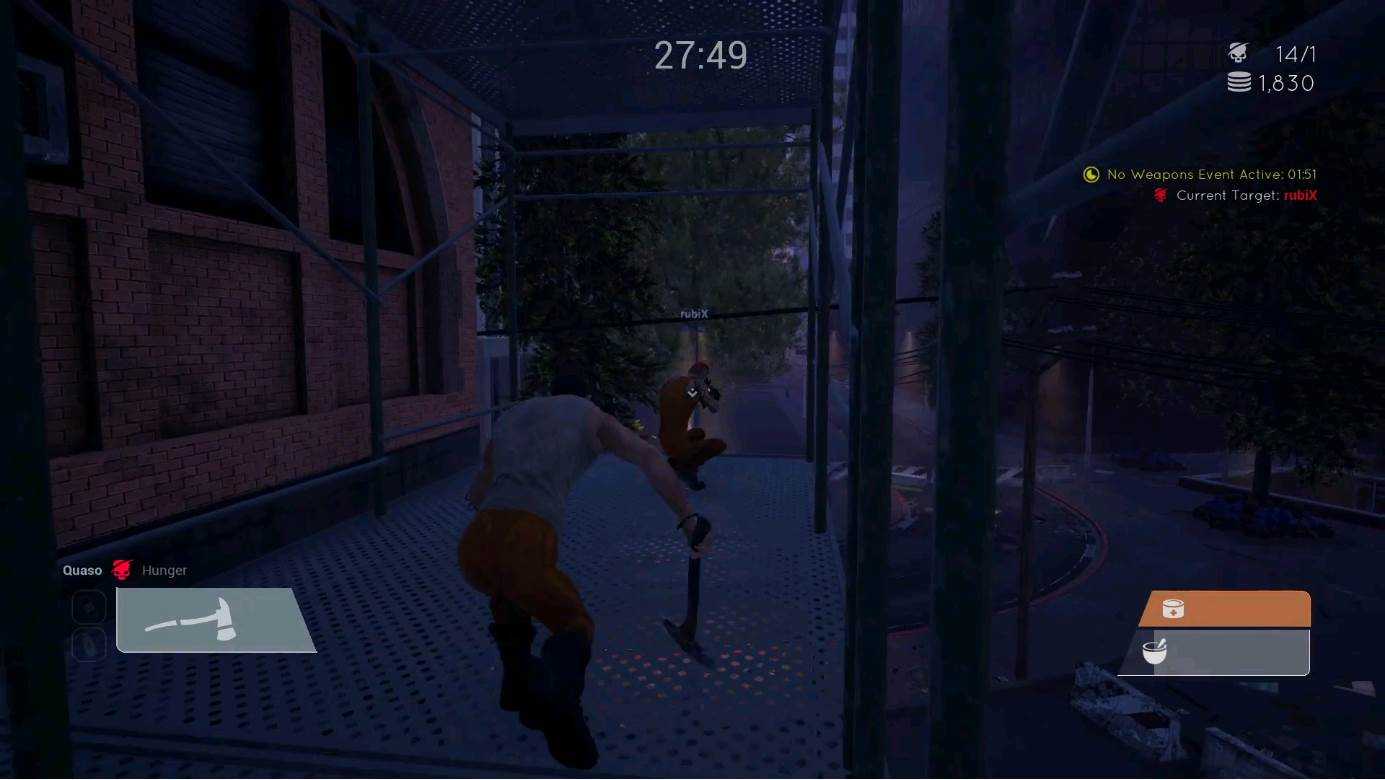 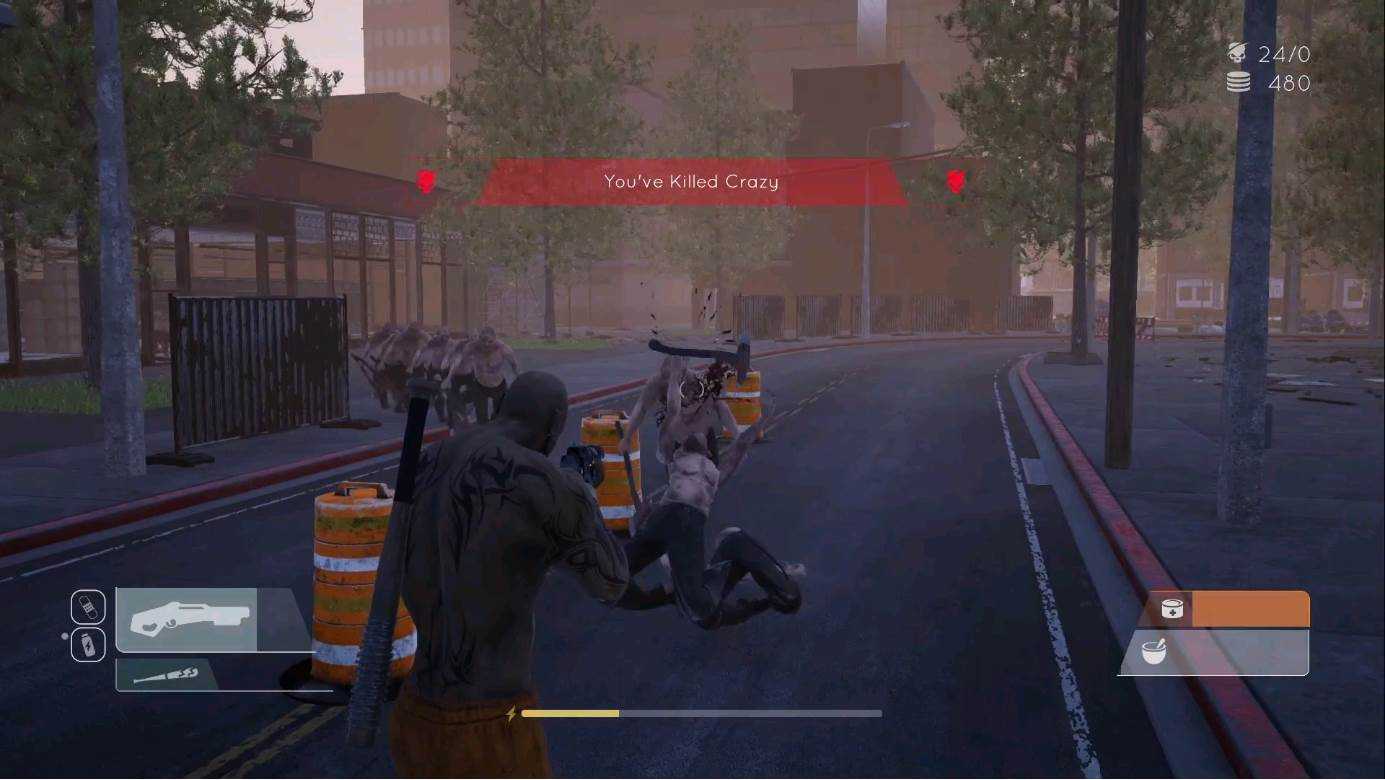 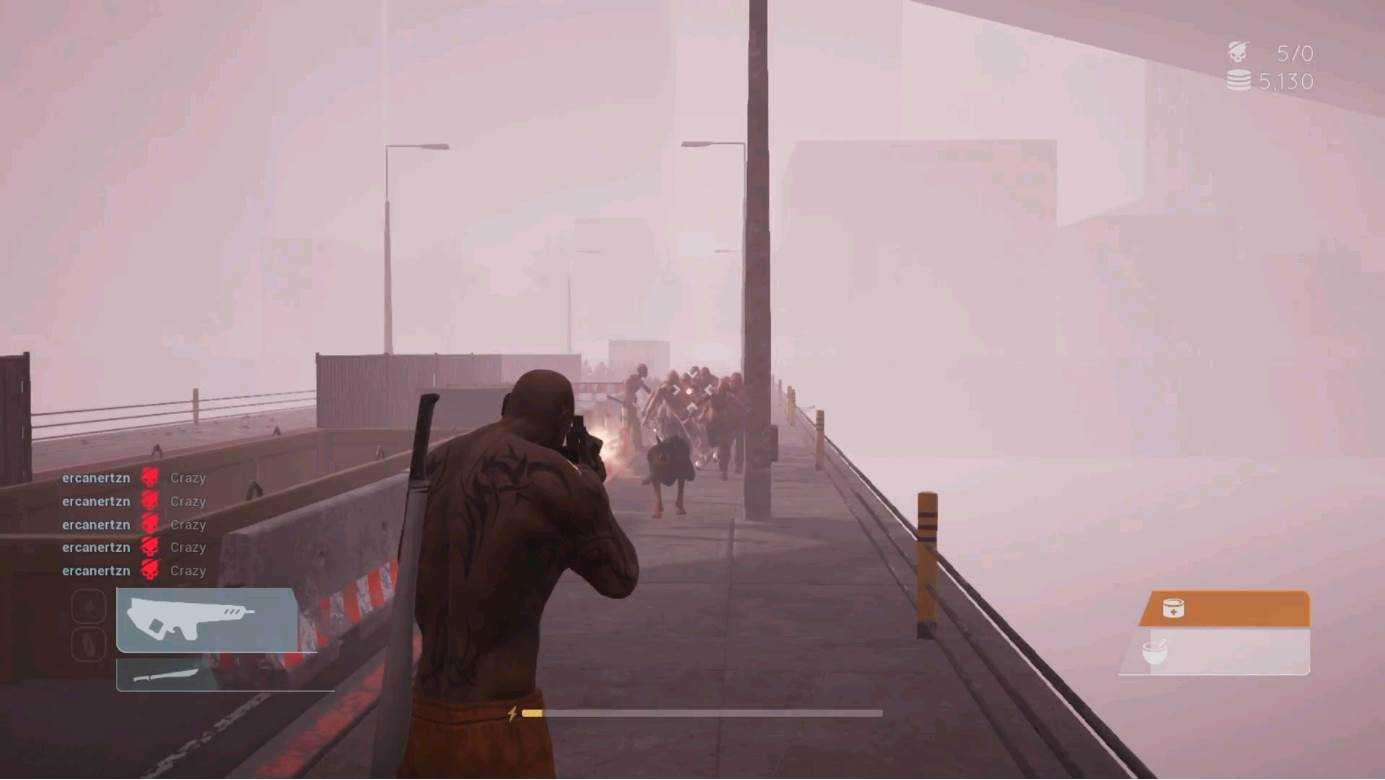 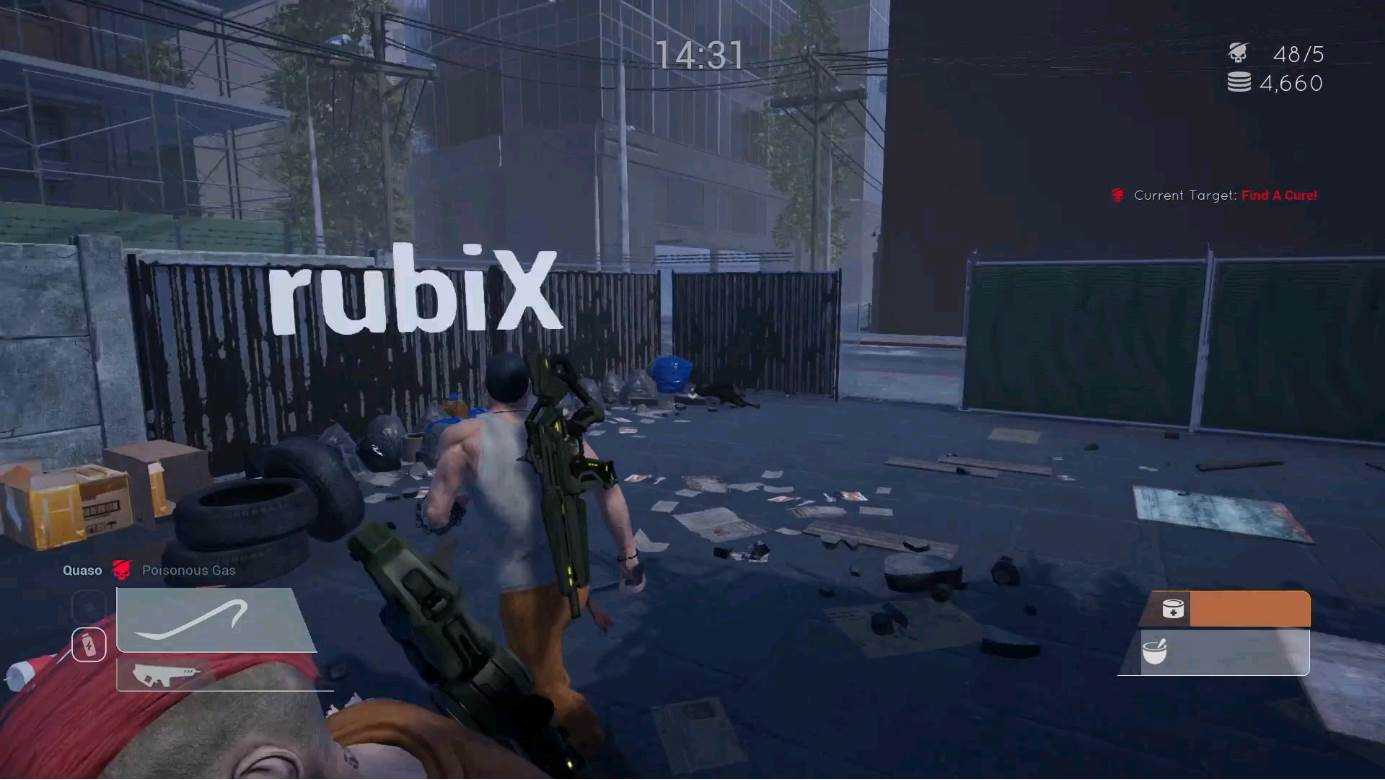 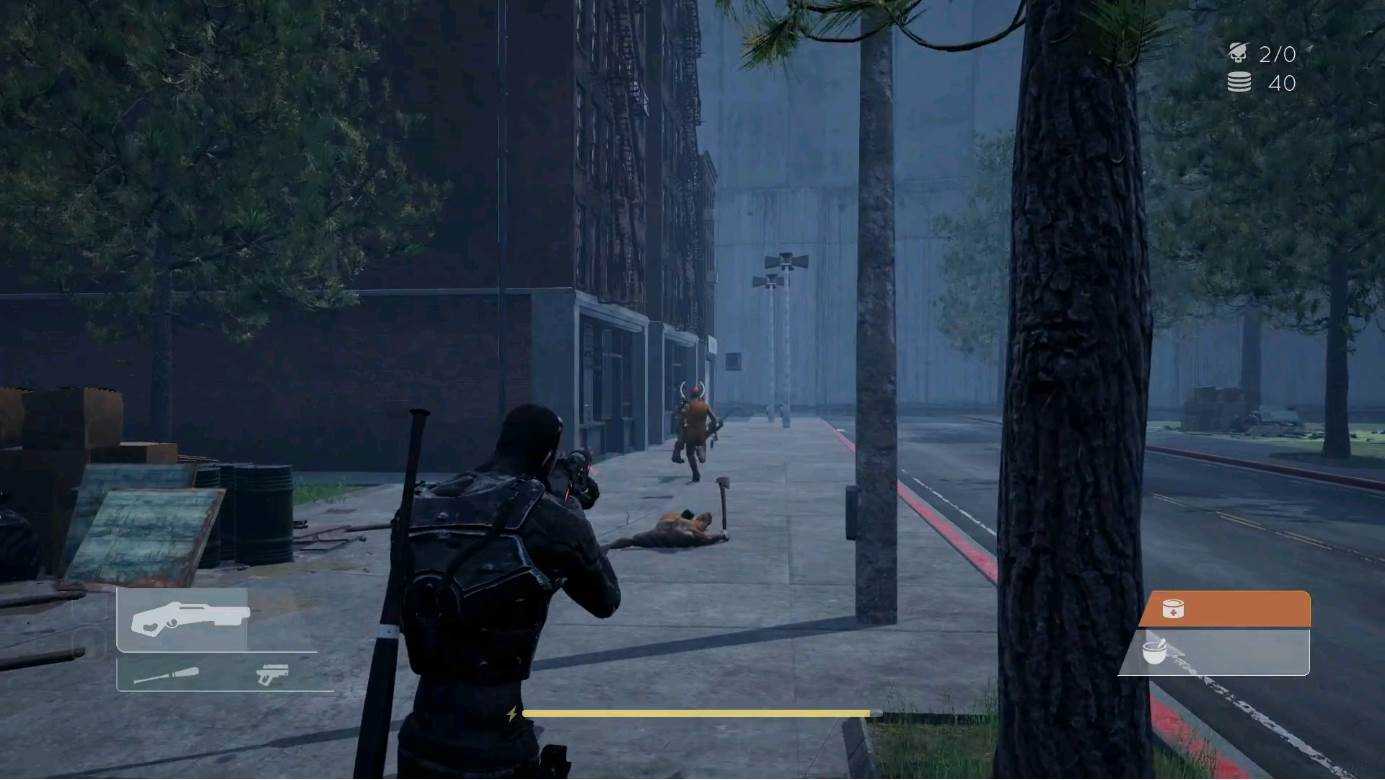 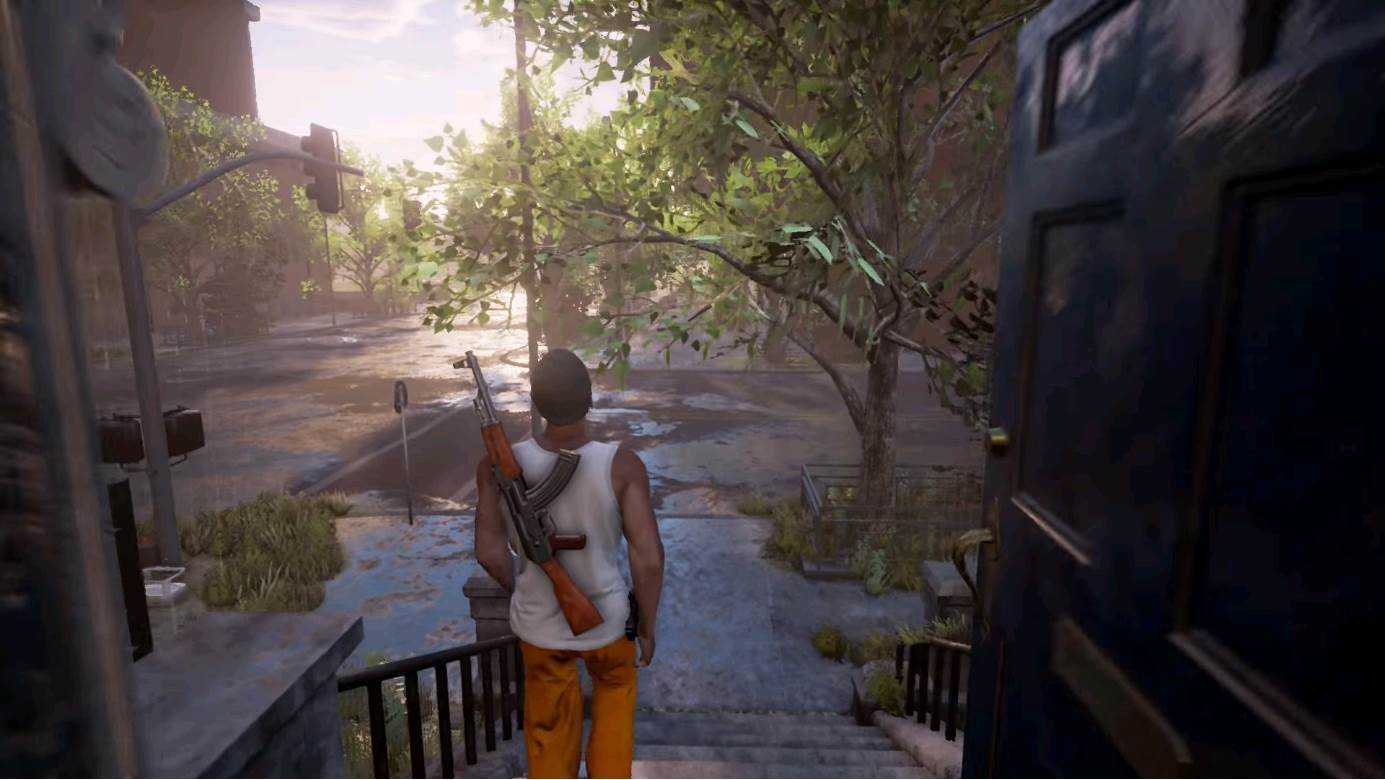 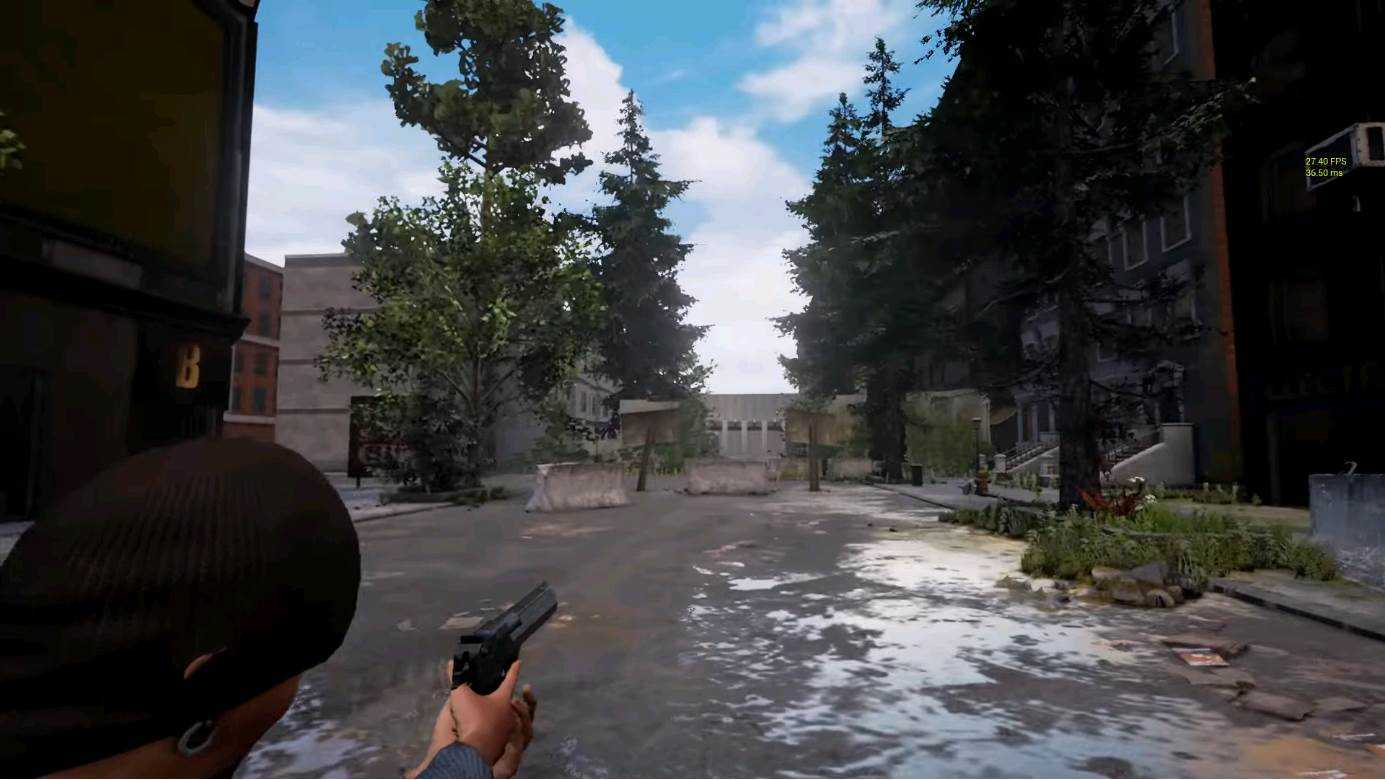 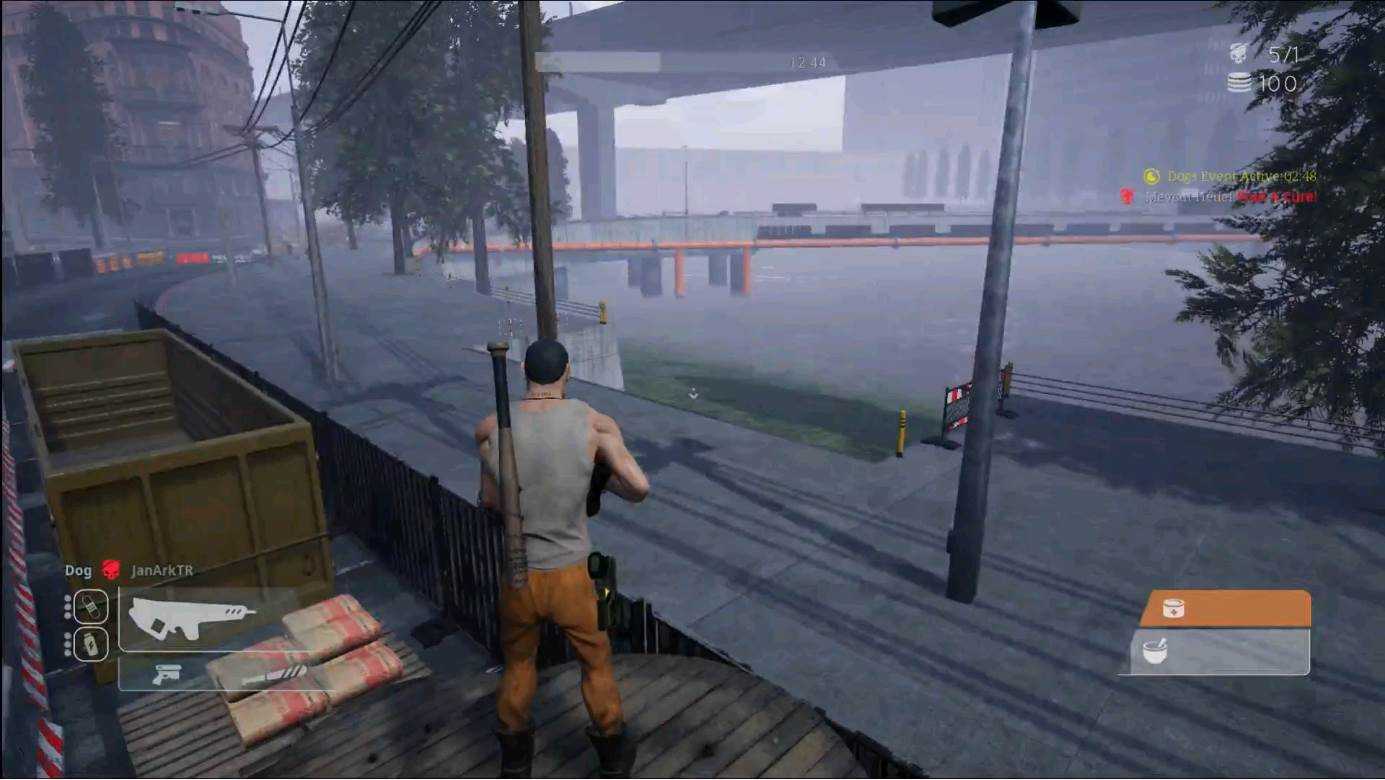 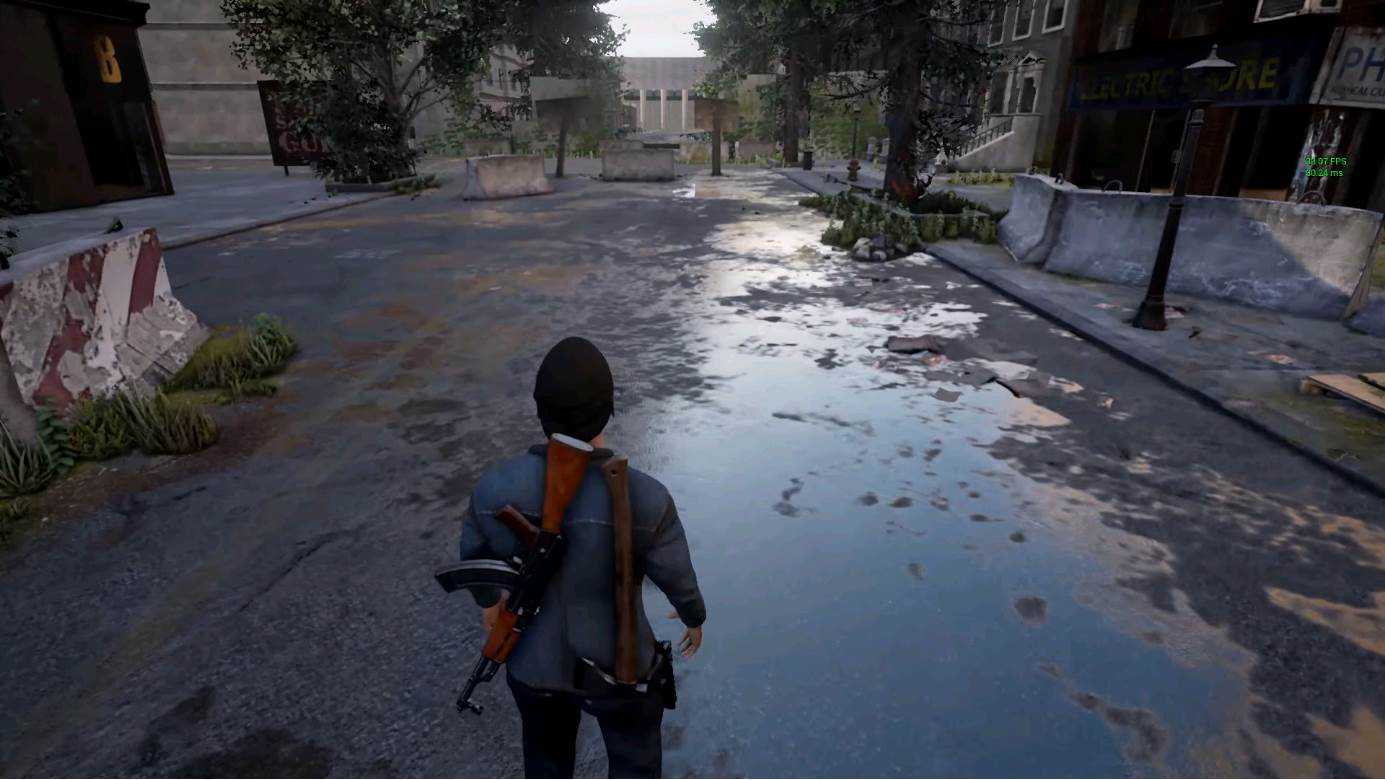 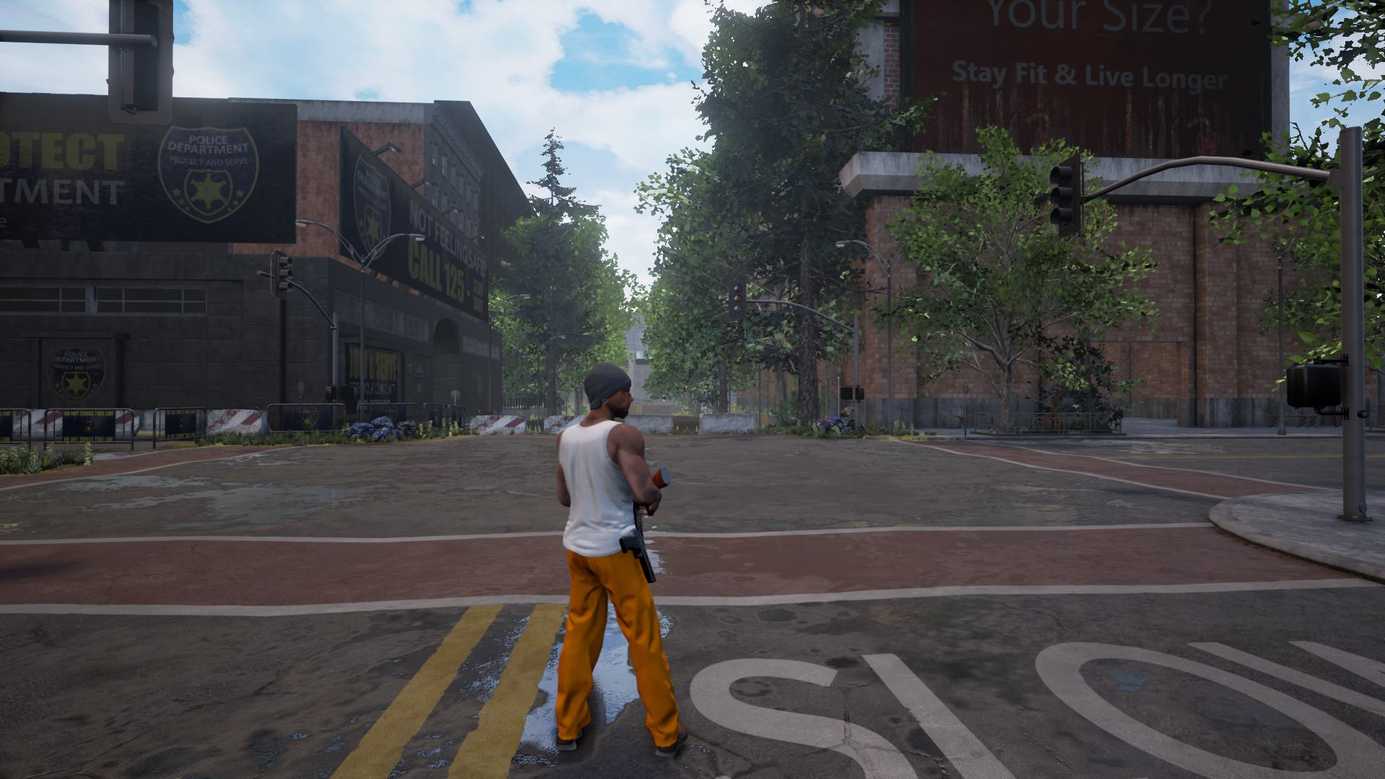 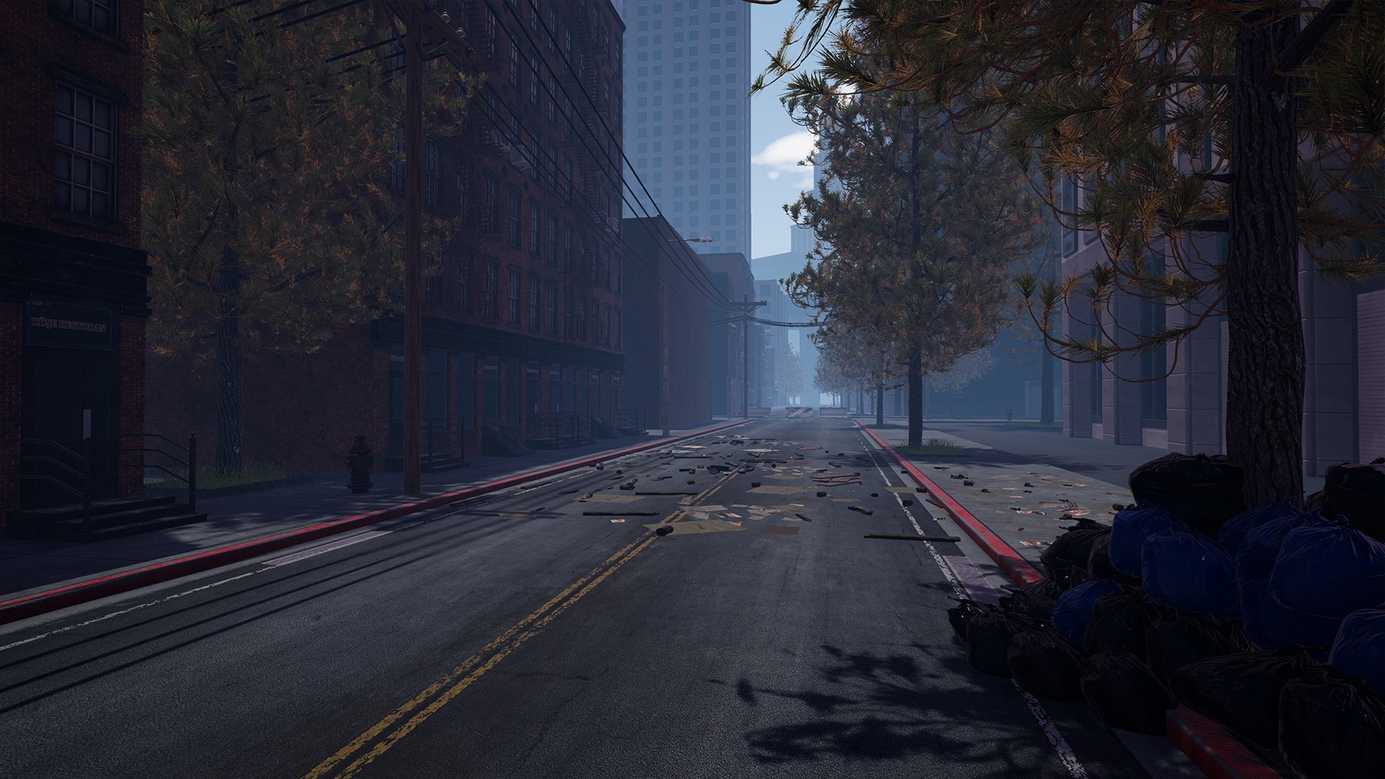 System requirements for The Prison Game

The Prison Game review and gameplay of the game

The harsh near future. The government comes up with a good plan for the release of prisons – criminals are given a choice: accept their fate and die from the death penalty, or try their luck and go to an abandoned town created specifically for a TV show. There, the prisoners will survive by killing each other. The state is only in the black, because it is watched by TV viewers, which means that the profit will be quite good, and there will be savings on prisons. You will have to play for one of these prisoners. The player will find himself in a small town, in a cruel but free world. It is not necessary to bear the burden of survival alone, you can always find a partner, and maybe a whole group. There is even an option to settle in one of the buildings, making your own base, sharing success with someone or collecting tribute for passing by. They will not give anything ready to the players at the start. Yet The Prison Game is not only a kind of “Hunger Games”, but also a game about survival. So be strong, look for recipes for guns, bombs, traps and craft them. However, there will be some handouts from the organizers: periodically, a signal will be heard throughout the city, which is the messenger of the beginning of the event. In one of these tests, there is a chance to get a ready-made thing right away, without begging on the corridors with a crumpled recipe in your hands. The first type of events that awaits you is a “Mental hospital”. It will be necessary to go down into the dark corridors of this psychiatric hospital, and there will be, so to speak, “sick” people with good weapons. You can kill them and take everything for yourself. Trying is not torture. Don't forget to bring a lantern! The next option is the “Reapers of the Army”. The military will be sent to the city to kill you, but they will not prowl everywhere, but will only take some positions, trying to kill those passing by. They will have better equipment than the psychos, but they still have the opportunity to take everything when they win. It won't be easy – they're wearing armor, and you're only wearing scraps of fabric, but it's worth a try… Mad Dogs” – this is the name of the next event. Hungry dogs that have been set on everyone will be sent to the city. They will appear in random places, and their bite will lead to a painful and slow death. But if you have the necessary medications, then the disease will pass within two days. Finally, the last test, “Poison Gas”. They will let gas into the city, from which you will quickly die, the only salvation is a gas mask. Only a few pieces will be dropped, whoever manages to pick up at least one will survive.