Go through a nightmare, reach the vicinity of Hell and pay them back in their own coin!

Original id Software developers are legendary. They made really good games, revolutionized the first-person shooters, and came up with a Deathmatch concept to name a few. Their highly anticipated Doom 3 game made a lot of noise back in 2004. At the time, there was John Carmack and his team in charge of the development process. And they decided to utilize a new horror survival theme for it instead of the classic shoot-and-run formula. This decision spawned many discussions in the game community but after all these years it's hard to imagine this game to be made differently. Story-wise you're offered to play as a marine who goes on combat duty to the UAC Mars Research Facility. Something is fishy with this place and not long after your arrival a massive incident happen that turned the facility workers and your colleagues into hellish nightmare henchmen. While walking through the dark corridors, you can feel this oppressiveness and sense of frustration. The ability to use a flashlight or weapon but not both of them simultaneously adds up to the overall tension. As a side note, the simultaneous use of these items was addressed in the BFG edition of the game but that's heresy and non-canonical for true Doom 3 devotees. Scarce ammo and armor, enemies spawned behind your back, screams, and agony of survivors — all of these make a unique atmosphere of a brilliant title where game and sound design together with good storytelling won't let you go till the end. 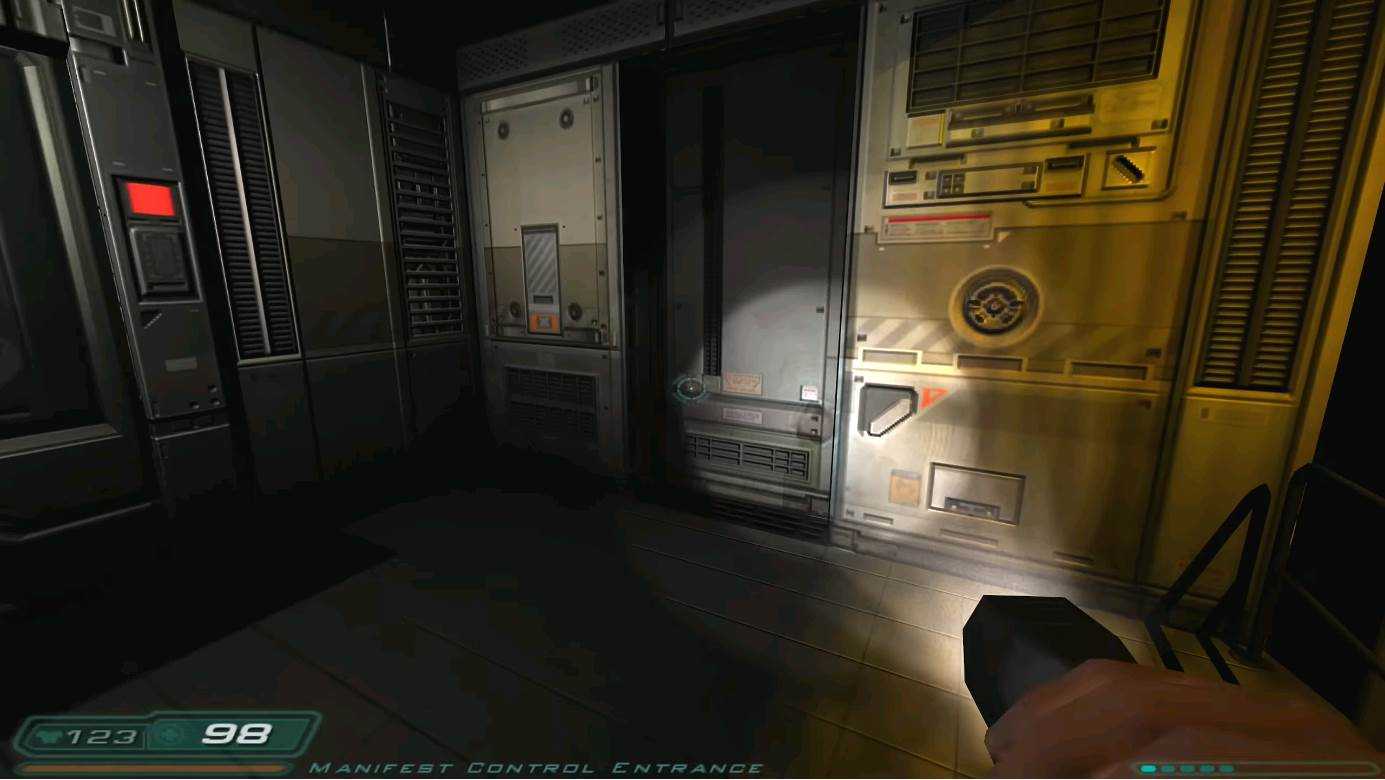 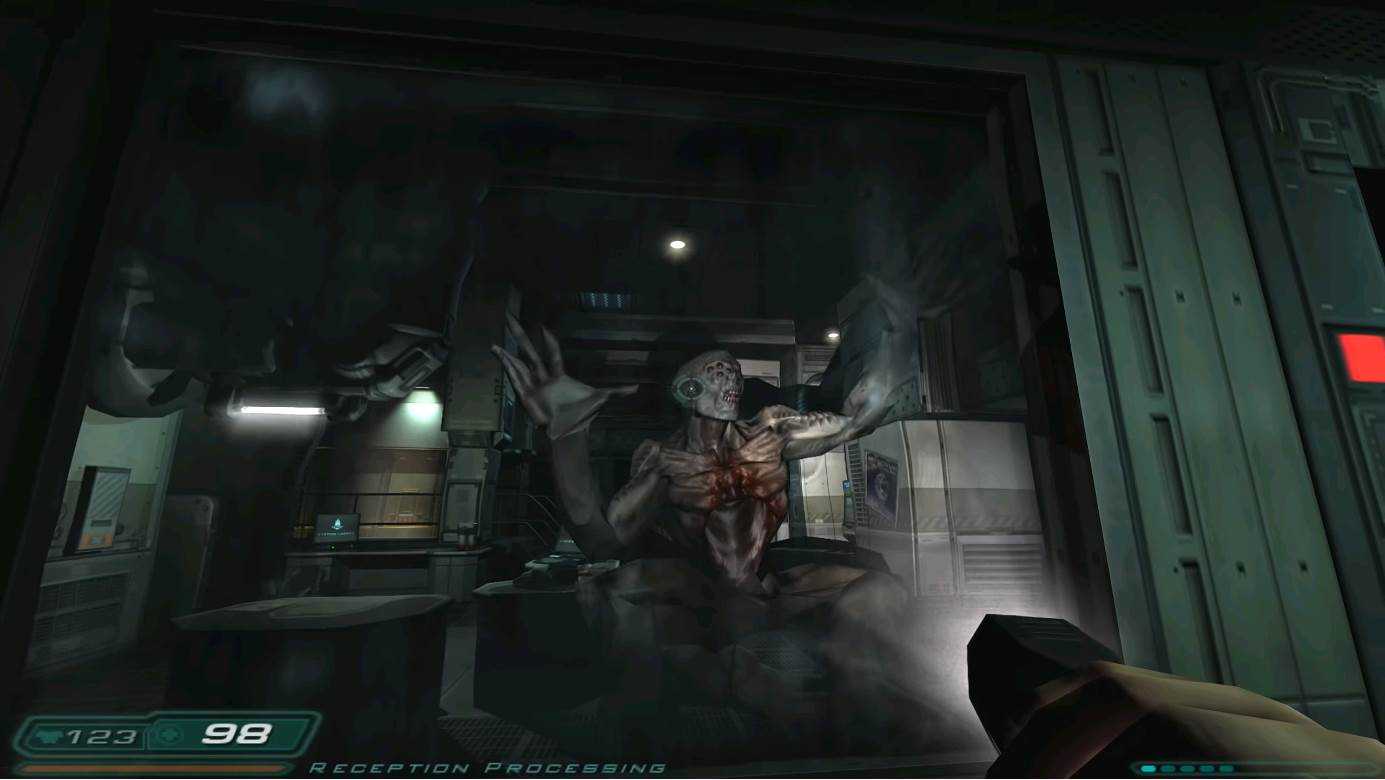 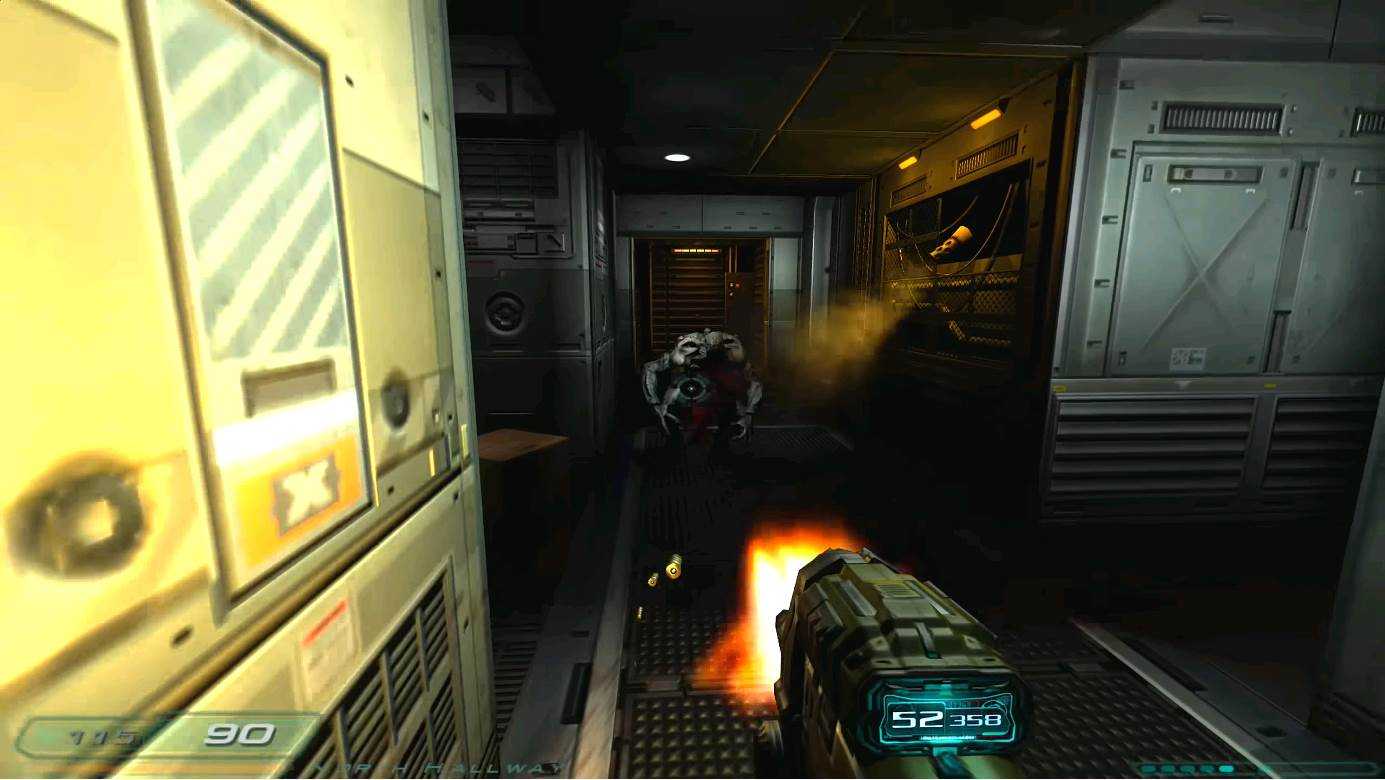 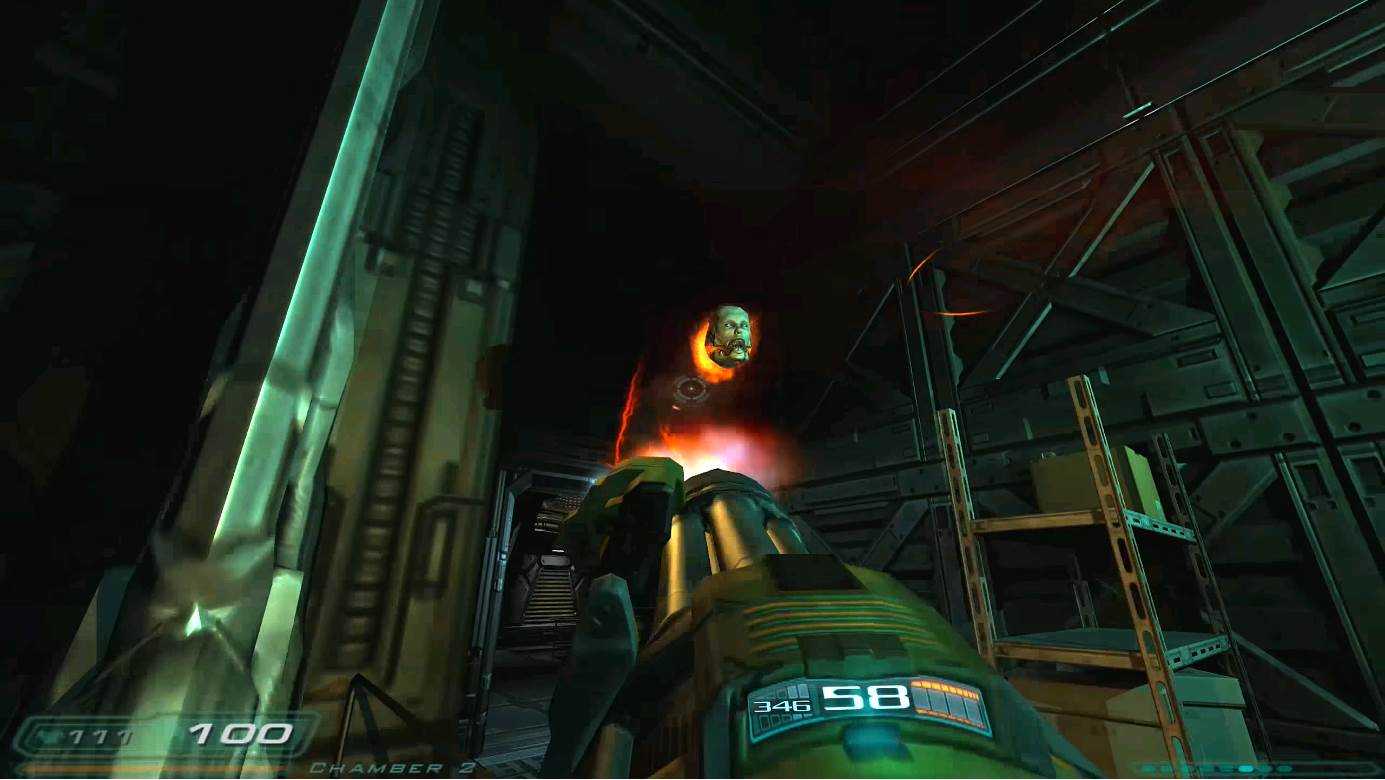 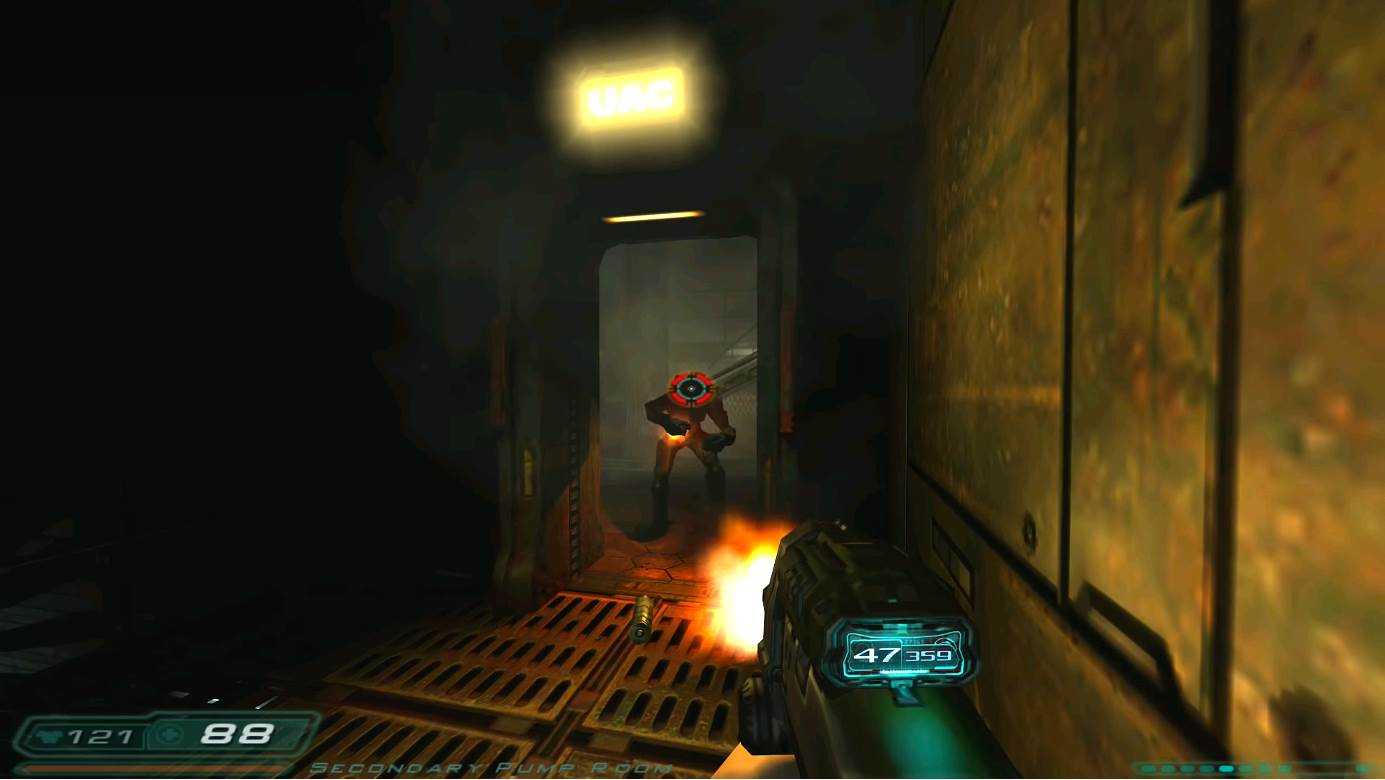 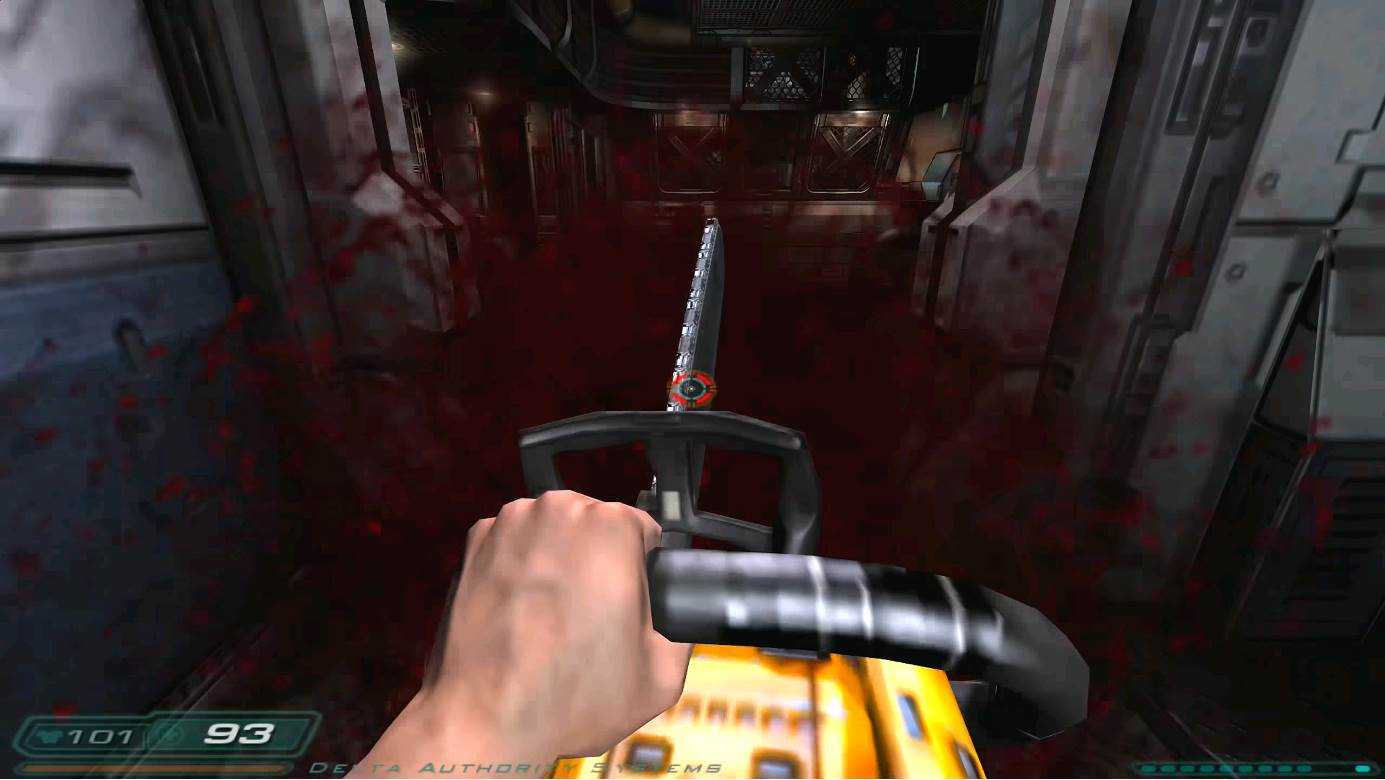 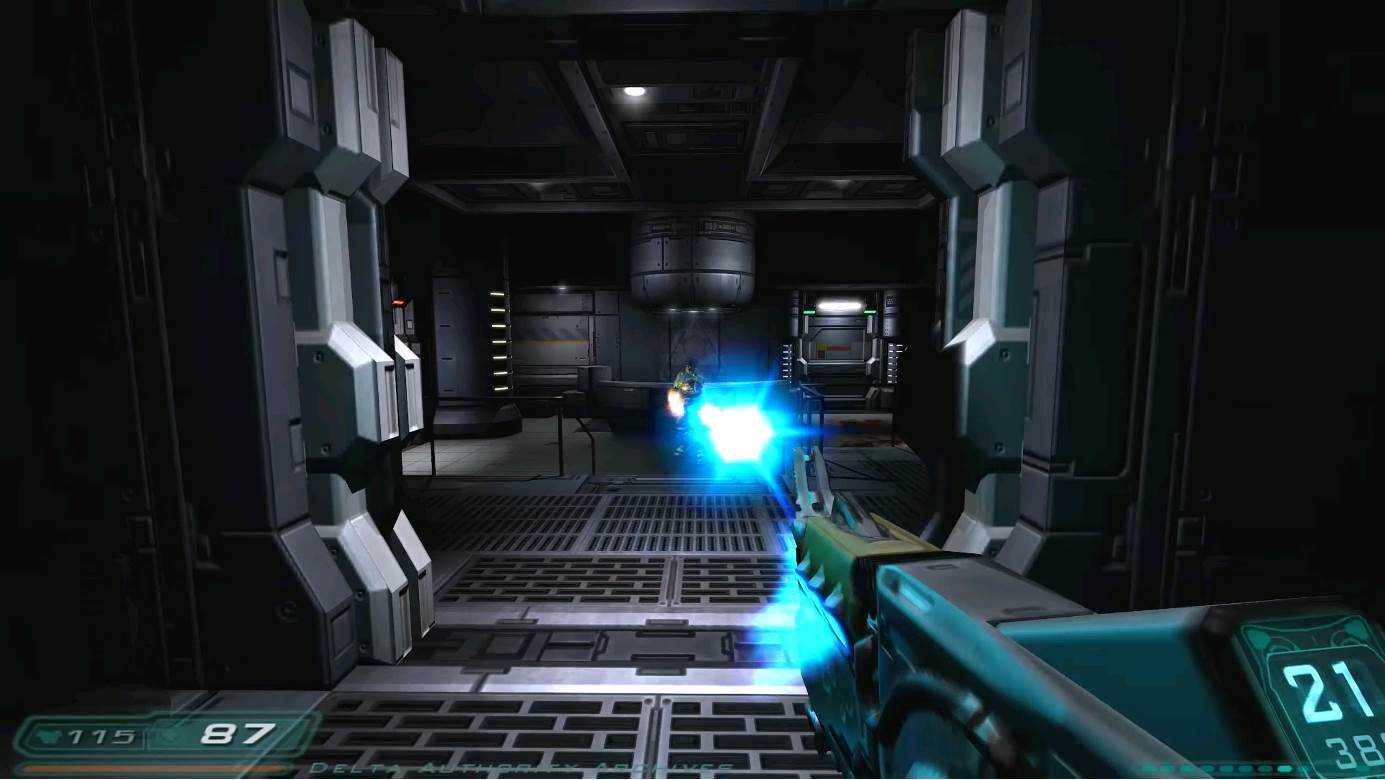 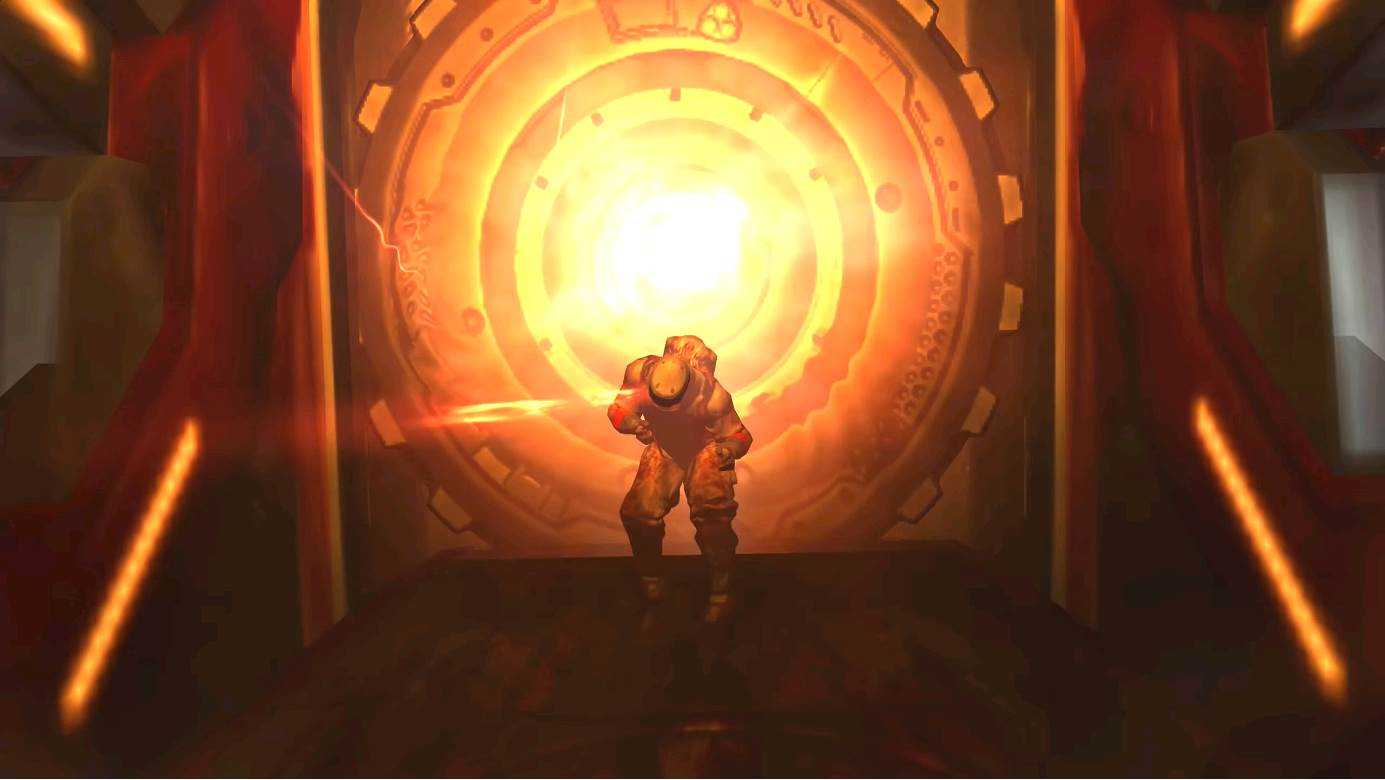 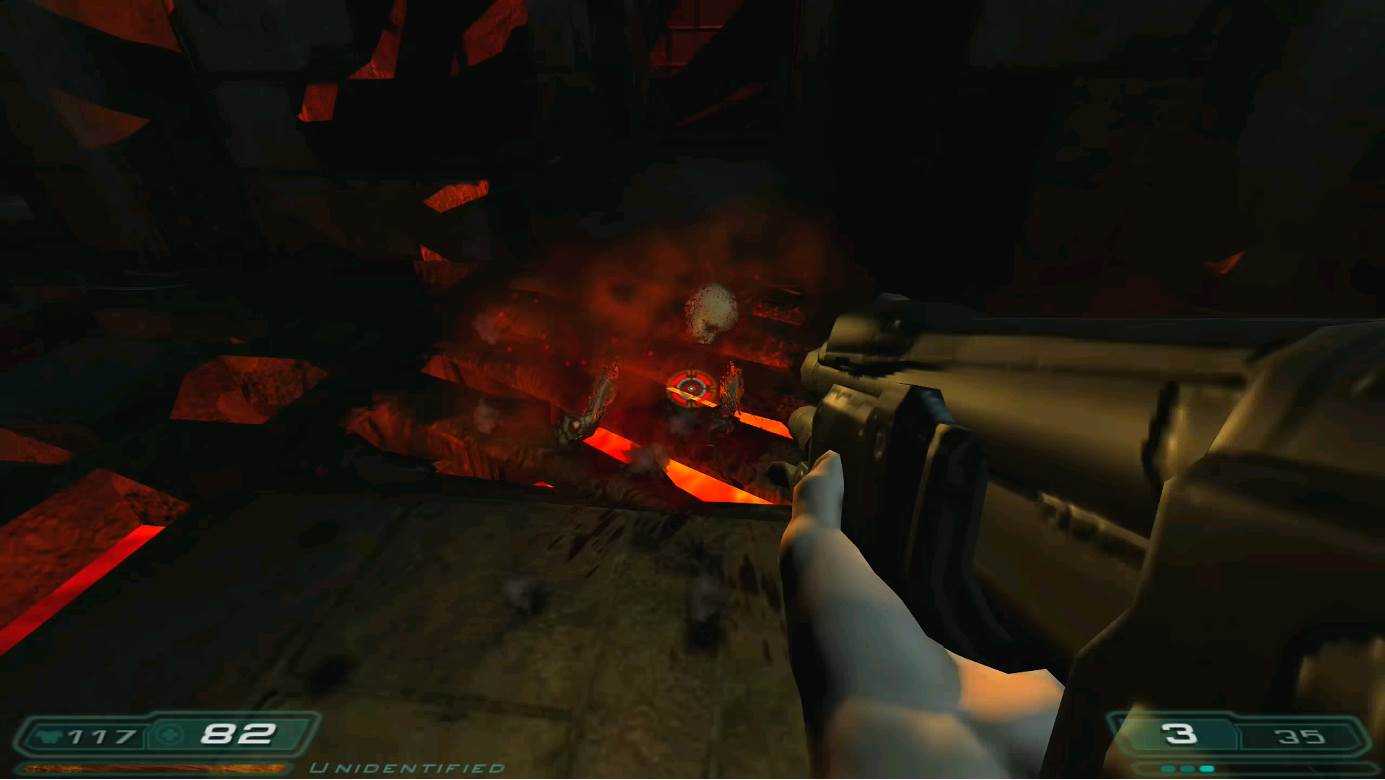 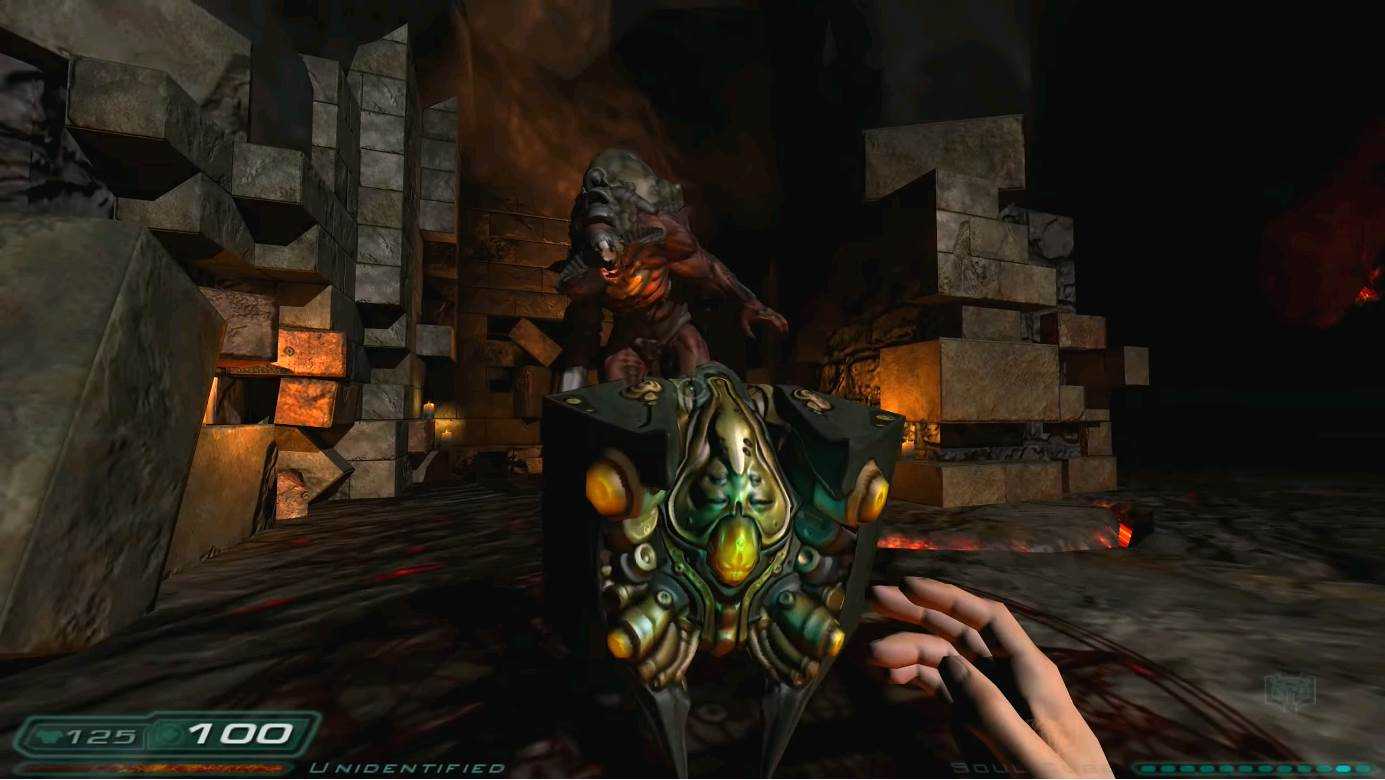 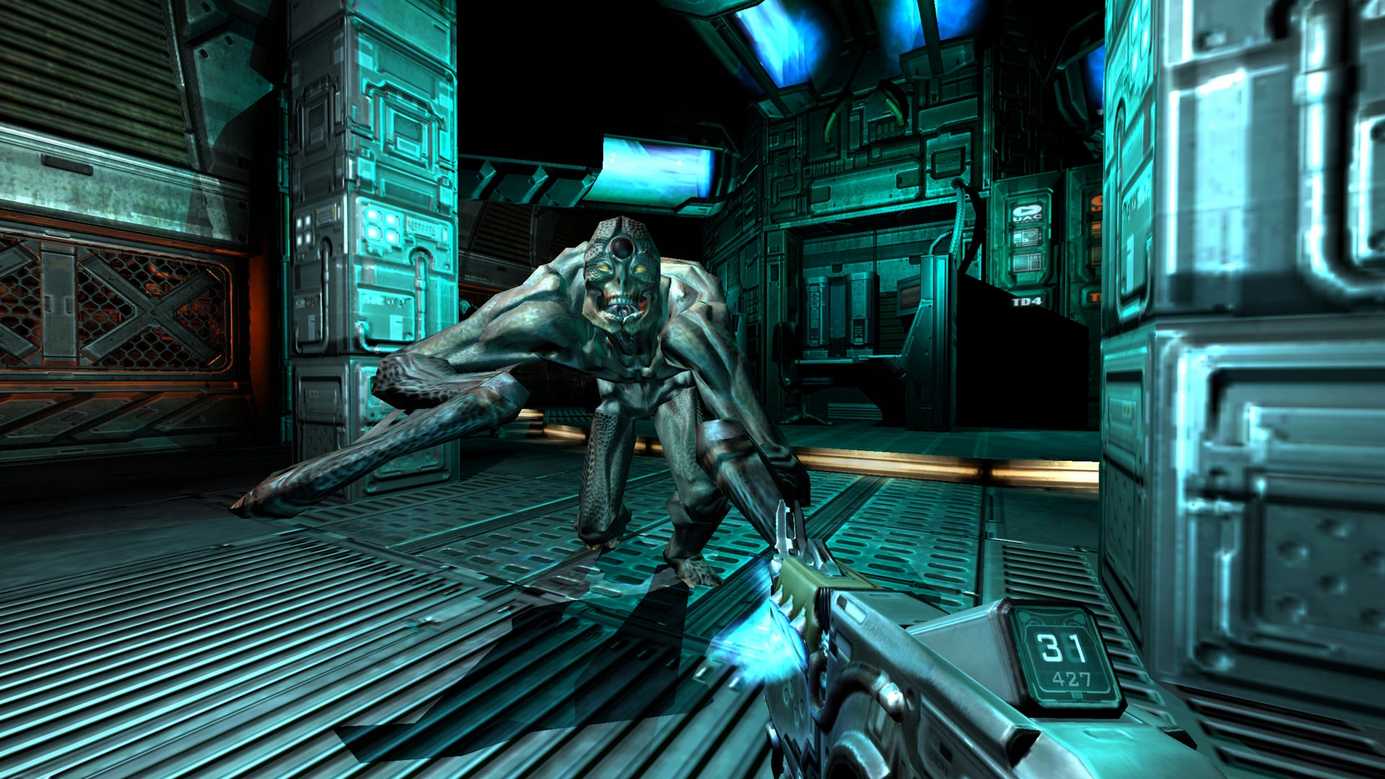 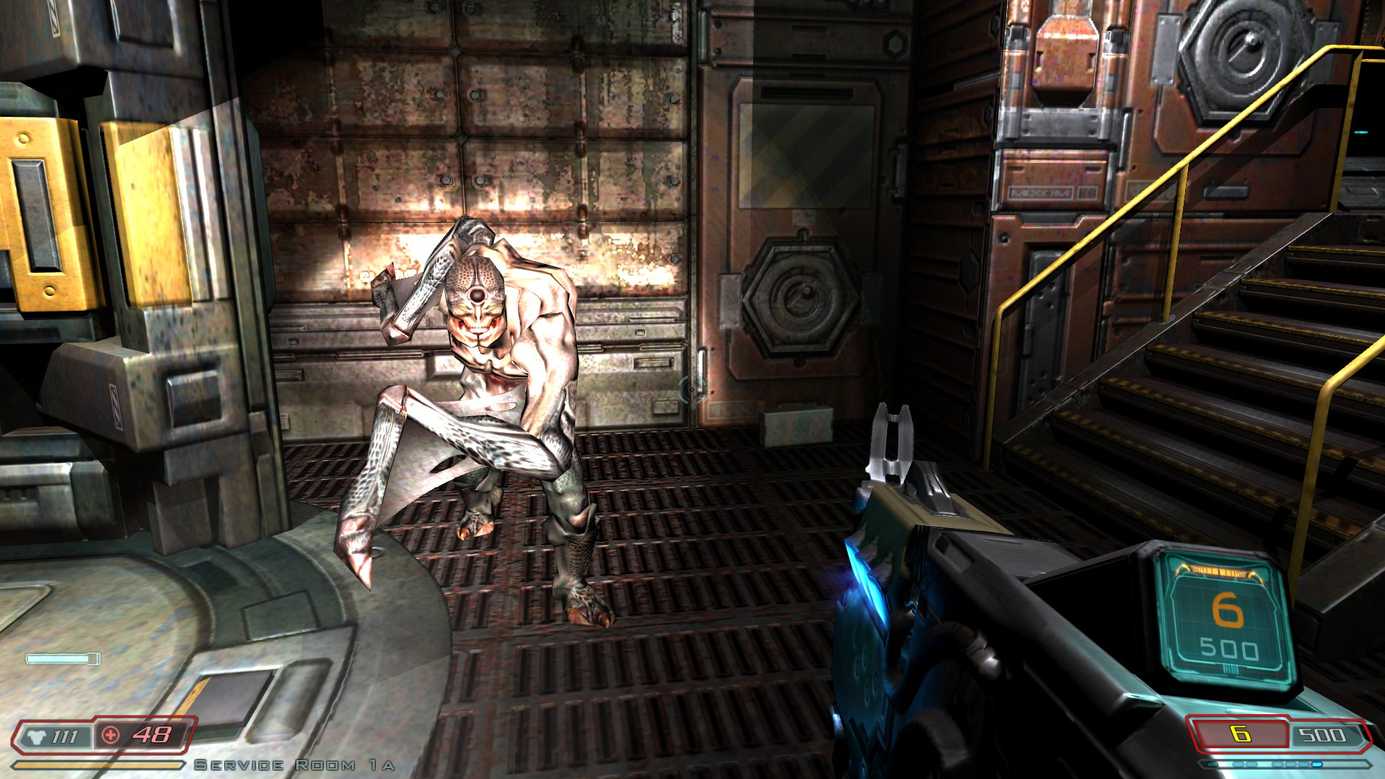 The brand new launch trailer introduces players to the DOOM 3

Important Note: Some 3D accelerator cards with the chipset listed here may not be compatible with the 3D accelerator features utilized by Doom 3. Please refer to your hardware manufacturer for 100% DirectX 9.0b compatibility. This product does not support Microsoft® Windows® 95/98/ME or NT.

DOOM 3 review and gameplay of the game

The game Doom 3 is perhaps the most terrible of the Doom game series. After all, it is in this game that the developers have learned to play with shadows so that until you come close to them, you will not know what can hide under their cover. This game is a linear-corridor first-person shooter action that takes place on a space station that is located on Mars. The game was released in 2003, and in 2012 and 2018, new Doom games were released, which were more similar to the very first games in this series. The plot of the game Doom 3 originates in a laboratory on Mars in 2145. This laboratory is engaged in biological research, teleportation, the creation of modern weapons and other research, which always and in all series of games end in problems. The player will have to take control of a marine, who after the incident will be forced to break through the consequences of a failed experiment. During the game, you will learn a lot about what happened here, and what experiments were carried out at this station. Your journey through the compartments of the station will help you save the earth from demons and monsters who broke through the opened portal to Hell. Doom 3 has a very interesting plot with the ability to explore the space around you. The game is divided into levels, each of which has its own game goal. To destroy all the fiends who have escaped to freedom, the player will be given a large number of firearms, grenade launchers, as well as several unique types of energy weapons. The game encourages careful resource management. Since the amount of ammunition is still limited. Players will need to have time to switch between the lantern and the machine. Since the main character does not have a night vision device, and the light source is only a lamp under the ceiling and a flashlight. Unfortunately, the lantern can not be fixed under the weapon and it can also not be taken in the second hand. Either in the hands of only a lantern, or only a weapon. If you have a desire to be a little afraid, then do not miss this classic survival horror game. Let's summarize the review of the game Doom 3 Dark and creepy game atmosphere. Destroy zombies, monsters and other fiends of Hell Revives the Doom game series, but in a completely different way. The game is available on the main gaming platforms.

PC Gamer – N/A/100
N/A
GameSpot – 8.5/10
Doom 3 is a spectacular game in the purest sense, and it is therefore by all means worth experiencing by those with an interest in witnessing just how far the technology of gaming has come along.