Double Action Boogaloo is a free-to-play HL2 mod powered by the Source engine. It was made by a group of enthusiasts who called themselves Double Action Factory. At its core, the game is a third-person shooter with a bullet-time feature and skill-based rewarding system. In the beginning, you can customize your character by choosing its appearance and assigning one of the available style skills such as Reflexes, Marksman, Bouncer, Nitrophiliac, and Athlete. Depending on your choice, the respective ability will be enabled giving your character benefits in slow motion, gunplay, brawling, explosives, or stunts. Rewards are given for performance. It's indifferent to how fast you eliminate enemies prioritizing the style you were using instead. The more intricate you act, the higher reward you get. You can also punch your opponent to death if you run out of bullets at the wrong time. The gameplay is Max Payne-esque in a way of using the bullet-time feature. You can land beautiful shots and score big points while you're at it. DA Boogaloo has a set of maps resembling popular movie franchises. For instance, there is an abandoned train station that looks like the one from the Matrix movie. The game comes with the Source SDK and level editor in one package. It's a nice addition to an astonishing game experience and a good chance to try your skills in modding. 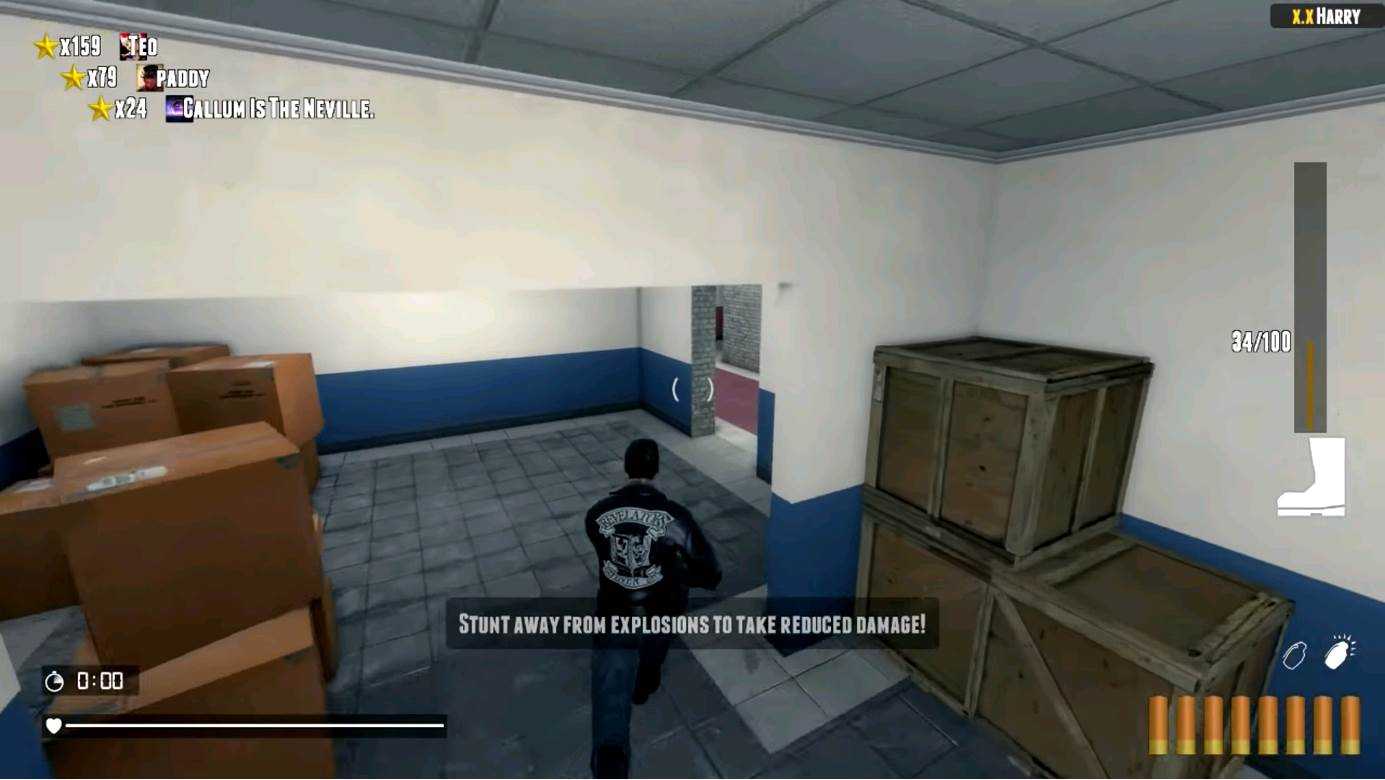 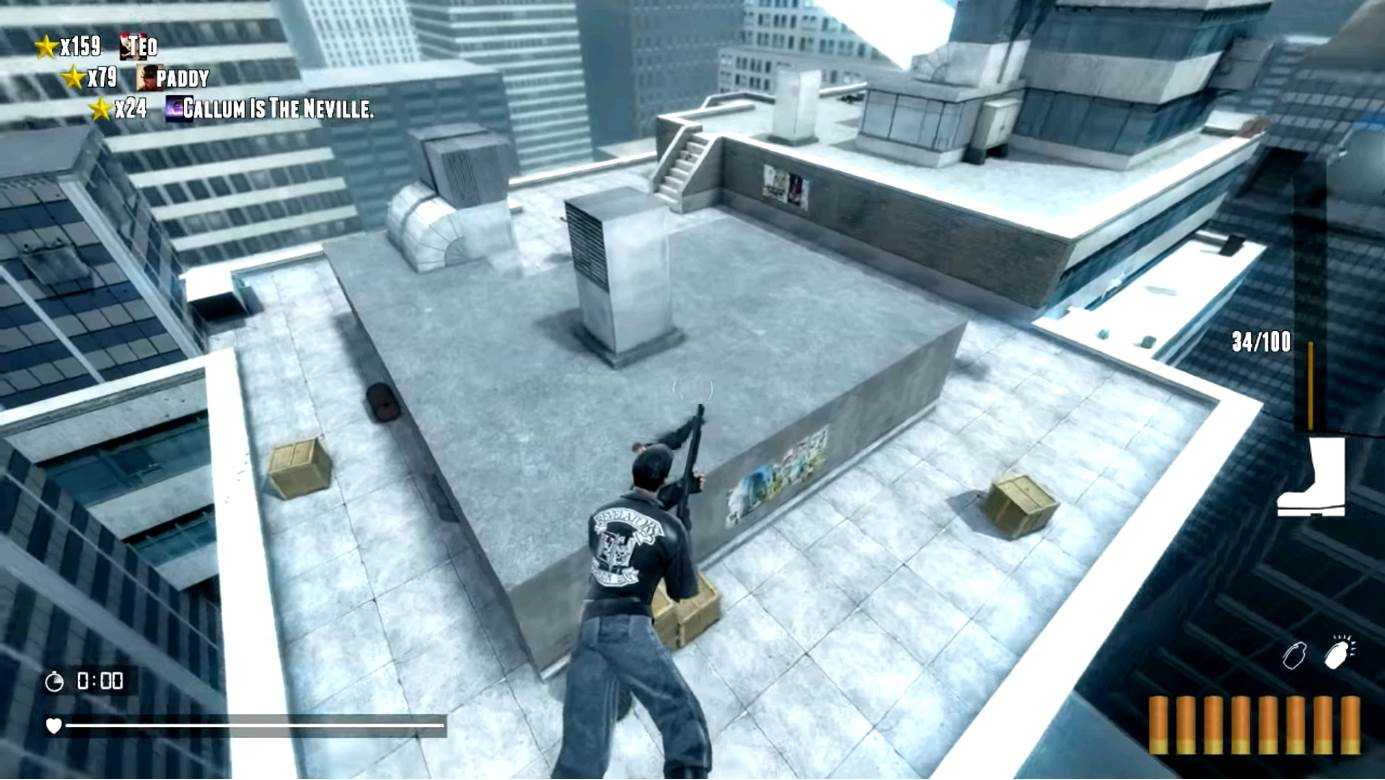 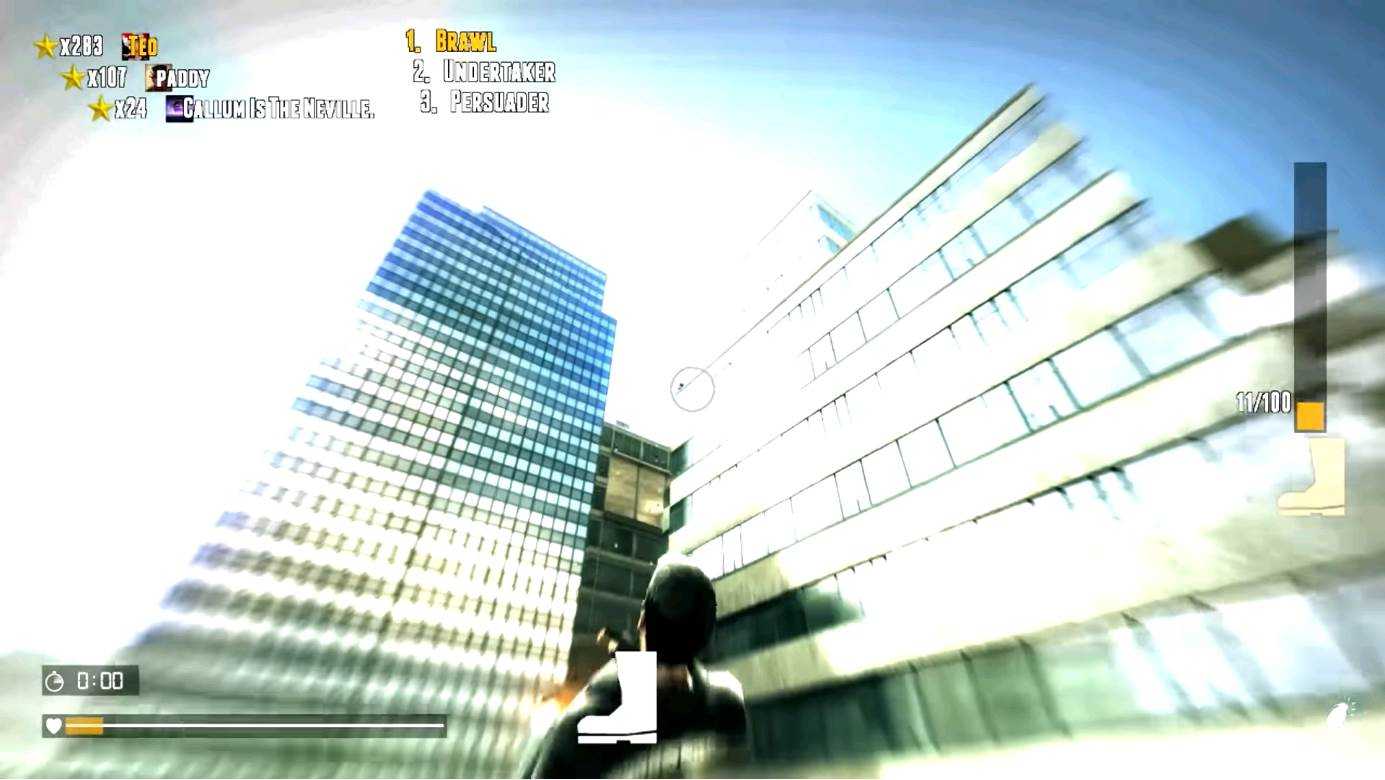 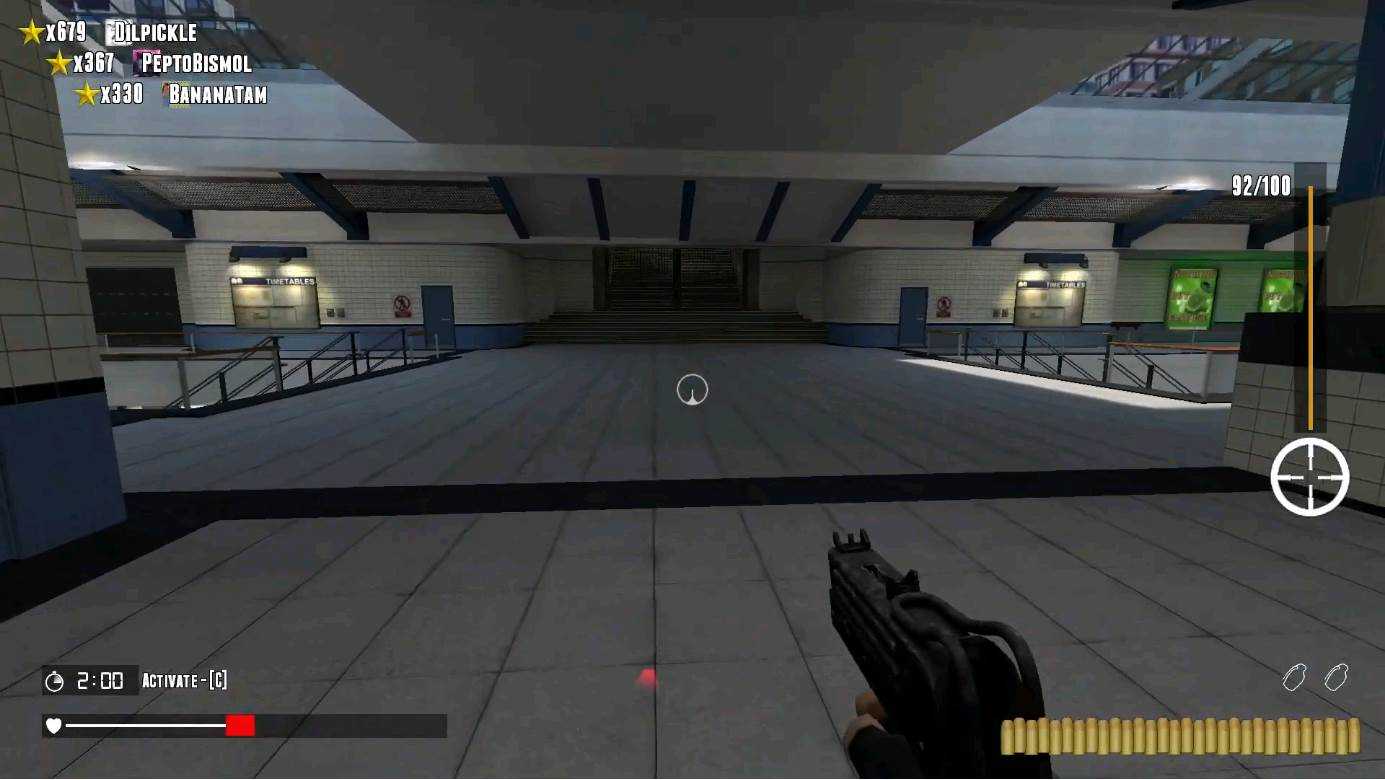 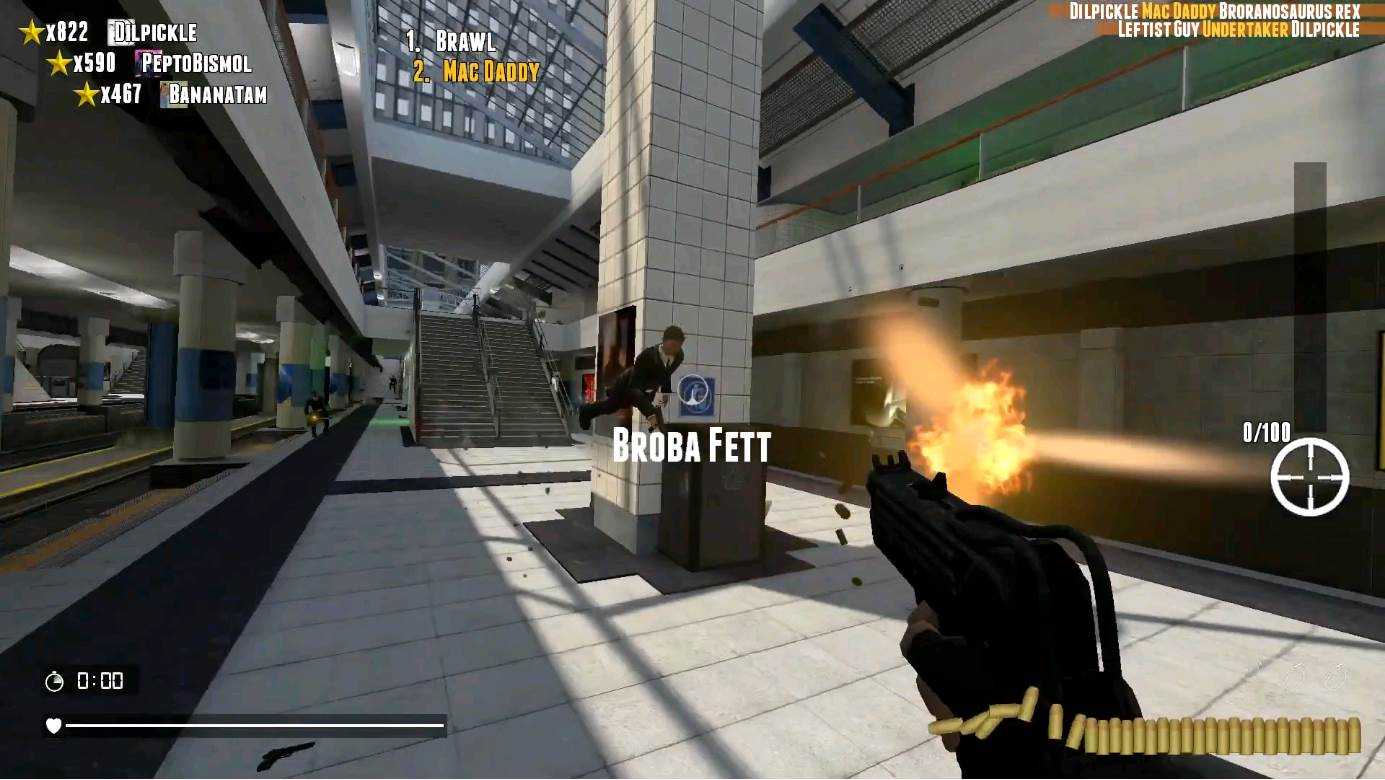 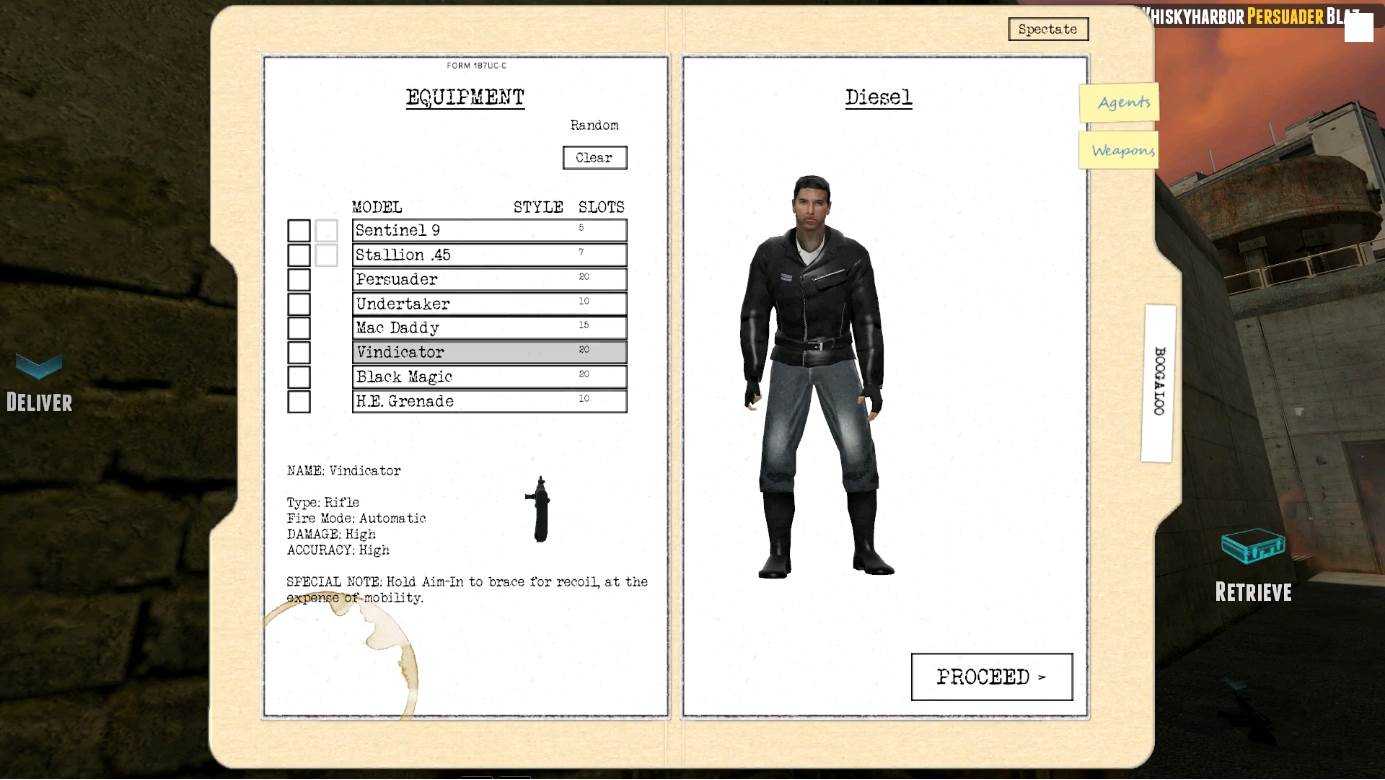 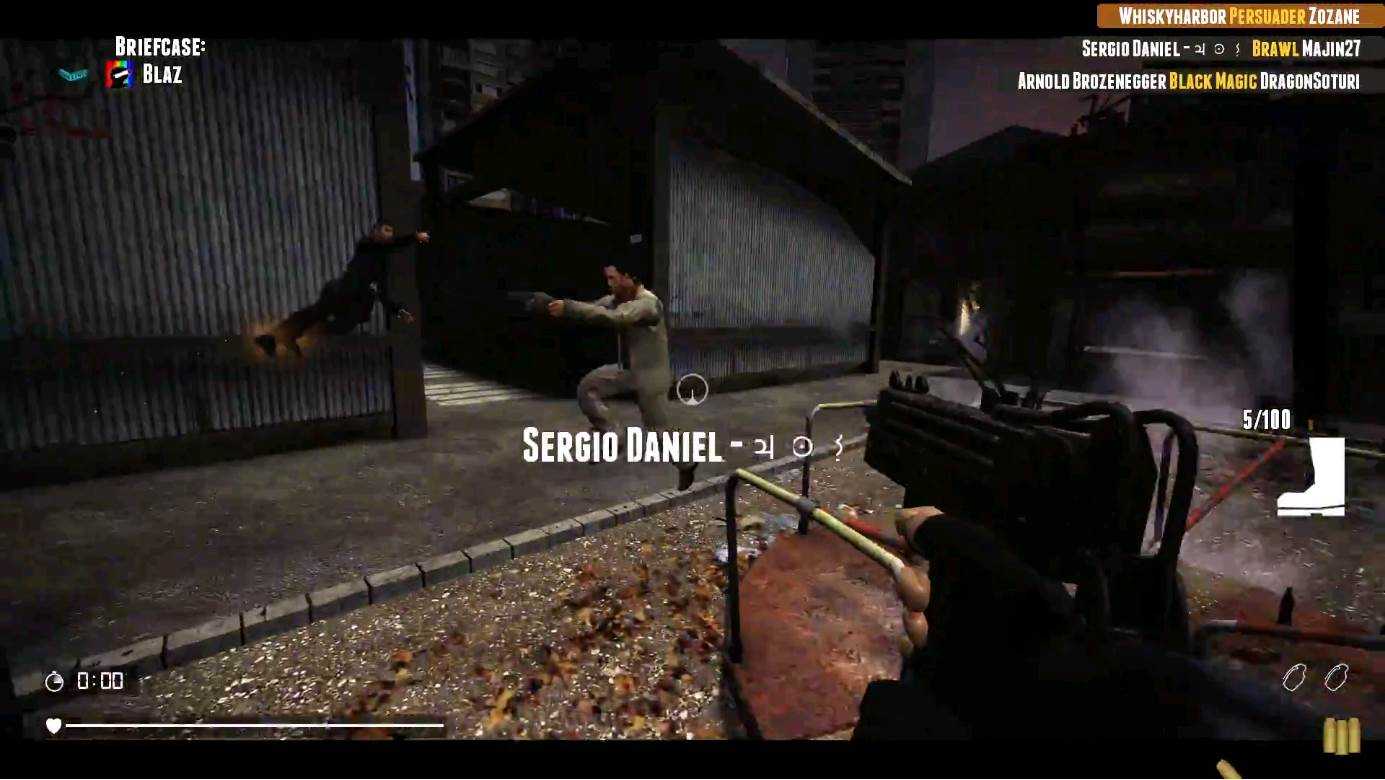 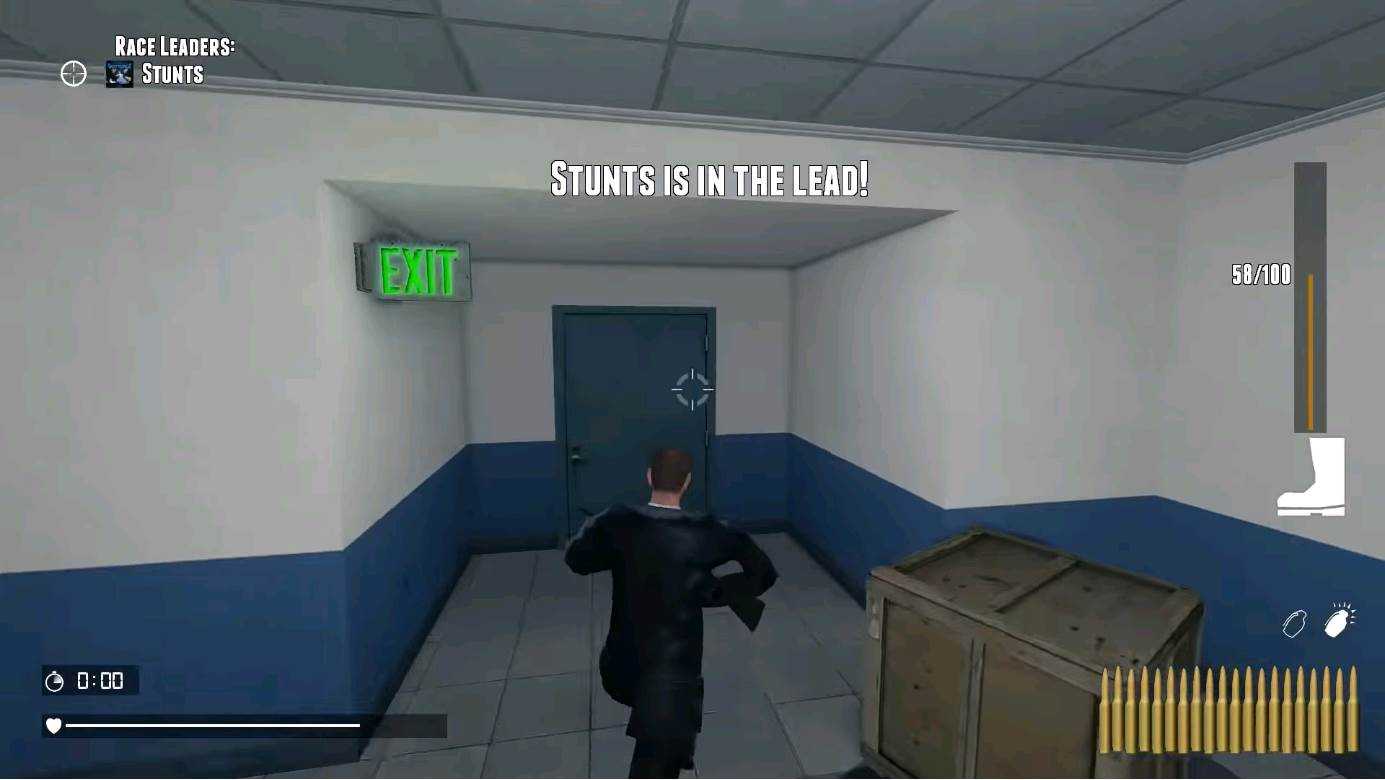 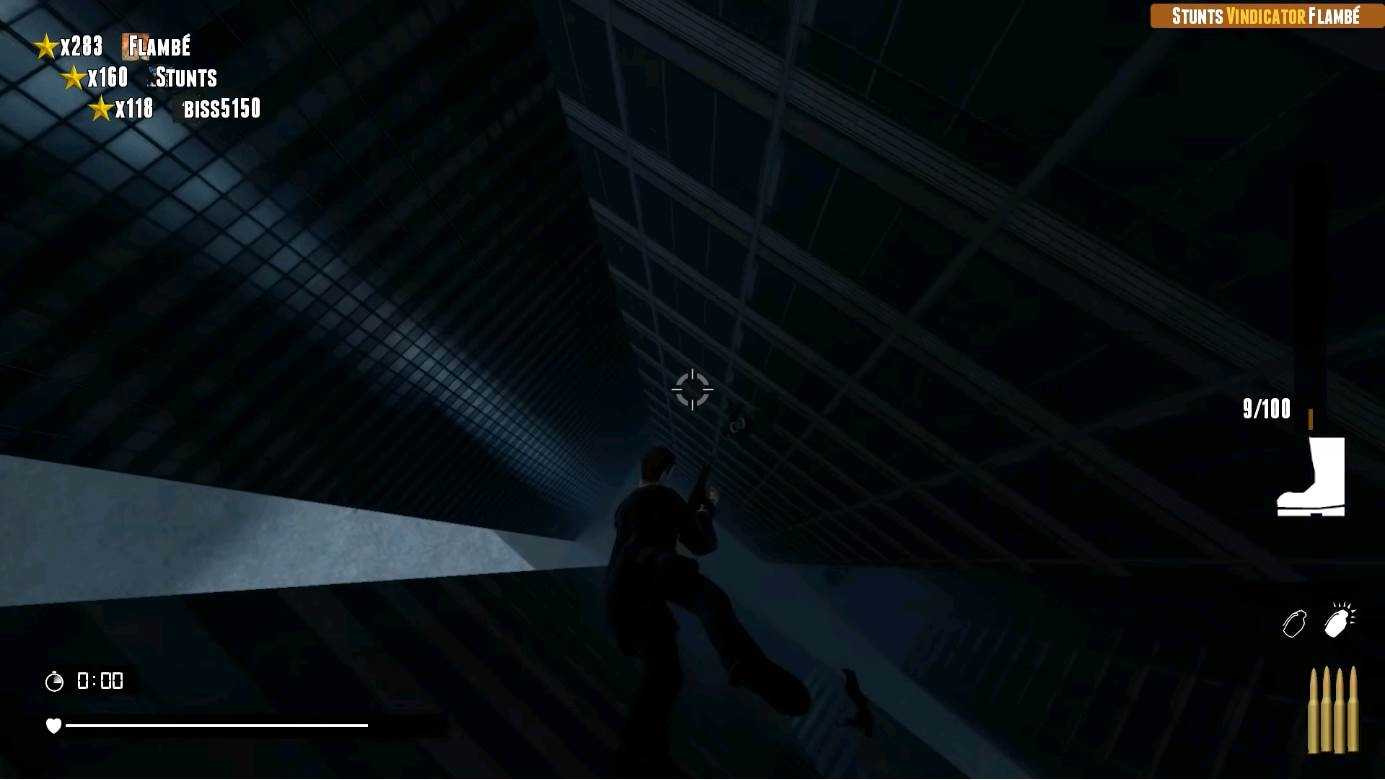 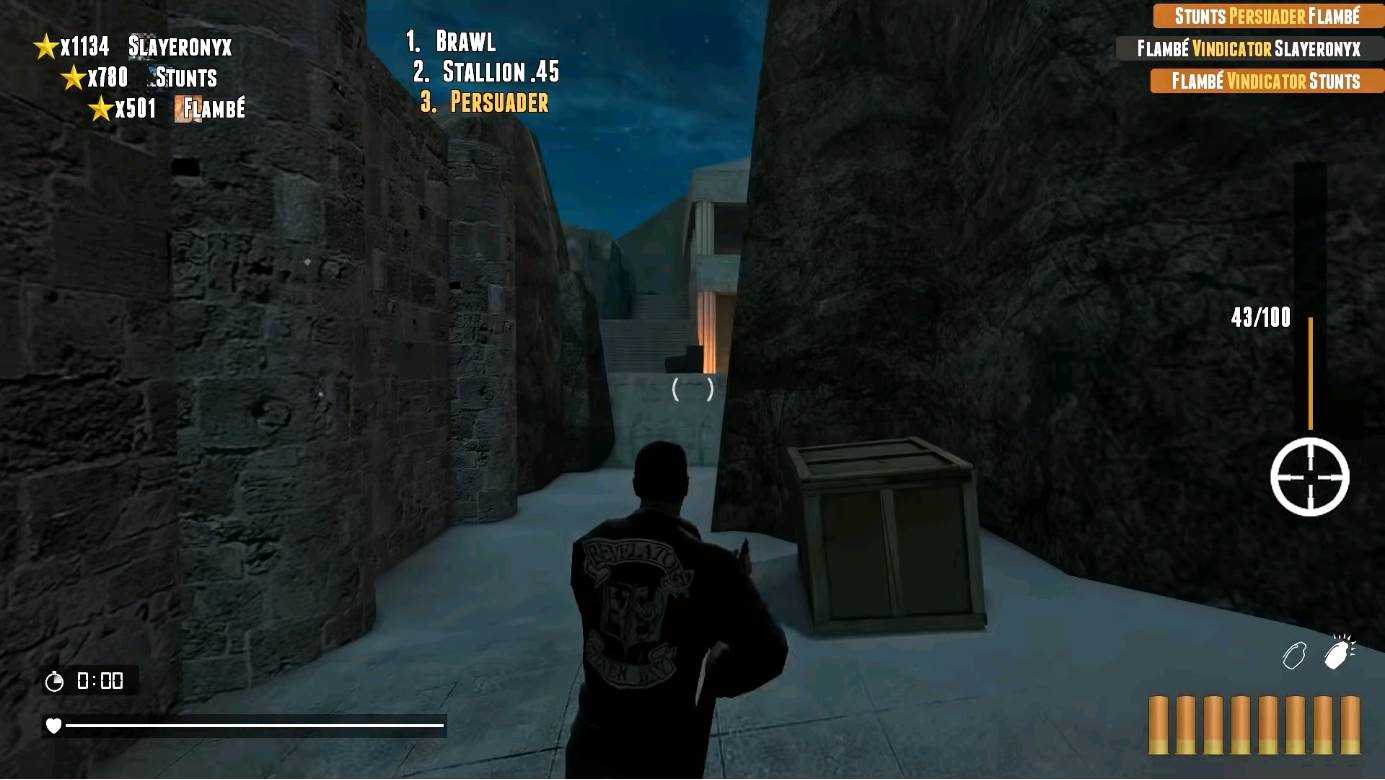 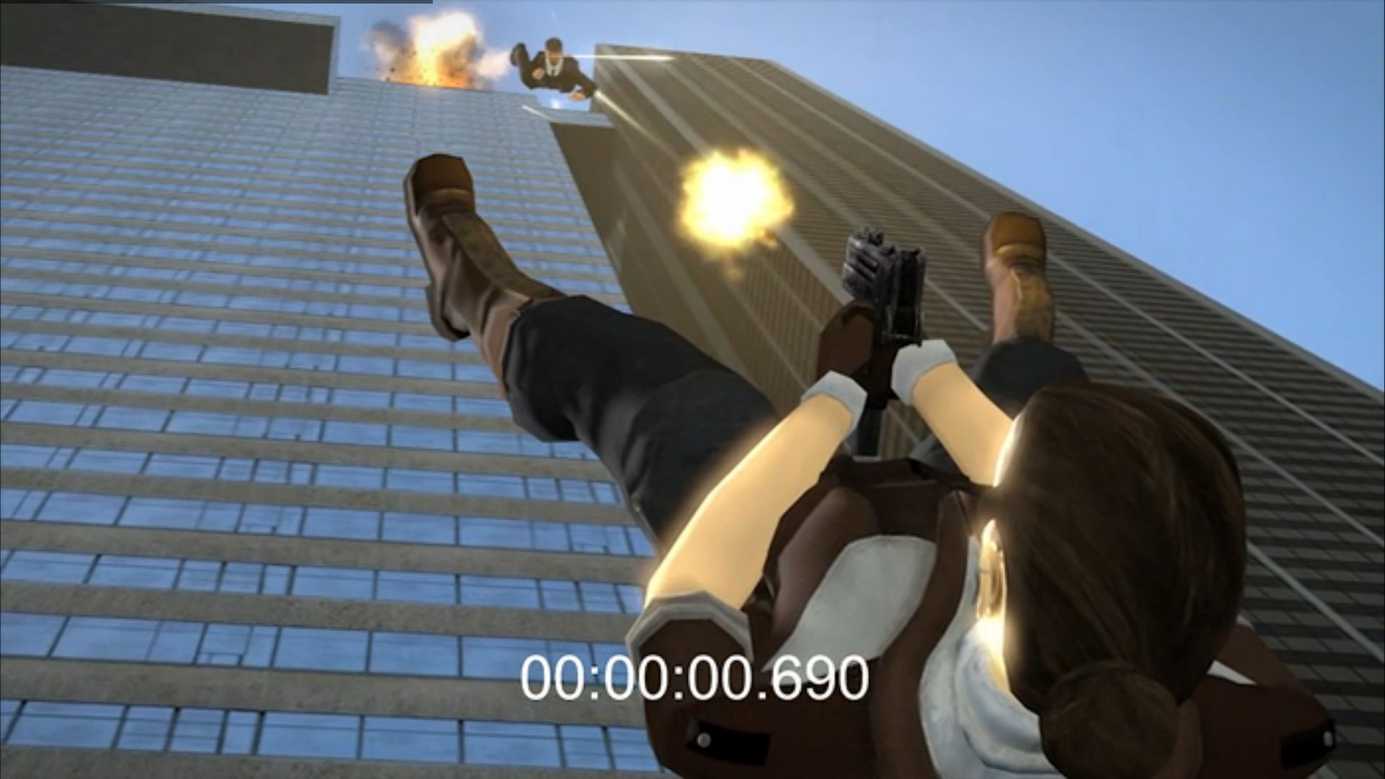 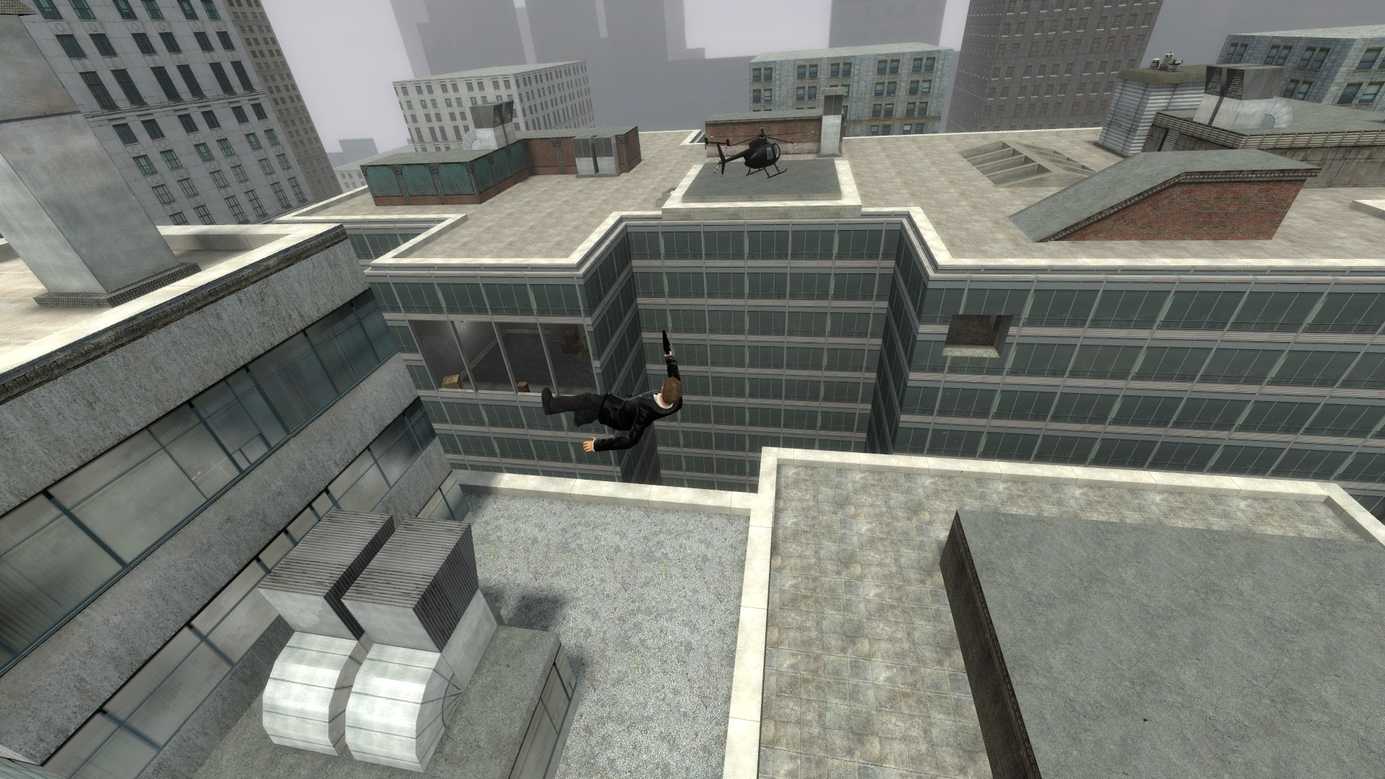 Double Action Boogaloo review and gameplay of the game

Double action: Boogaloo is a lobby-based shooter in which players fight each other in a free-for-all fragfest. Jump, roll, dive and roll over, keeping your finger on the trigger, releasing a whirlpool of bullets. Earn points by killing players performing acrobatic movements. The more stylish your frag is, the more points you will earn, and the winner will be the most artistic killer in the game. Each stylish kill allocates one minute for a slow-motion ability, which slows down the time when activated to make very stylish kills. Play from the first or third person, or change your point of view in the middle of the battle to optimize your situation. Combine and match weapons equipment with abilities to find the perfect style of play. Double action: Boogaloo is an intersection between exaggerated action movies and video games that put players in the place of gymnastic shooters with an eye to head shots. Double action: Key Features of Boogaloo: Bullet Time-Slow down the time for both you and your opponents to calculate your next move. Style Points-Fragment players while diving, rolling and flipping to earn points and win the match. Unique Abilities-Choose one of several abilities to improve your character, such as additional grenades or higher movement speed. First-person or third-person-play from a third-person or first-person perspective and change camera angles during the match. Customizable Equipment-Choose your weapon equipment, changing it during the match, and find the perfect combination that suits you.