Survive dangerous wildlife and gain a reputation of an uncompromising ruler ashore and afloat.

About Out of Reach Game

Space Boat Studios created Out of Reach to make it stand out among other survival games. At a first glance, it's a generic open-world crafting game, but upon closer look, it becomes clear that developers had big plans for it. Standard survival mechanics is represented by gradual upgrades of equipment and weapon to get more substantial meals and mine valuable resources. This leads to a full-blown base building where you can establish a plain house made of wood or a fortified castle out of durable stone. And here comes the twist. If you're not collecting and building type of player you can claim pirates' settlements. All you have to do is arm yourself with some siege engine (there are recipes for trebuchet and ballista) and get a gun powder from a merchant to be able to use a pistol for close-quarter combat. Both pirates and traders are non-playable characters with average AI so you should have that in mind while interacting with them. This is where the multiplayer feature must shine. It's much easier and funnier to fight pirates on land and sea but there are a handful of players out there so you can't count on them in these adventures. Speaking of the sea, you're able to build a ship and mount it with several cannons to attack and fight off. Apart from that, the bosom of the sea hides treasure chests with rare findings that can be given to the merchant in exchange for in-game currency. If all that warfare fuss isn't impressive to you, there's a possibility to run a Creative mode on a private server. It seems like Out of Reach won't be updated anymore, but there is more than enough content in the single player mode for you to enjoy.

Out of Reach Screenshots Gallery 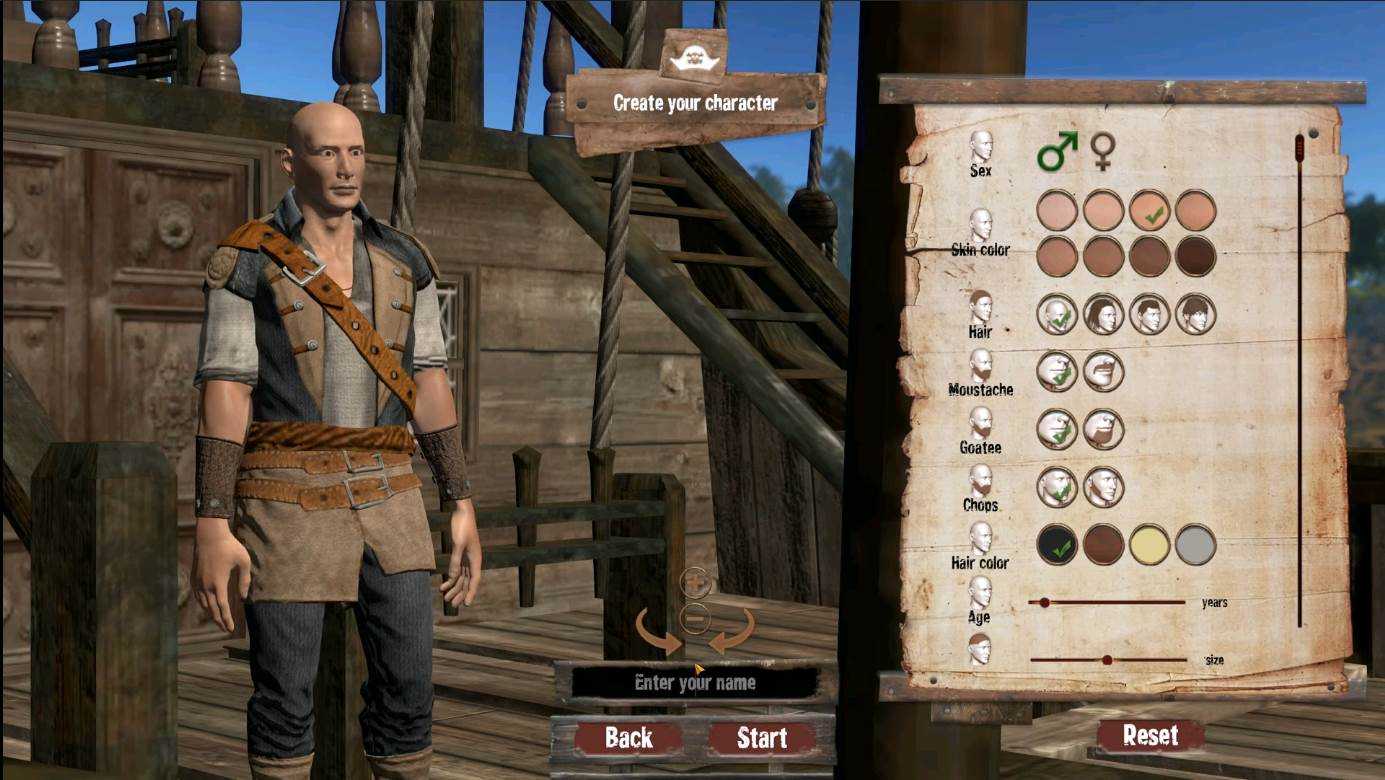 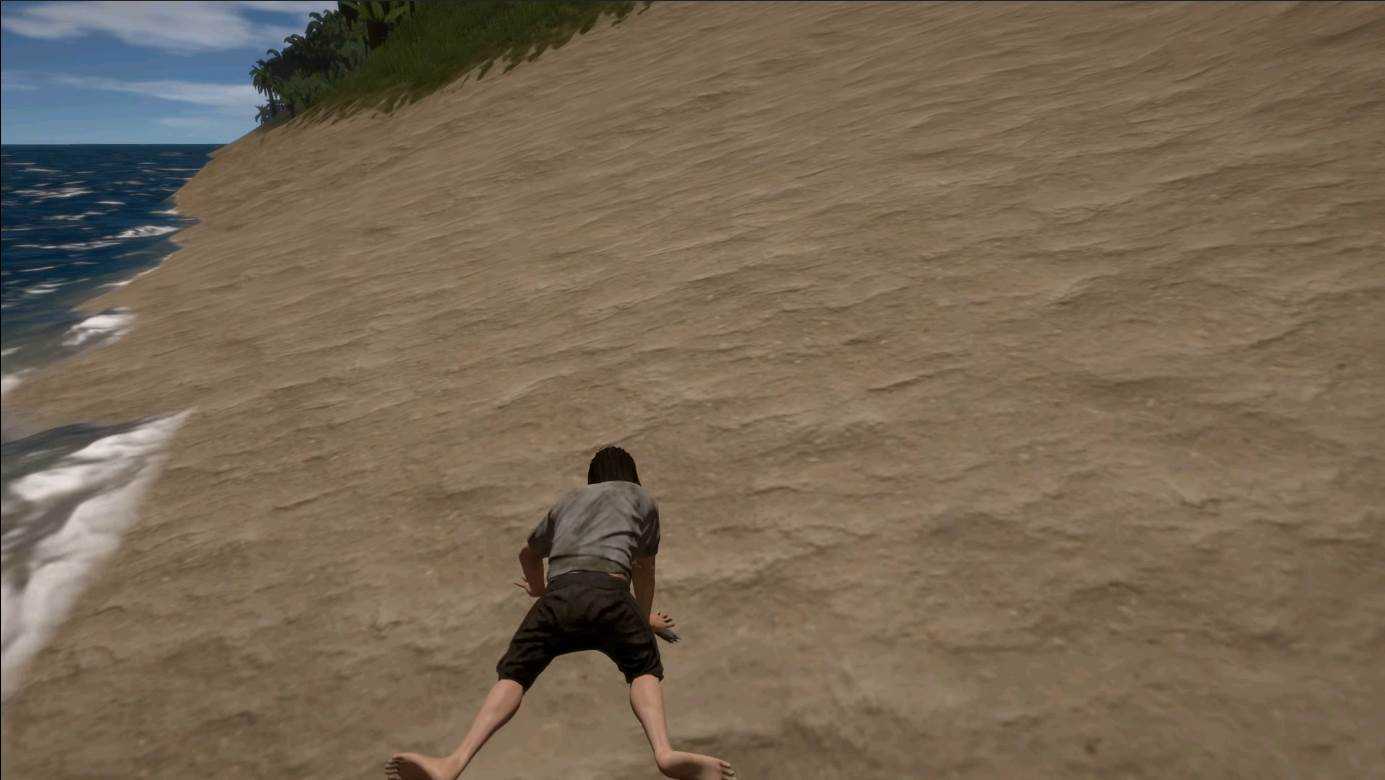 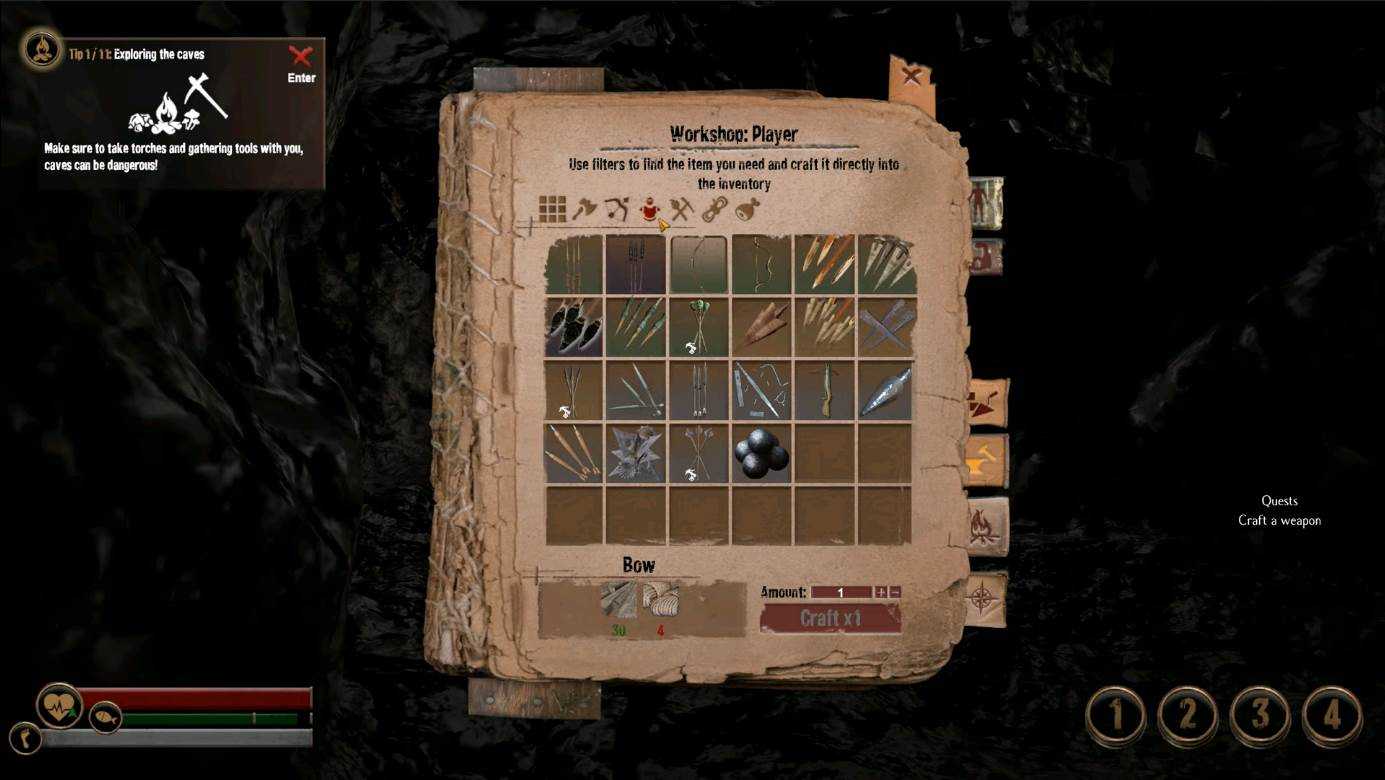 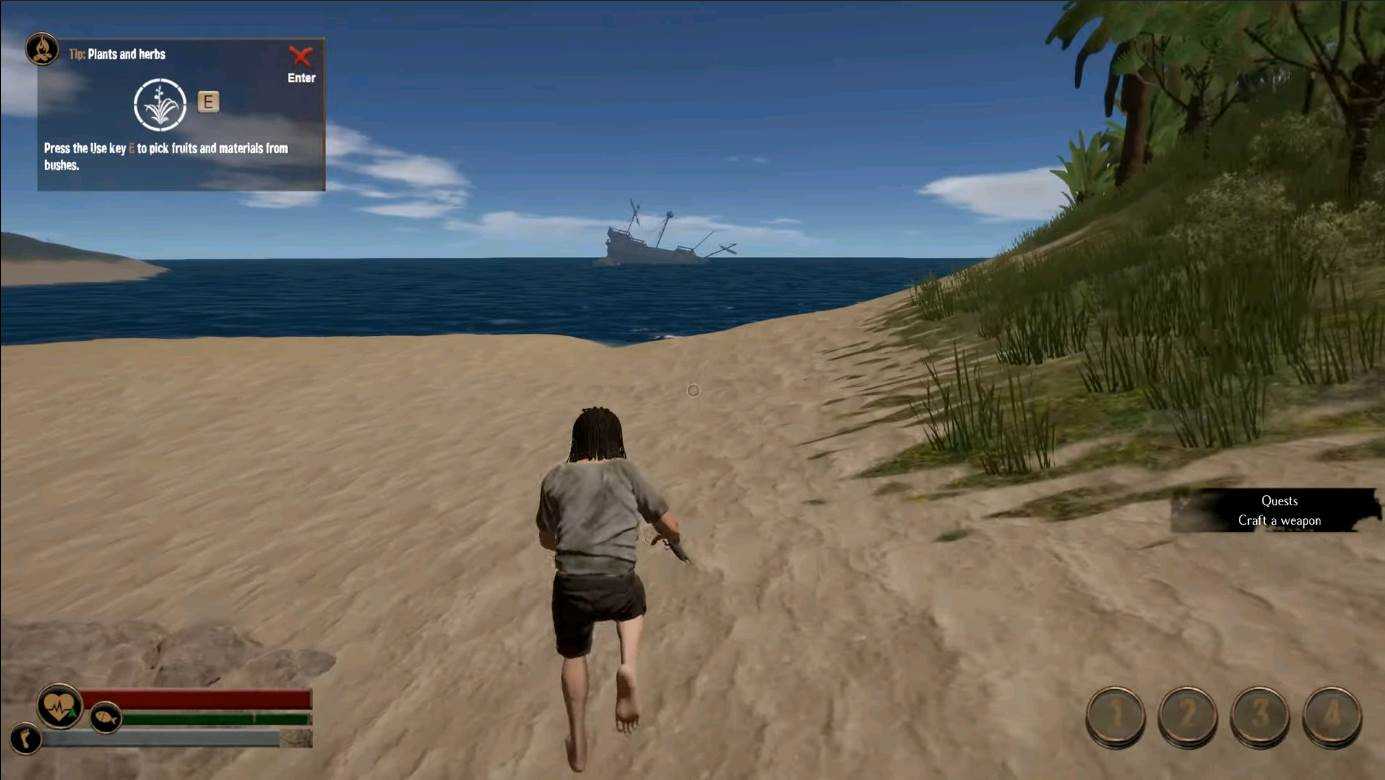 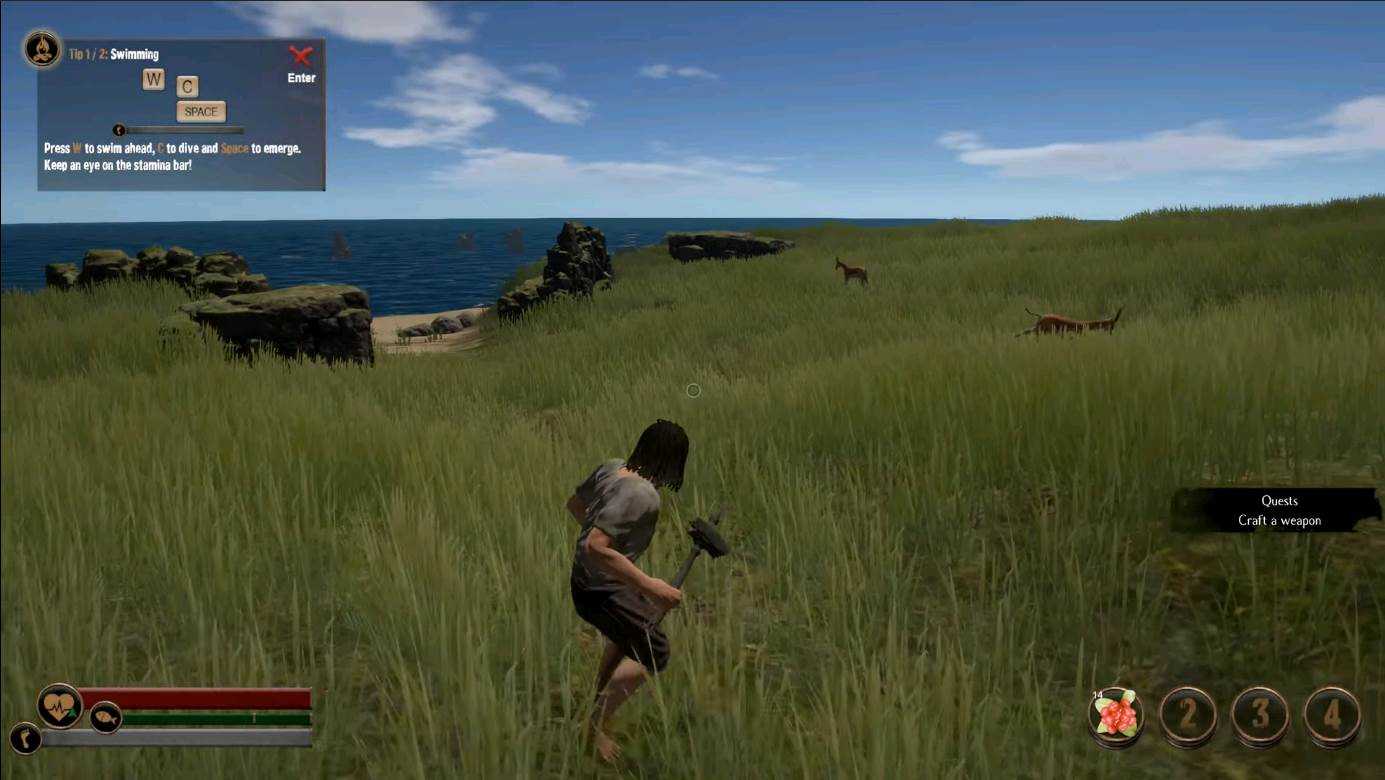 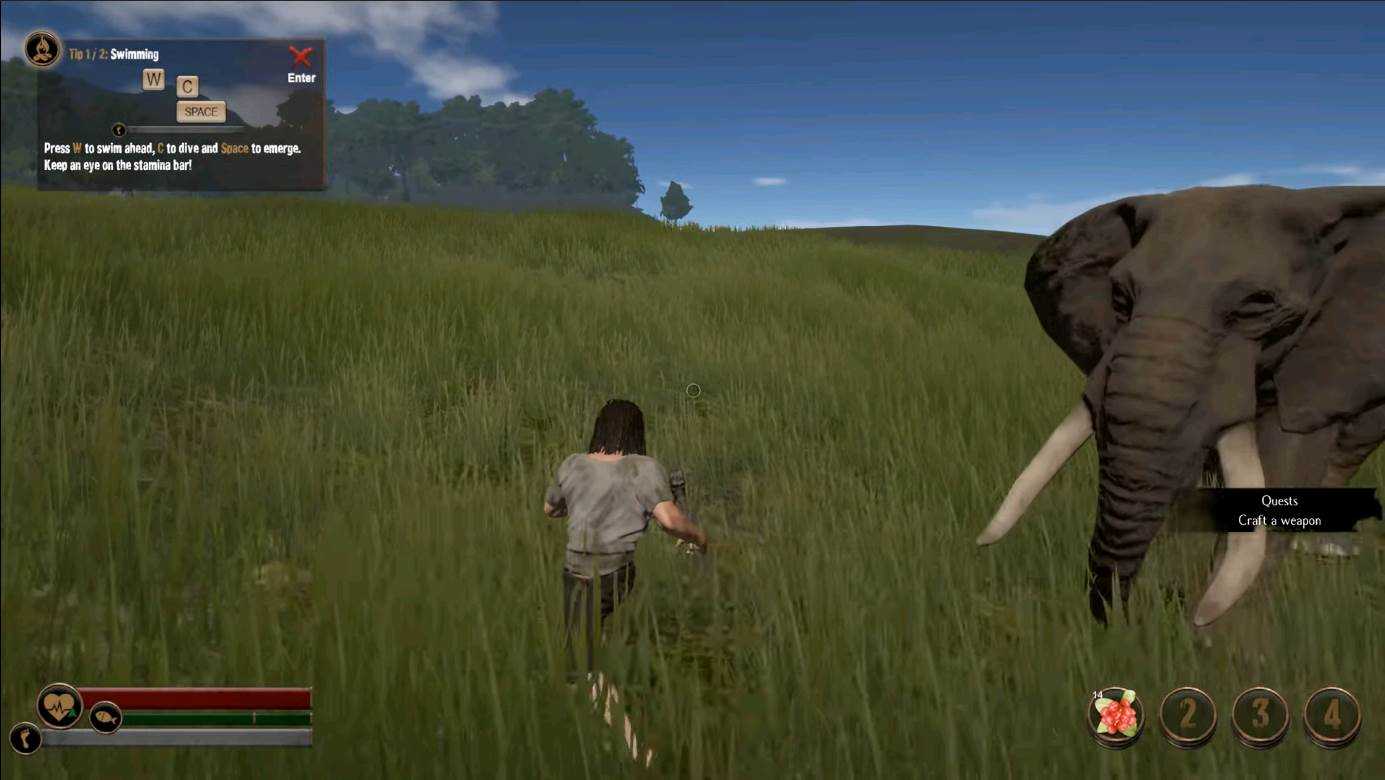 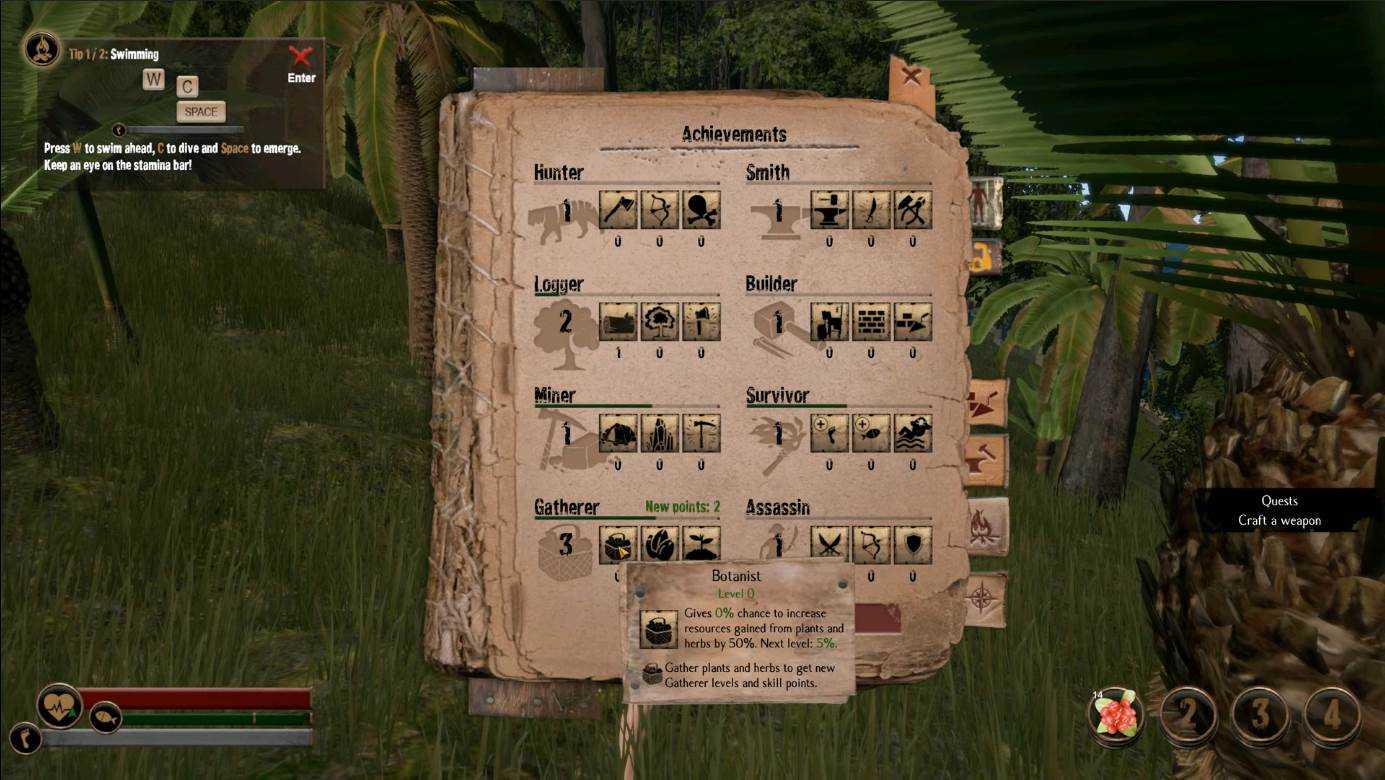 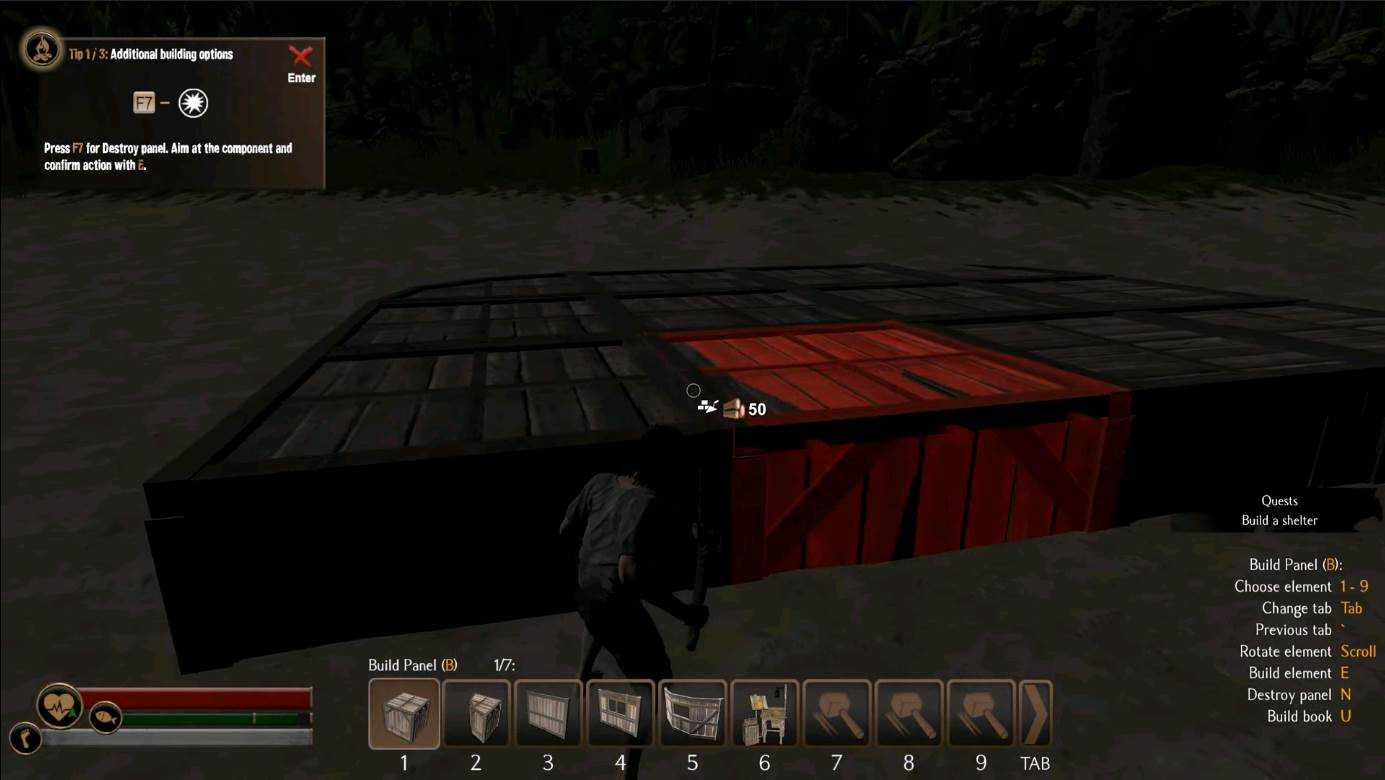 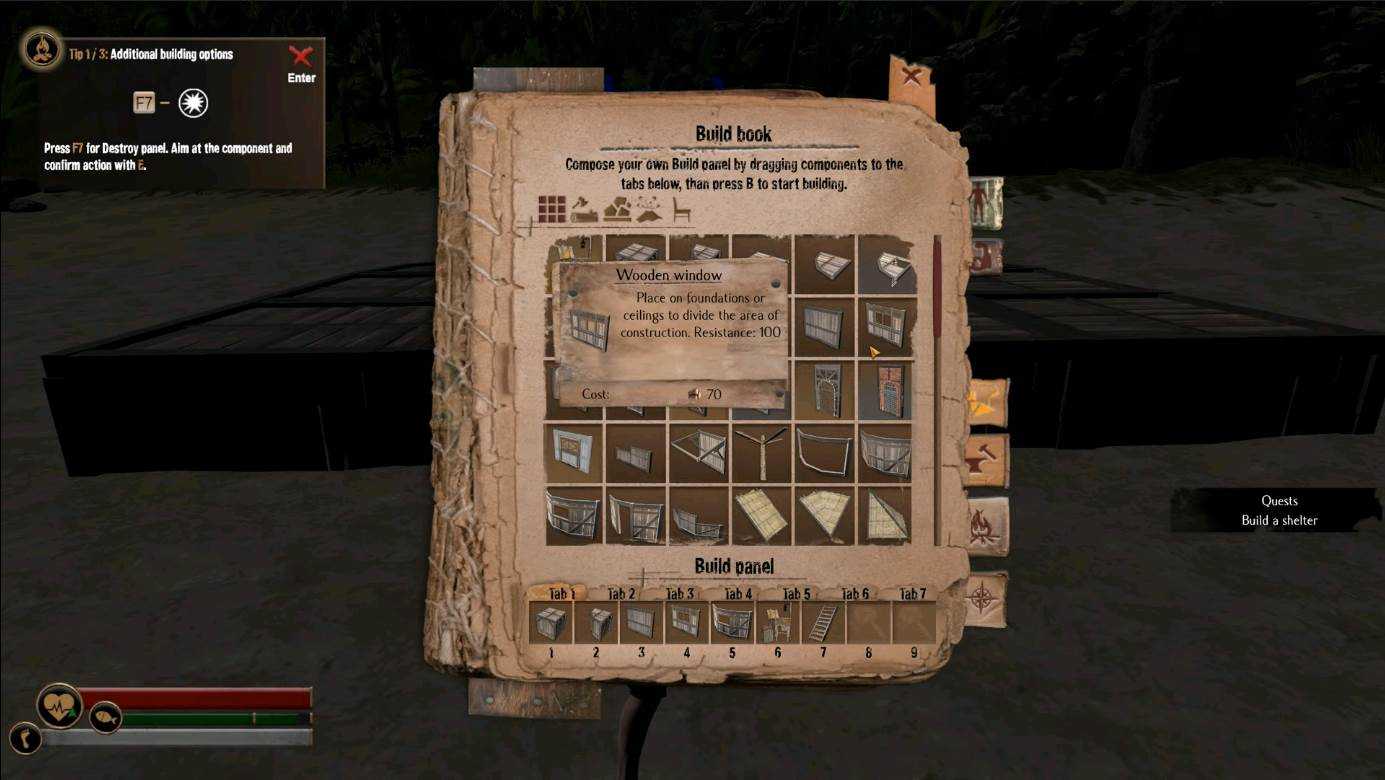 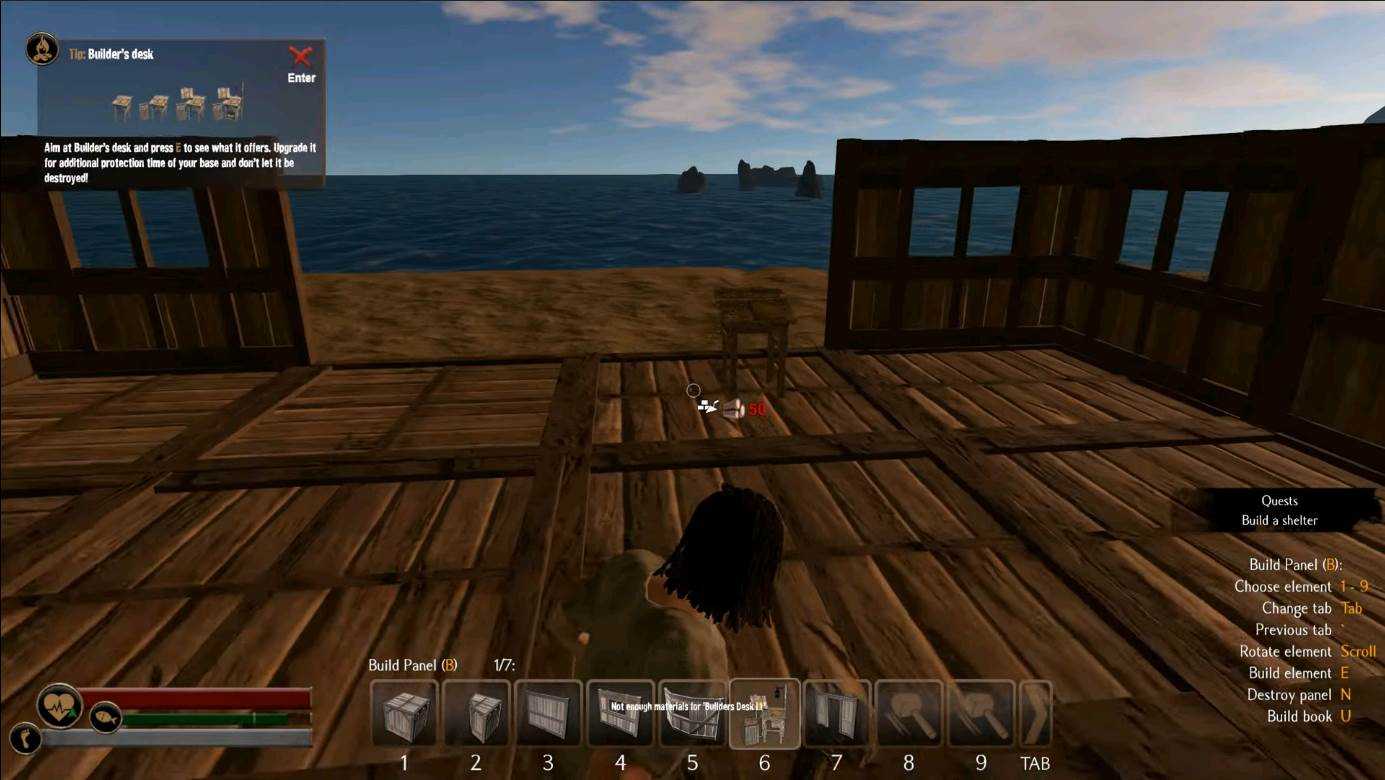 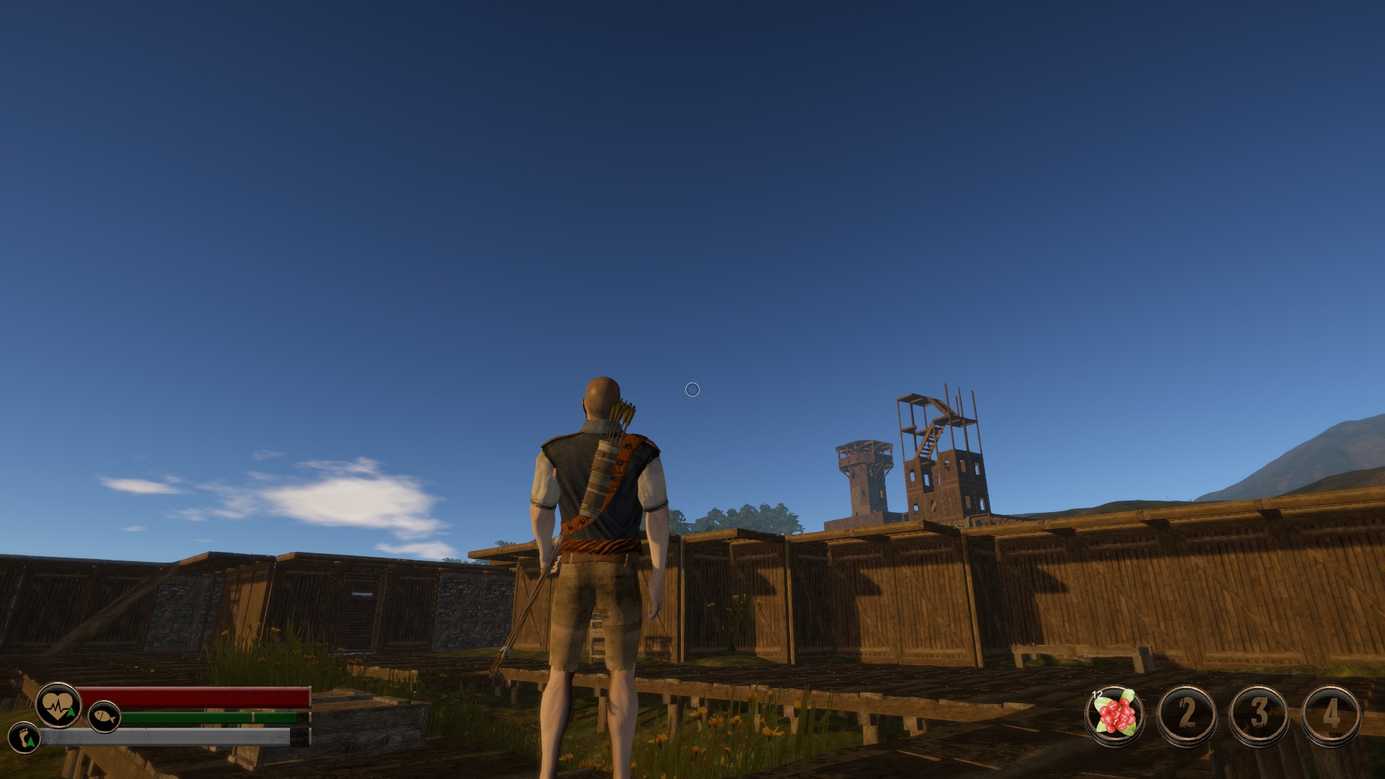 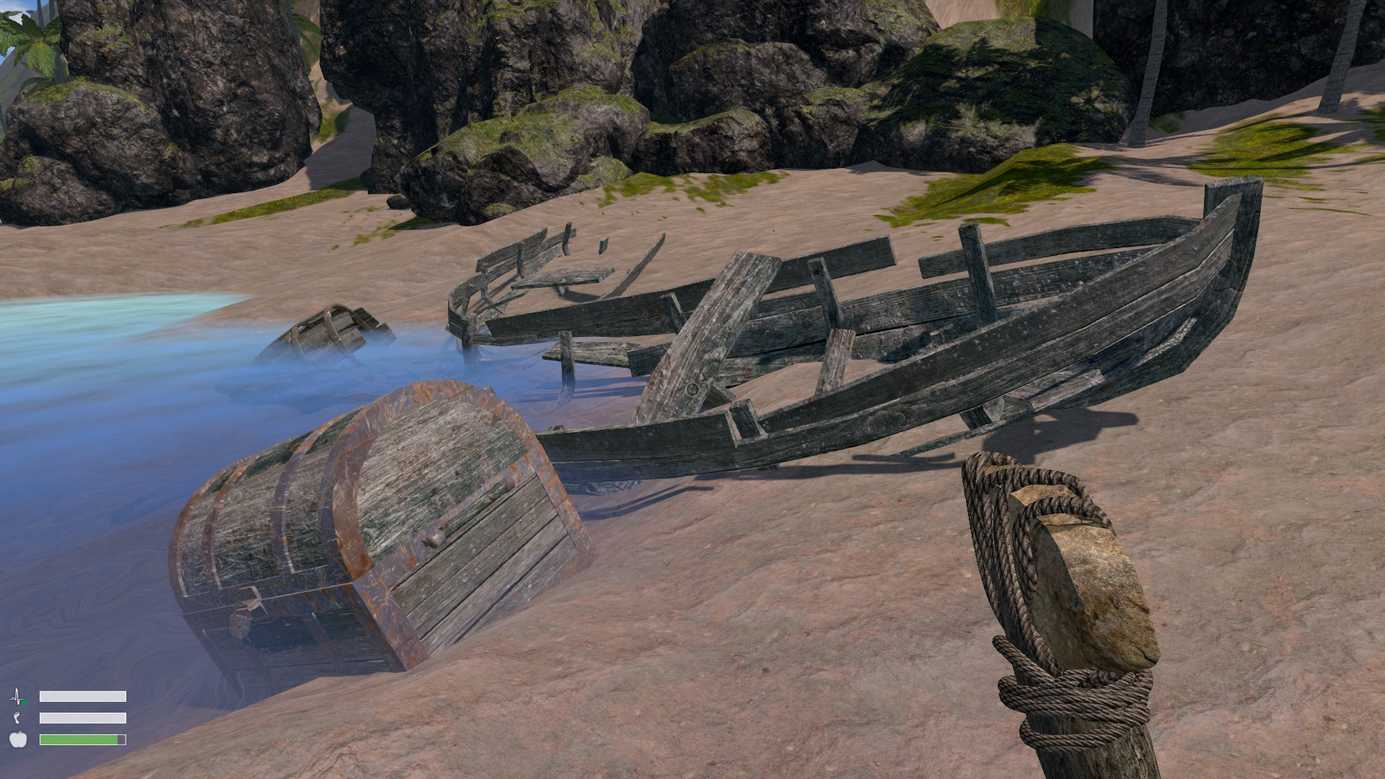 Out of Reach game trailer

Out of Reach gameplay video

Out of Reach review and gameplay of the game

Reviews Out of Reach Game

And how would you survive, having got to an unfamiliar island inhabited by cannibals and dangerous predatory animals, without having anything on your hands? And in any case, it is quite problematic to do this without the appropriate skills. It is for such situations that the developers from Space Boat Studios decided to create the Out of Reach project — a survival simulator after a shipwreck, allowing players to master the necessary skills and not get trapped in the event of an accident. Like any other good-quality survival game, Out of Reach makes your own body the main enemy. Heat, cold, hunger — all this will create constant problems, so you will have to get rid of them on the go, by waving an axe and crafting the buildings we need. And so, gradually, the needs will fade into the background and we will already ride catamarans and gliders, arrange clan wars, besiege castles, and also improve the aesthetics of the island with wooden skyscrapers. Well, then where will the aborigines go from all this “modernity”, you ask? They will start hiding in caves, hoping that the surviving sailors will not get to them either. In general, Out of Reach shows that the project has tried to combine such best survivalists as Reign of Kings, Rust, Stranded Deep, but it still does not reach their bar: so far, poor optimization, weak graphics due to Unity, weak servers, little advertising, hence the low online. Well, what can I say, early access.