Experience unpredicted weather and harsh way of life in this crafting and survival action game.

There are a handful of survival games with interesting settings. Stone Rage made by Mountainwheel Games is one of them. It uses Stone Age aesthetics for scenery and utilizes matchable mobs and interactive objects. After deciding whether you like to play as Cro-Magnon or Neanderthal you're all set to start the adventure across 30 km2 of an open world. Your primary goals are to find pieces of clothing (your playable character is completely nude upon spawning but that can be rectified in the settings) and feed yourself. Looking for berries and fruits is good enough for starters as your stamina decreases pretty fast. Then you can make yourself a pickaxe. It's quite fragile without upgrades so do that as fast as you can to save yourself from frustration. As soon as you establish your house and equip it with crafting stations a new set of tools will be available including weaponry suitable for hunting. Deers are good targets for novice hunters. Mammoths require coordinated teamwork. Sabretooth tiger can easily turn your hunting campaign to its advantage and slay any unprepared player. Apart from an online co-op, this game has another unique feature. Totems idolized by characters grant an ability to turn into a wild animal (sabretooth tiger and mammoth so far) for a short period. This unlocks unique game mechanics where you can join in hunts and chase prey by yourself. Stone Rage is still in its Early Access stage and it's recommended to read through steam users' reviews before deciding to purchase it. 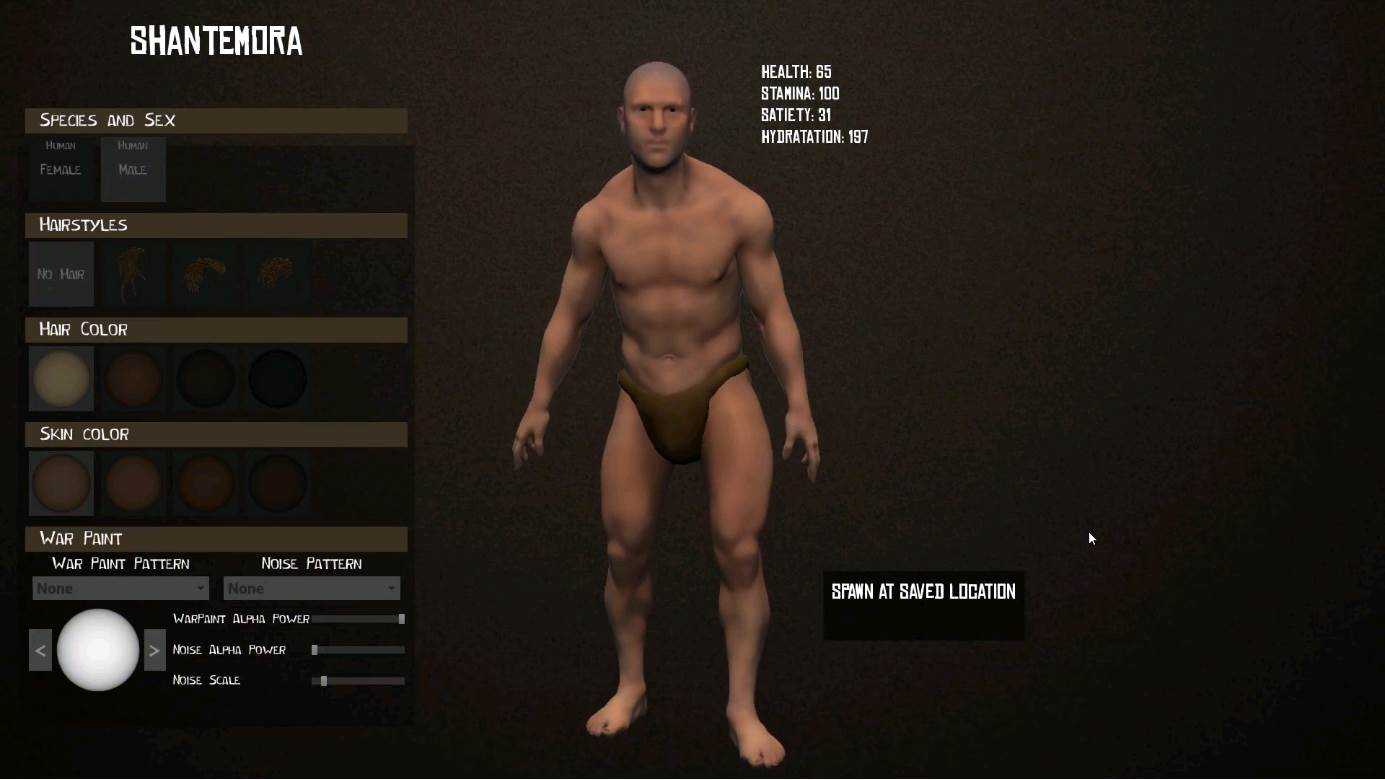 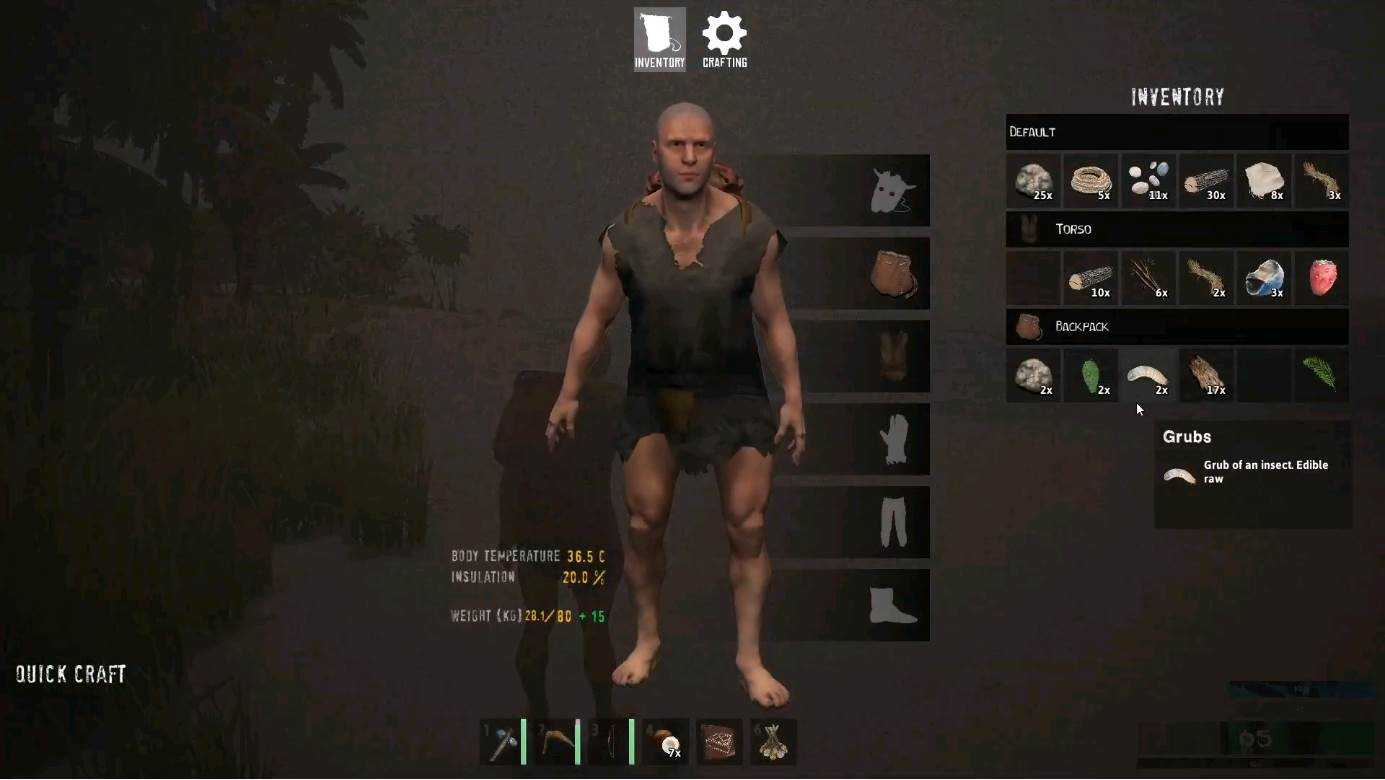 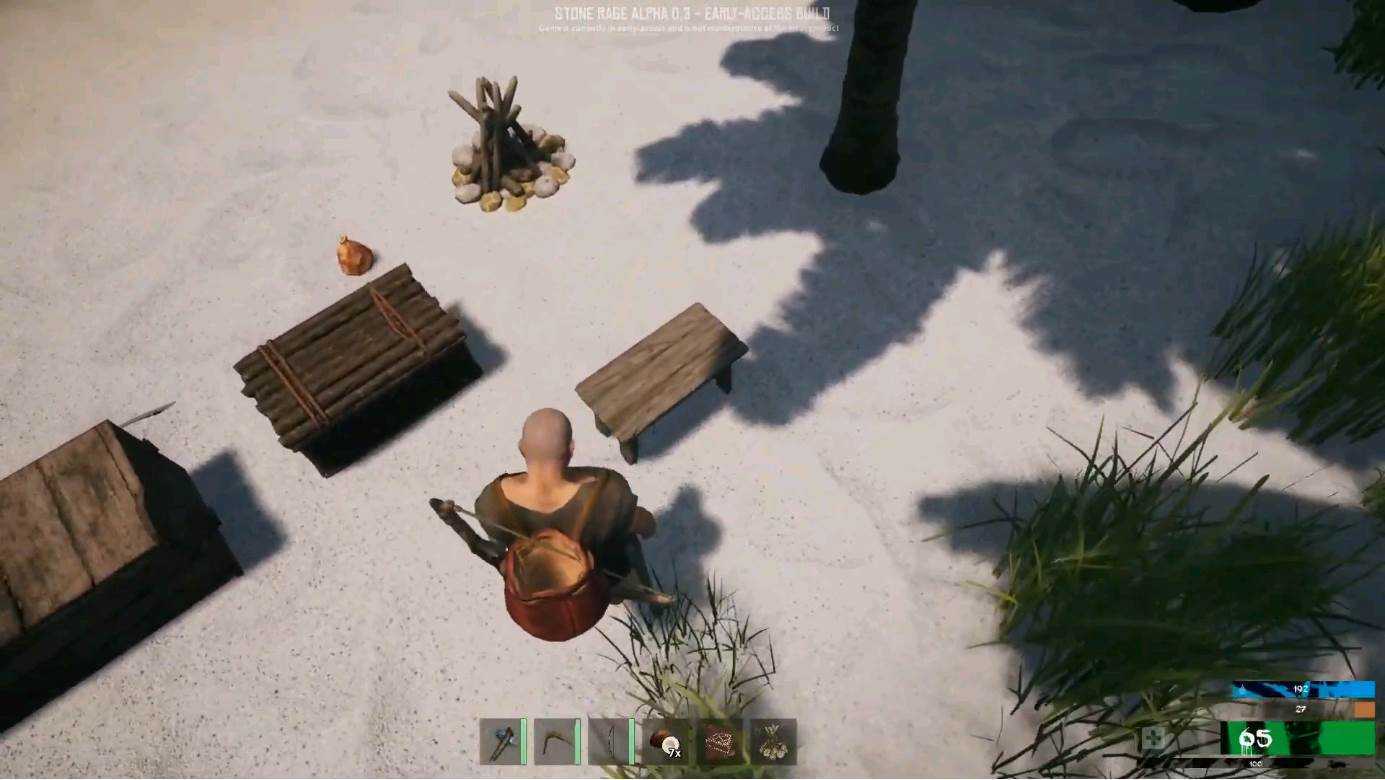 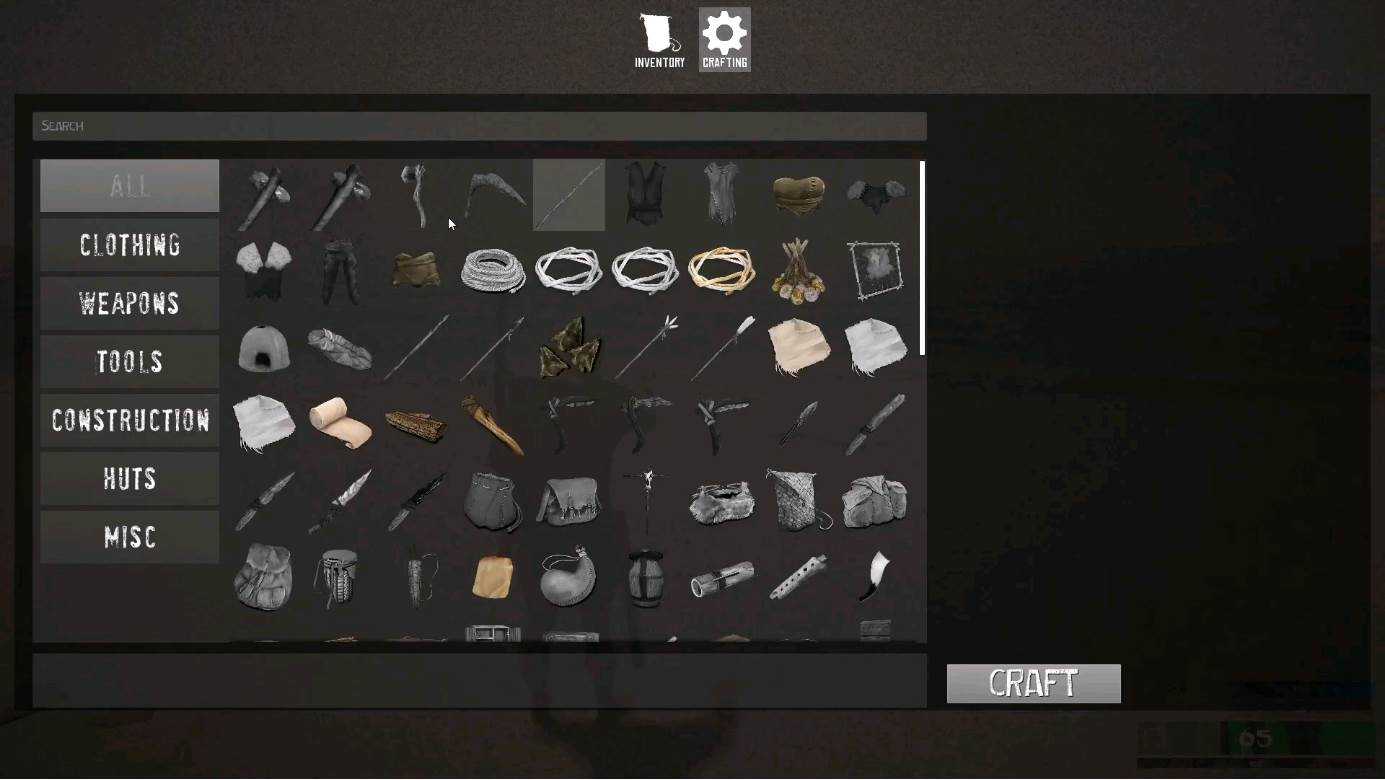 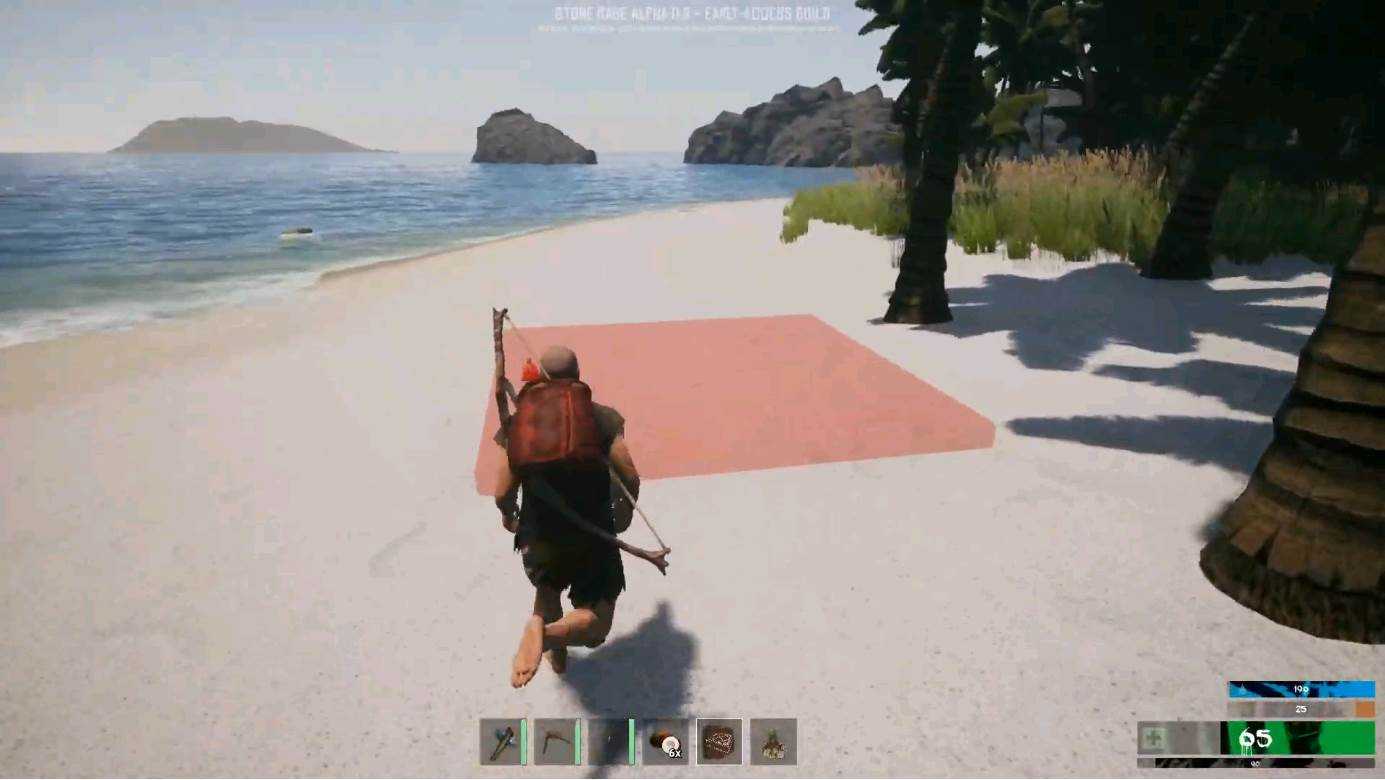 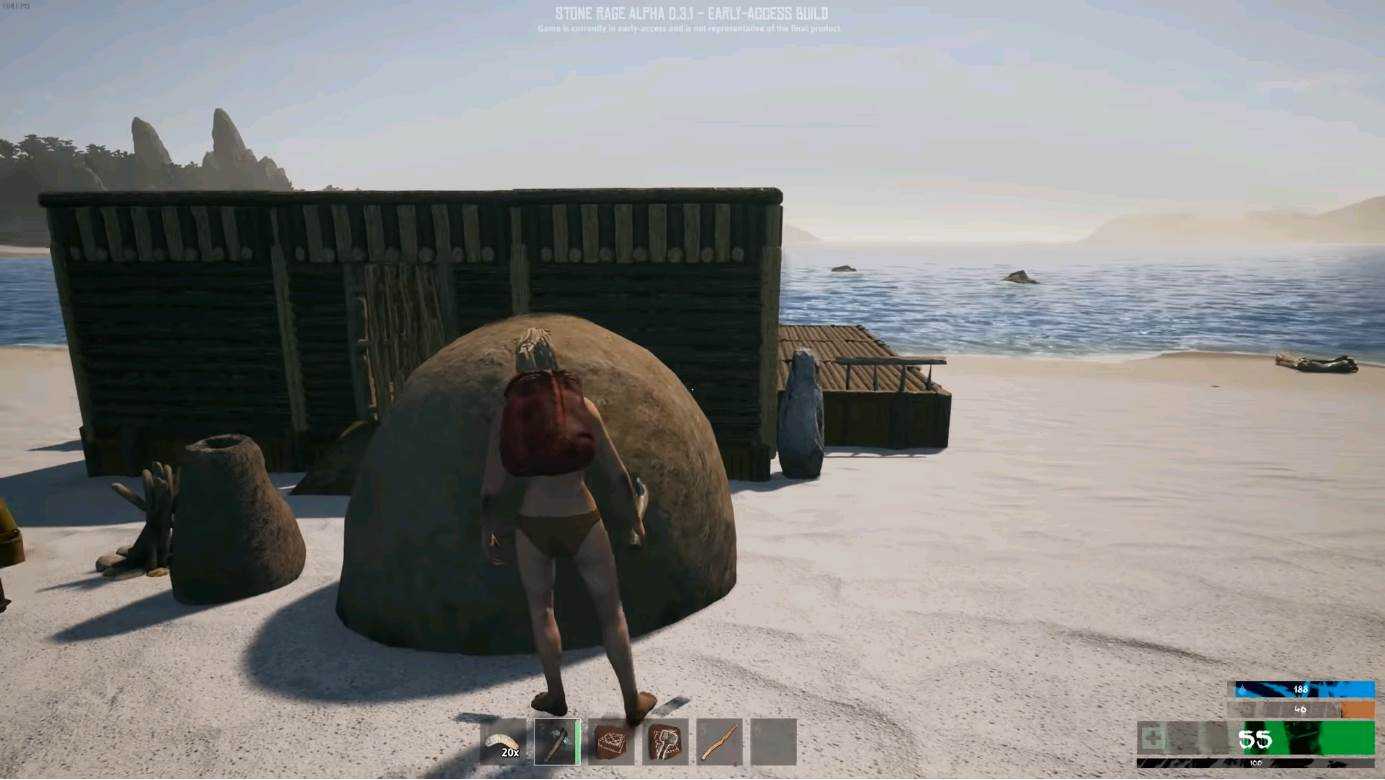 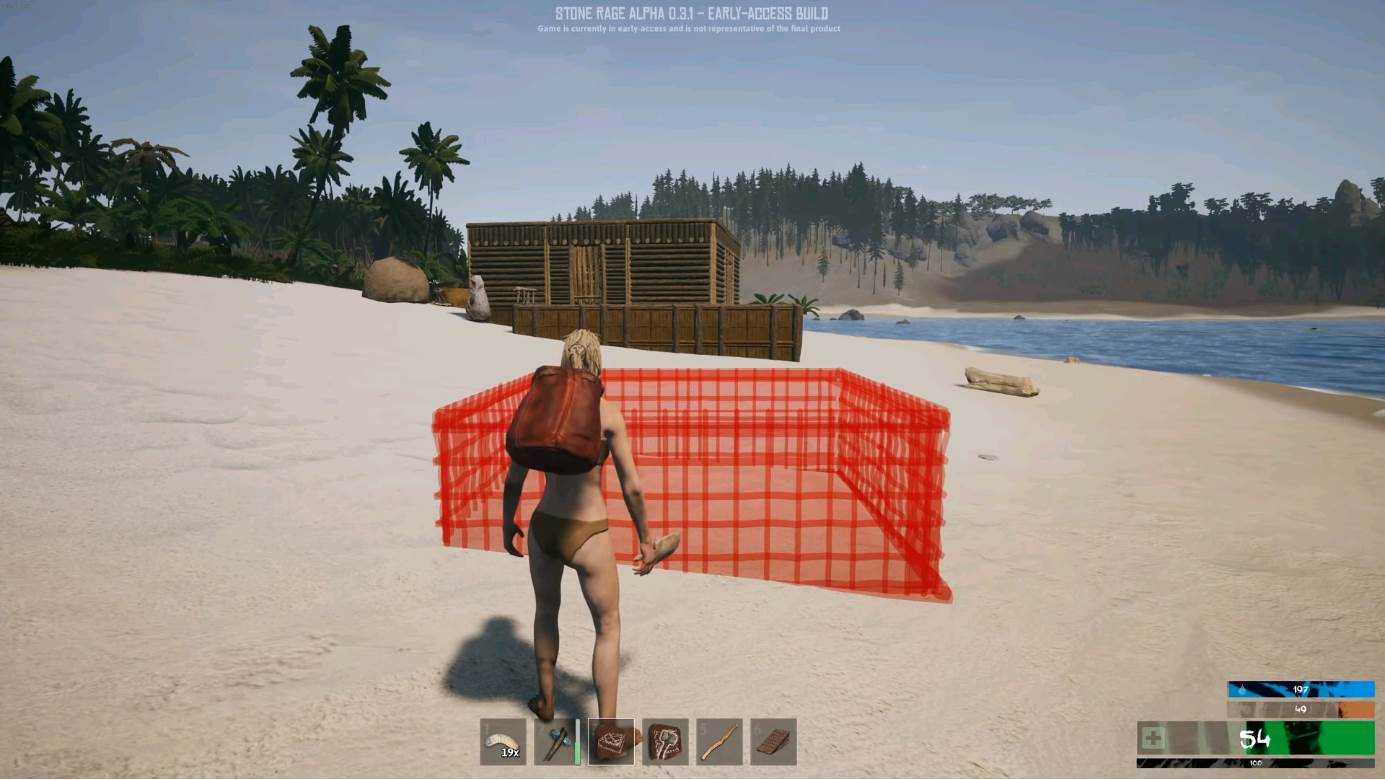 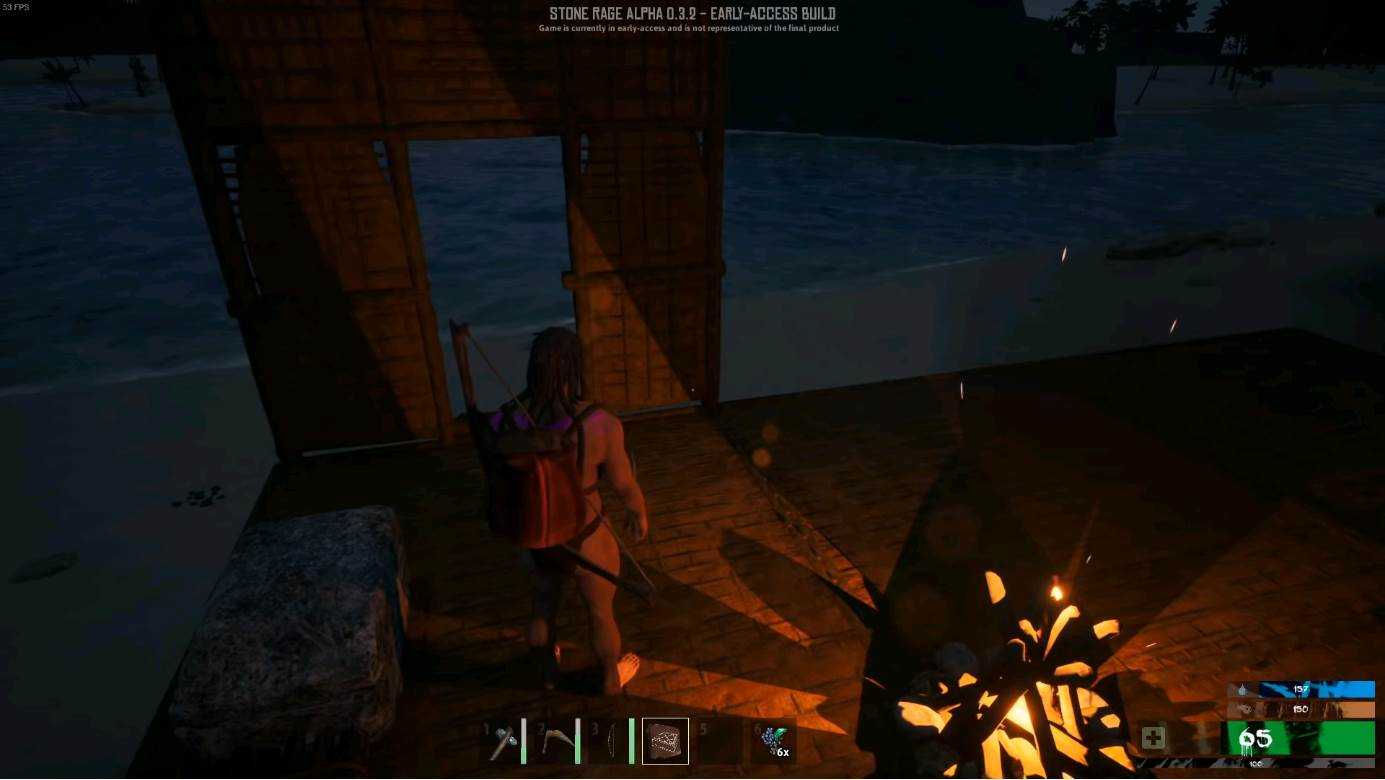 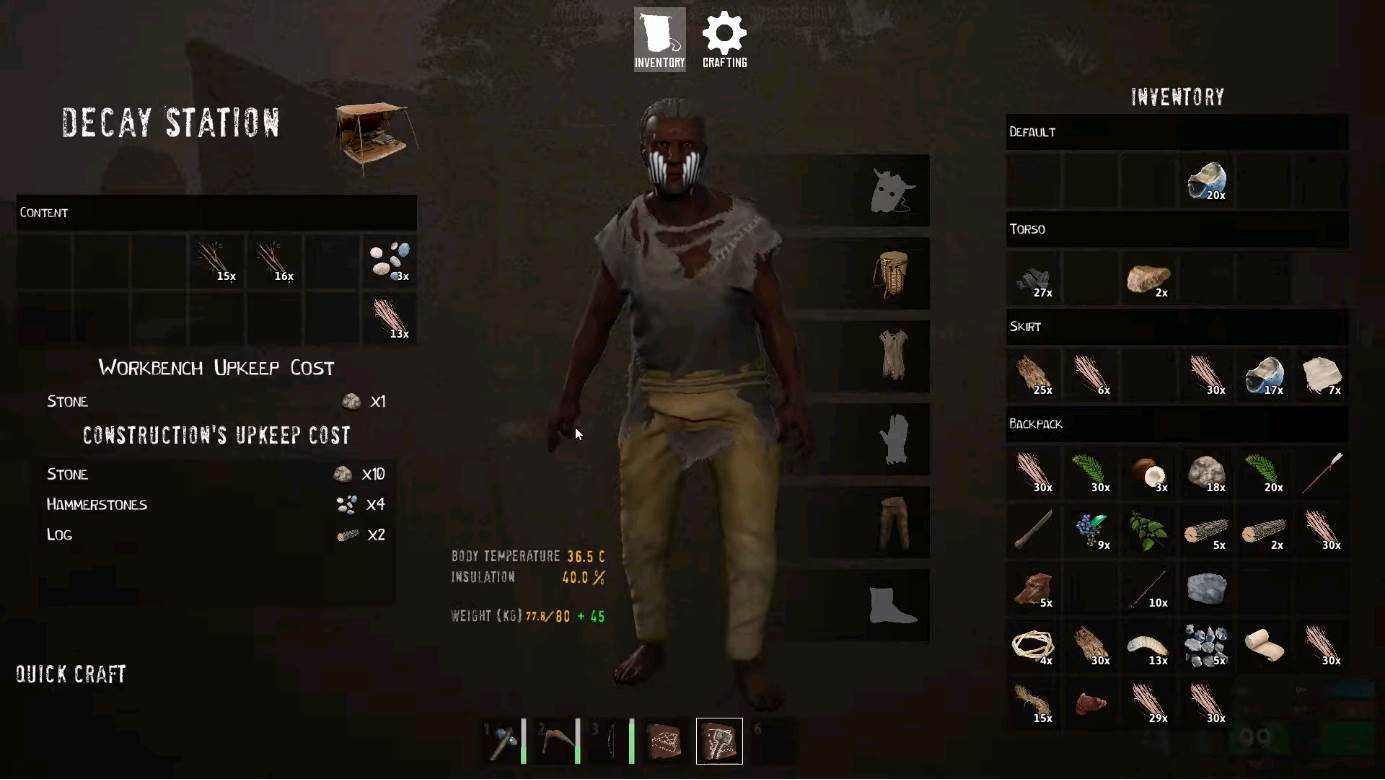 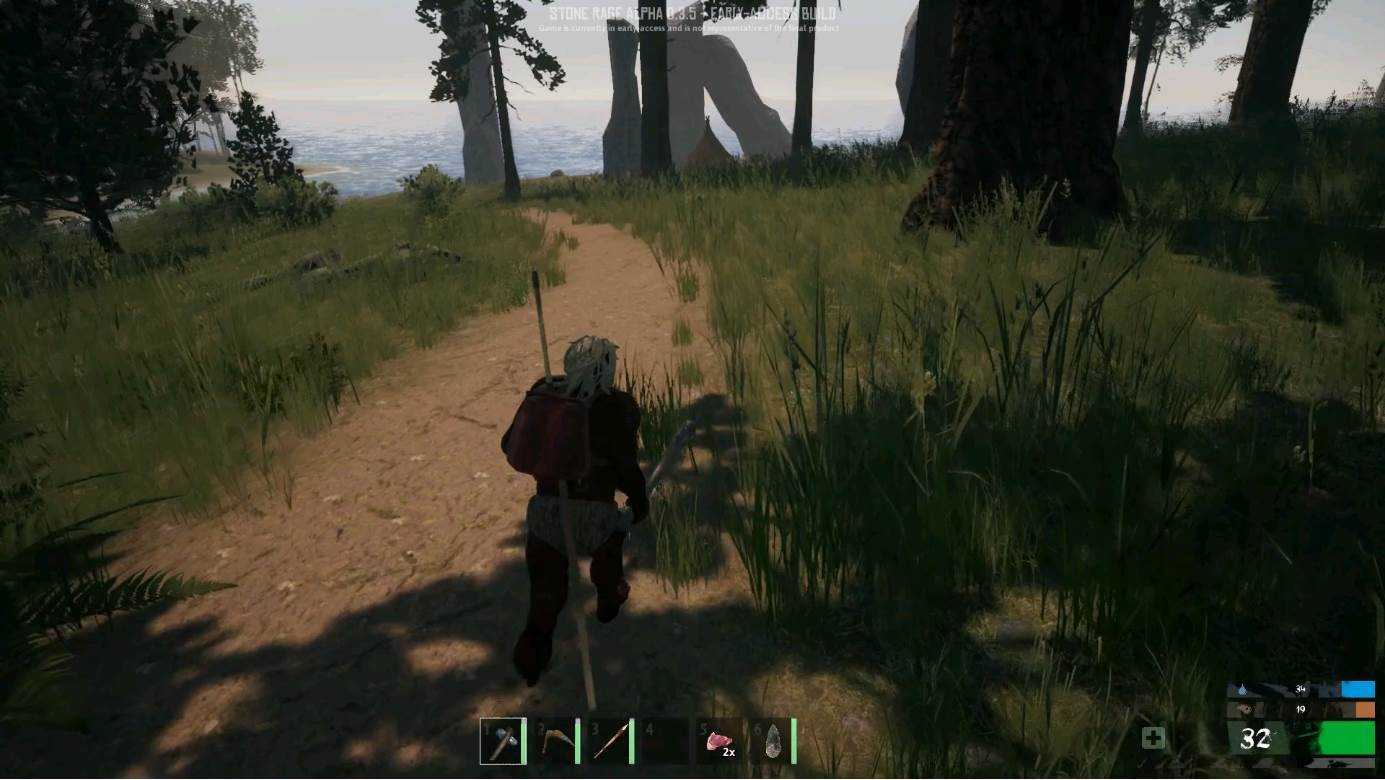 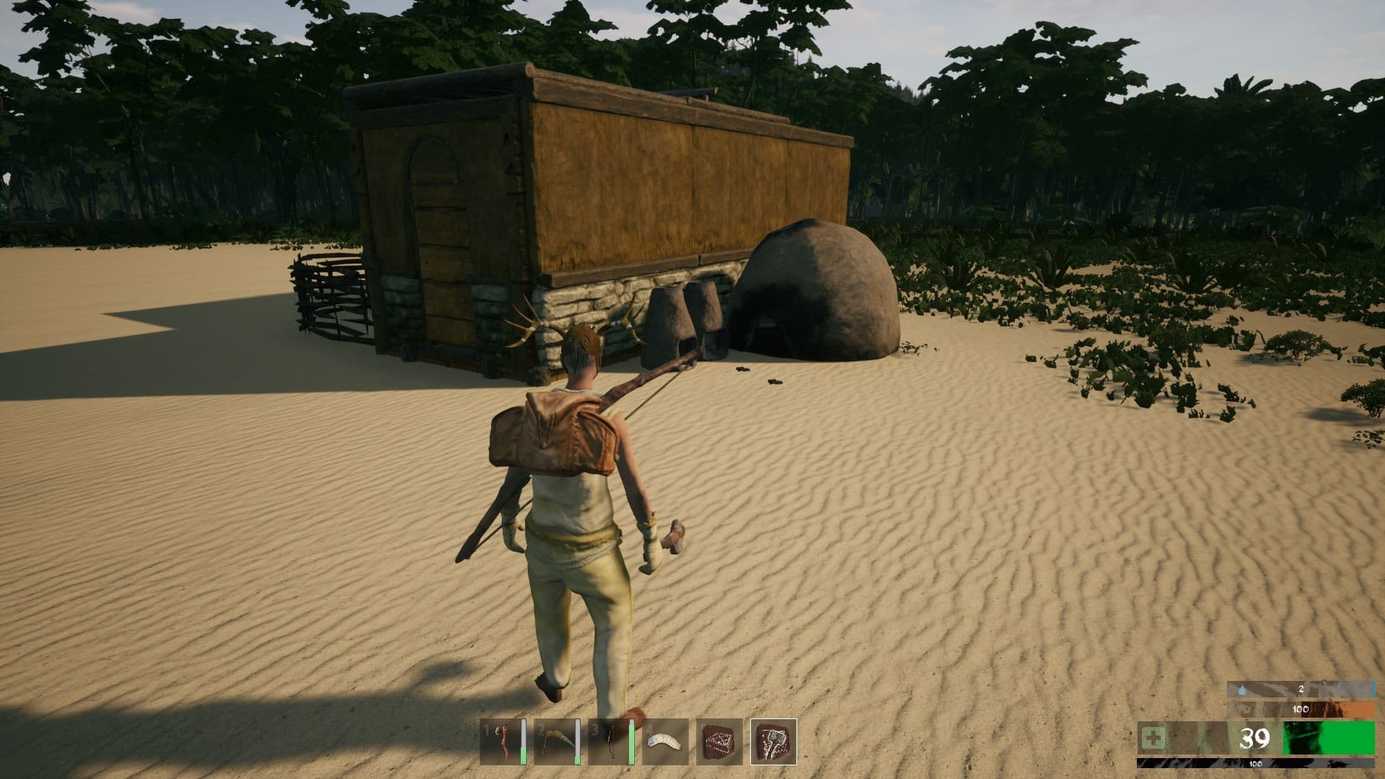 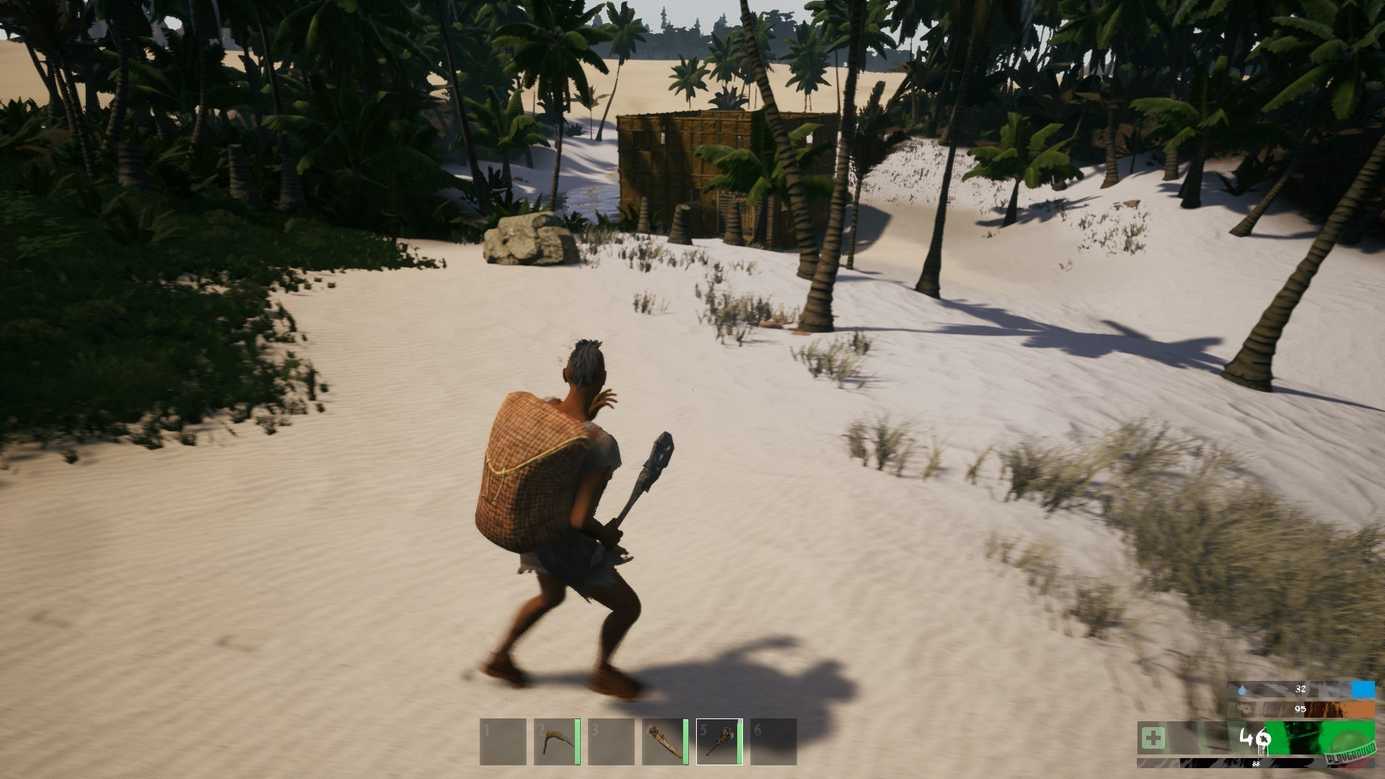 Stone Rage review and gameplay of the game

Stone Rage is a network action game with the presence of elements of survival. In it, the player will have to control Neanderthals or wild animals, as well as fight with each other without any special purpose and meaning. Each side has six classes, people have archers, warriors, shamans, but animals usually have extinct species, such as saber-toothed tigers, mammoths or cave bears. The battles unfold on maps of impressive size, which are based on the Unreal Engine 4 engine. Each map is characterized by certain climatic zones, in some it is snowing, in others it is desert or jungle, and in the third there may be swamps or forests. The gameplay is able to accommodate up to thirty-two players at the same time. Unfortunately, Stone Rage has only one survival mode so far, which combines elements of defmatch, team defmatch and survival. Among other things, crafting is available in the game, but on the condition that you play as a person. From the point of view of logic, the game is well thought out, although the confrontation between animals and people is confusing. The developers also paid great attention to the graphics, so the picture looks realistic and colorful, but only the owners of powerful computers will be able to enjoy all this in full.