Become an expert farmer and share your experience with up to 16 of your friends in multiplayer mode!

FS game series is well-known among farming sim devotees. This game series developed by Giants Software and published by Focus Home Interactive set the simulation to the highest standards and cast itself in the role of a tutorial for real beginner farmers. Another effort in this direction is called Farming Simulator 2019 and it involves a complete graphics and effects overhaul. Apart from that, it enjoys collaboration from leading agricultural companies that afford models of the real equipment to be represented in the game in its true form. Starting with a basic vehicle, you'll expand your car park by trading crops and livestock products. You can opt out of farming altogether and focus on animal breeding instead if that meets your play style. Having the multiplayer feature at hand, you can ask your friends to join you in sowing and maintaining your ever-growing farm. Last but not the least, don't pass by tons of modding content available at ModHub. Looking through the list of mods will give you an idea of how you can enrich the vanilla experience of Farming Simulator 19. 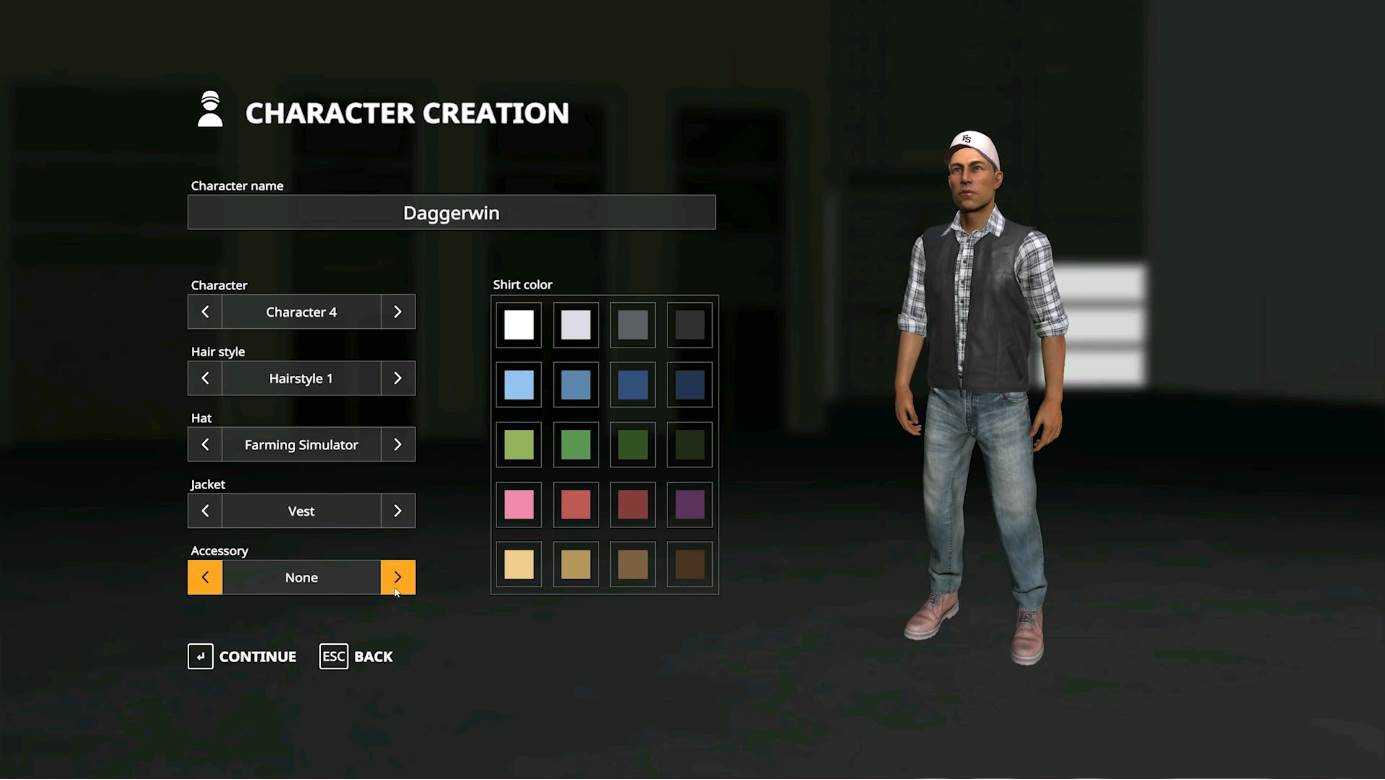 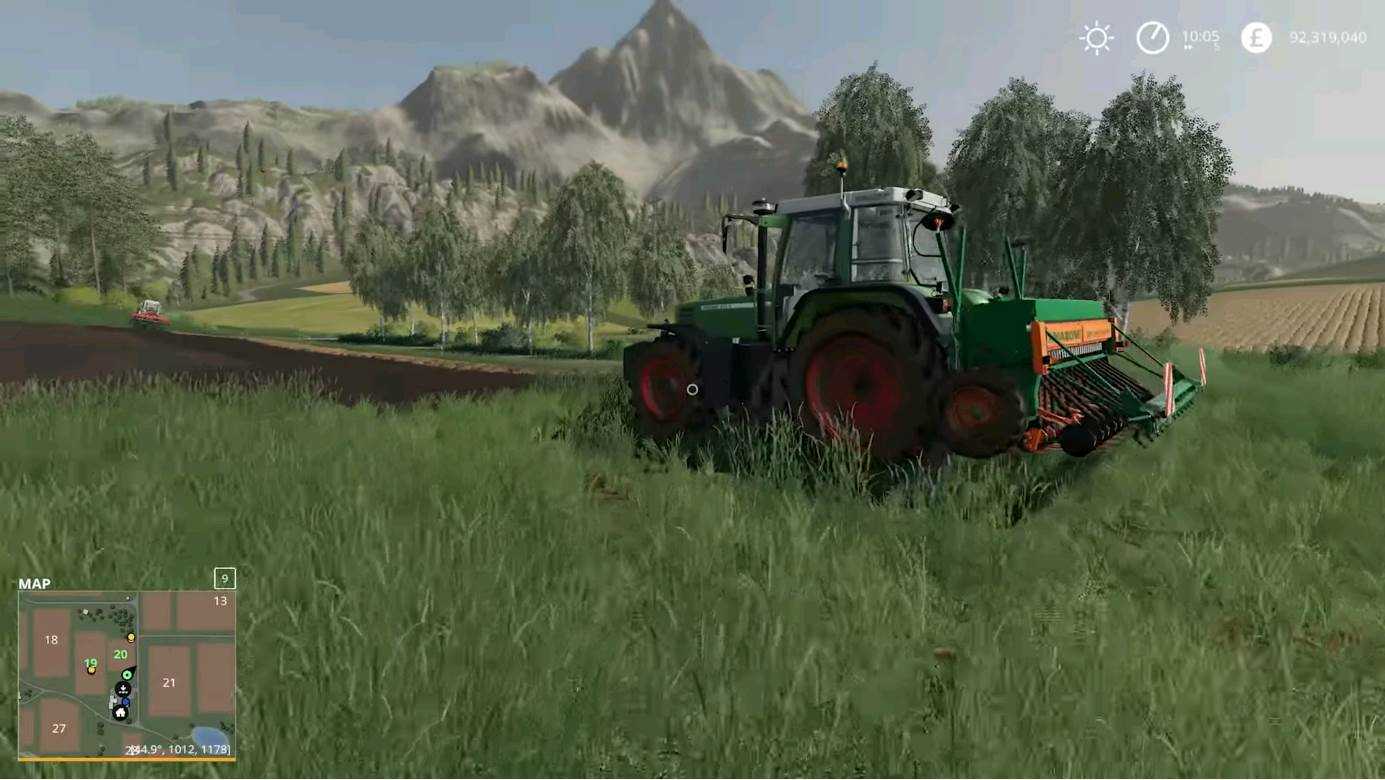 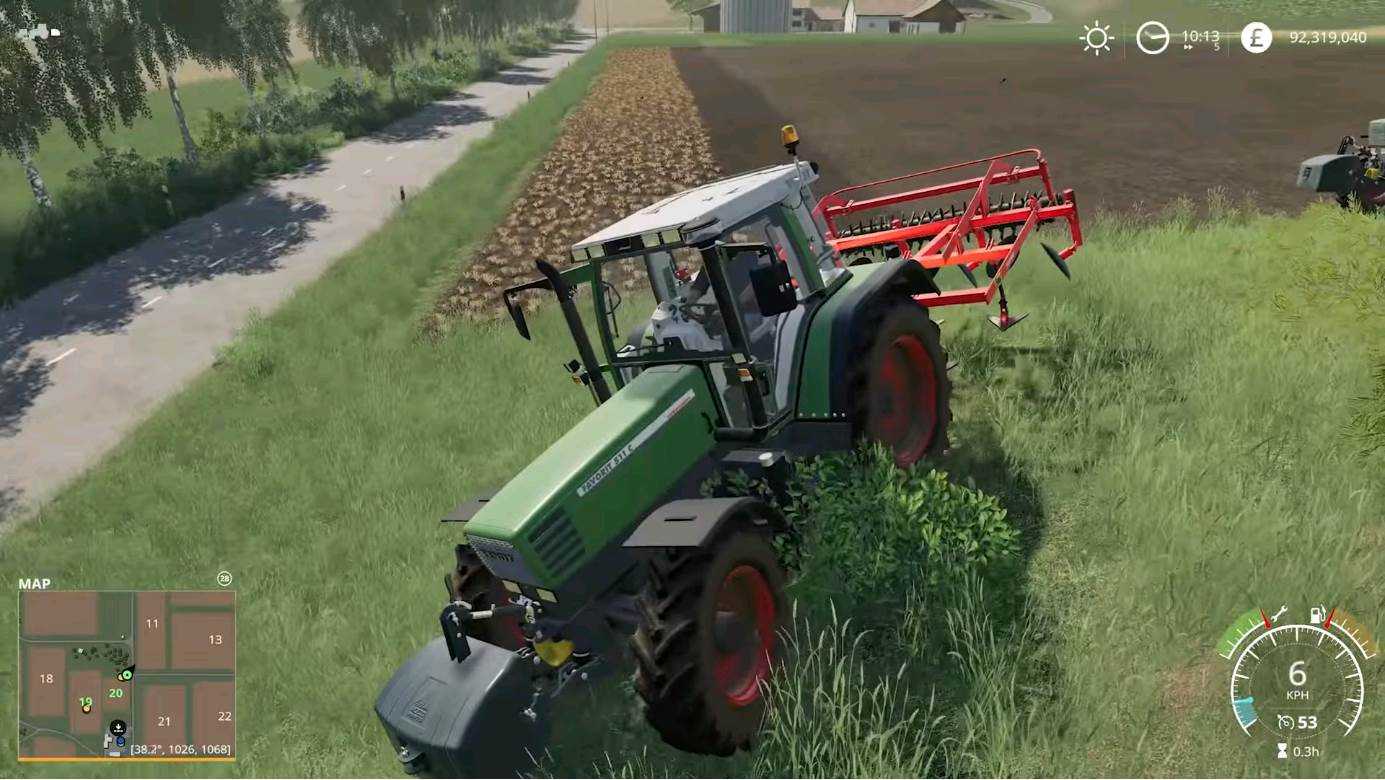 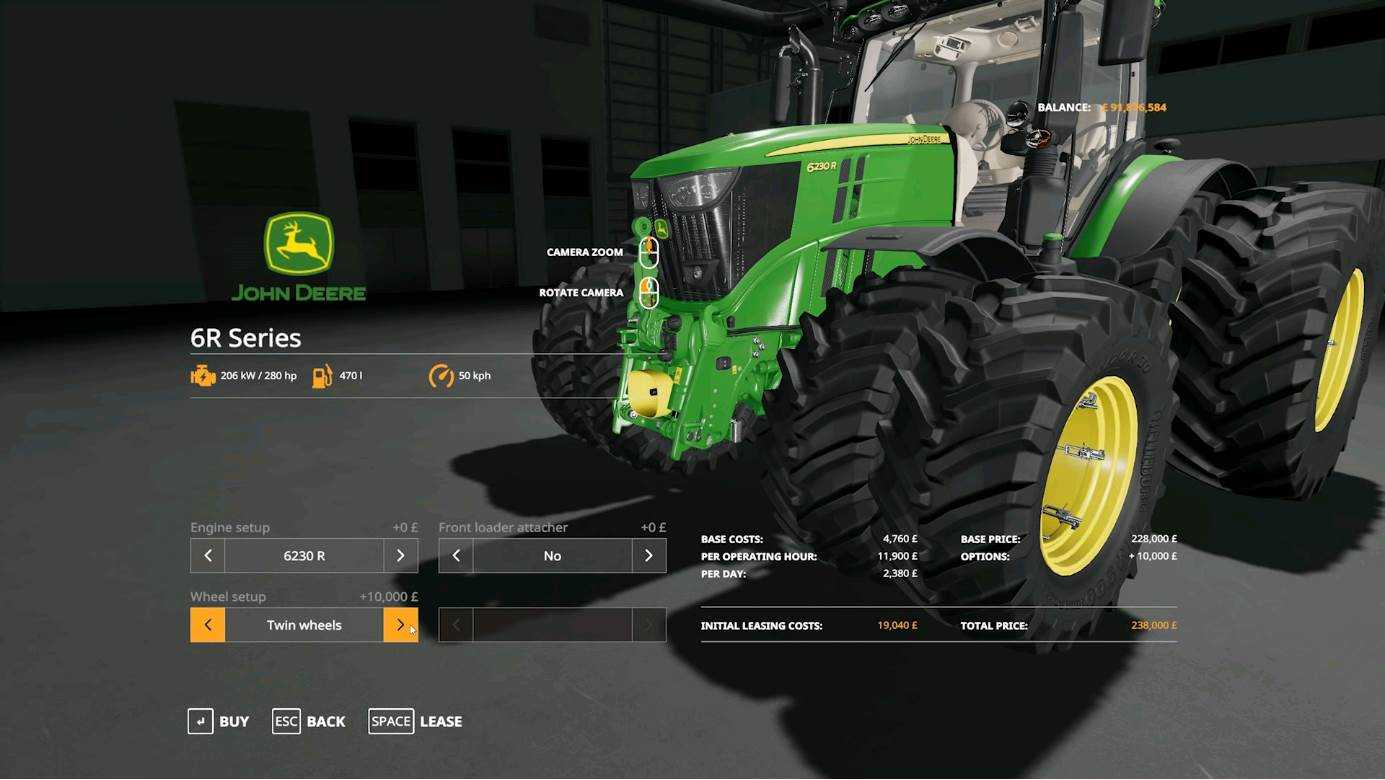 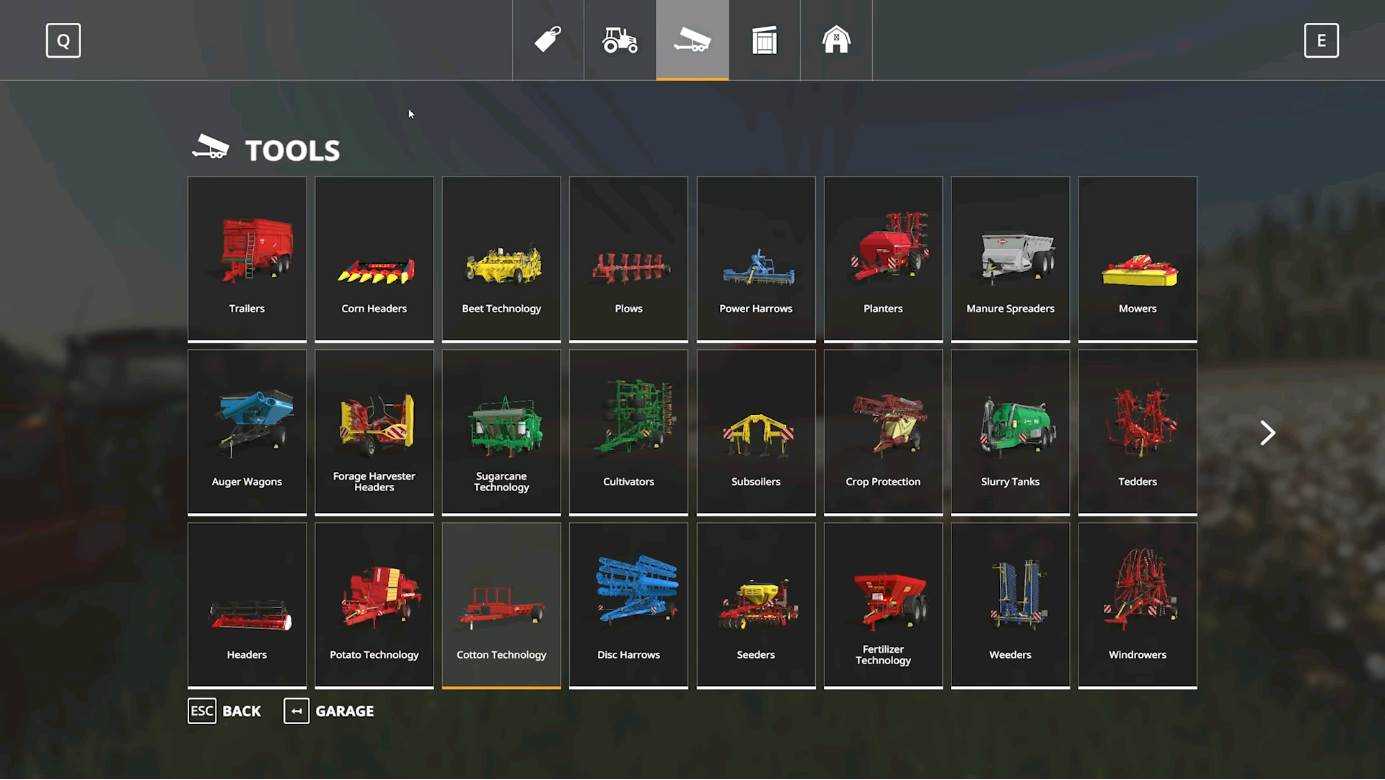 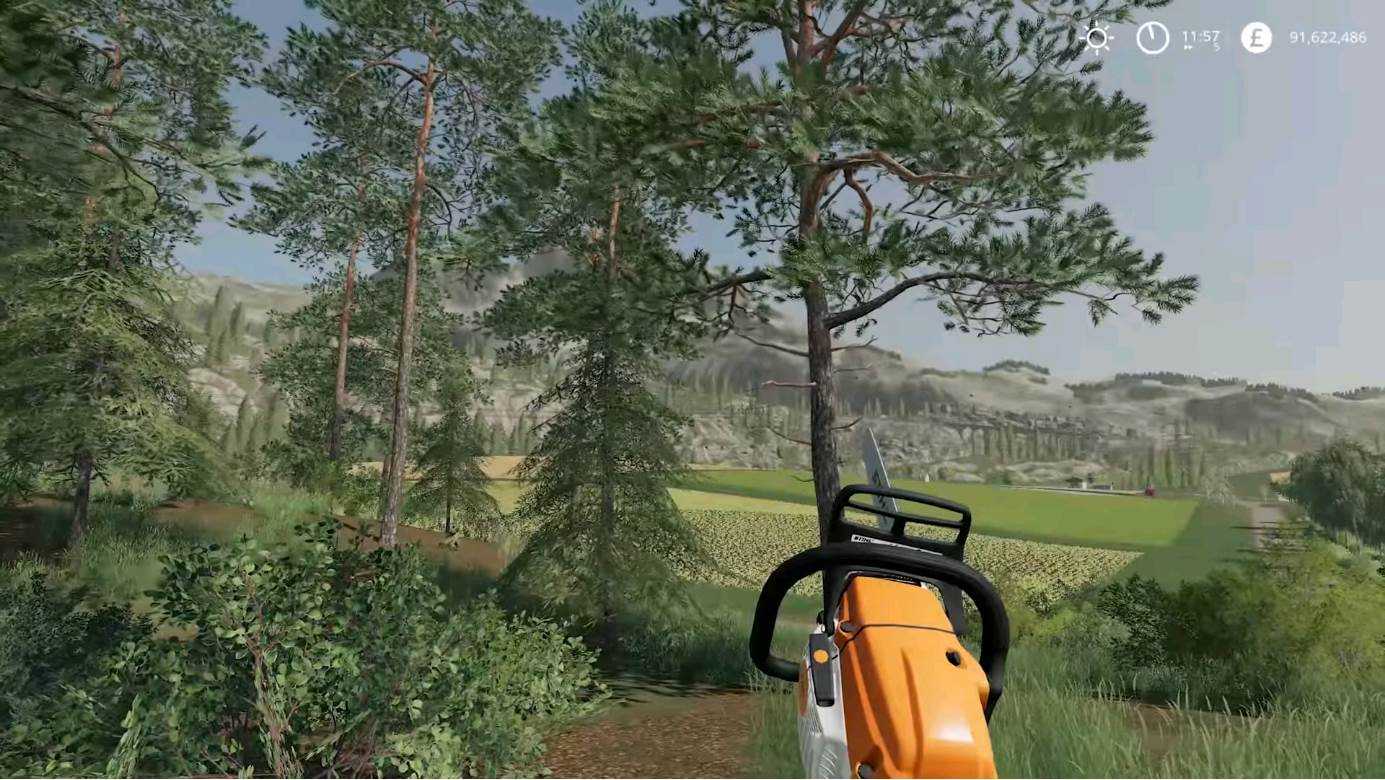 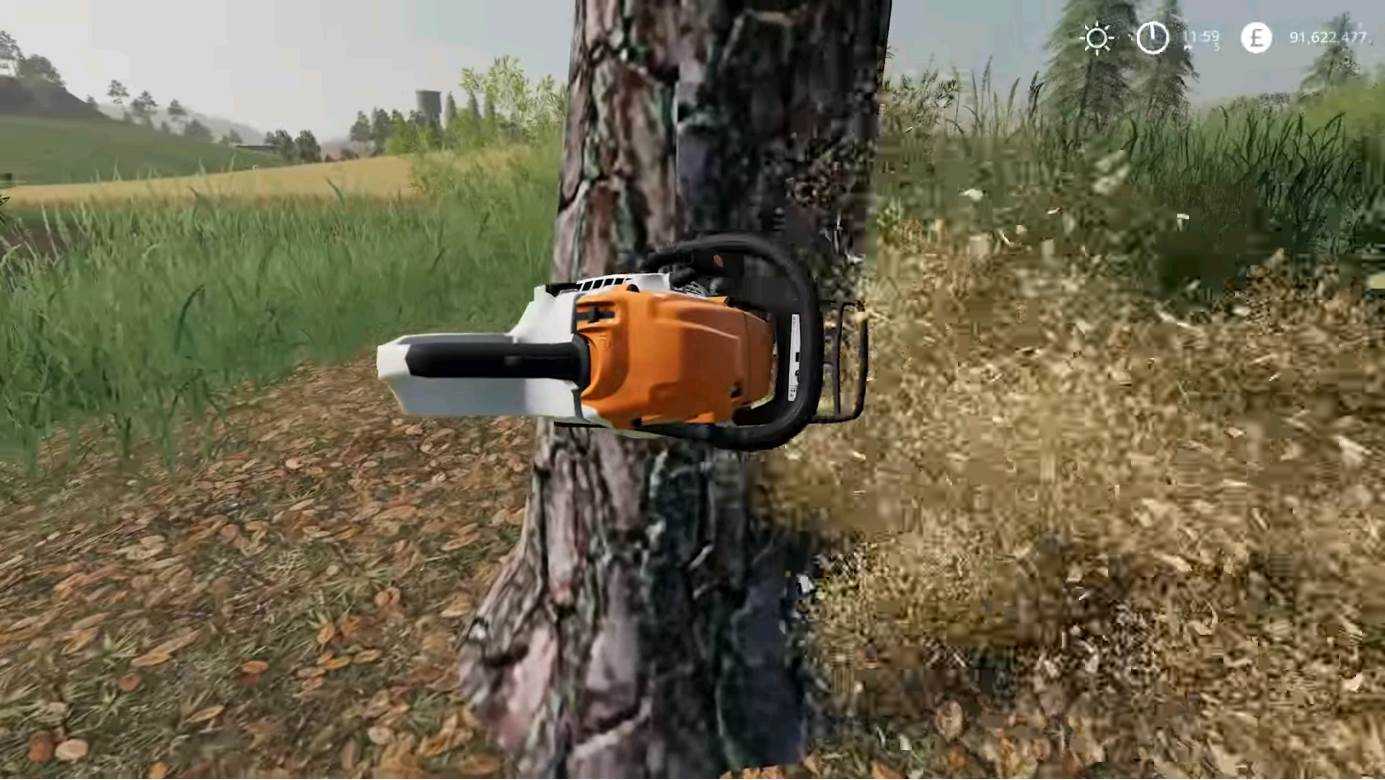 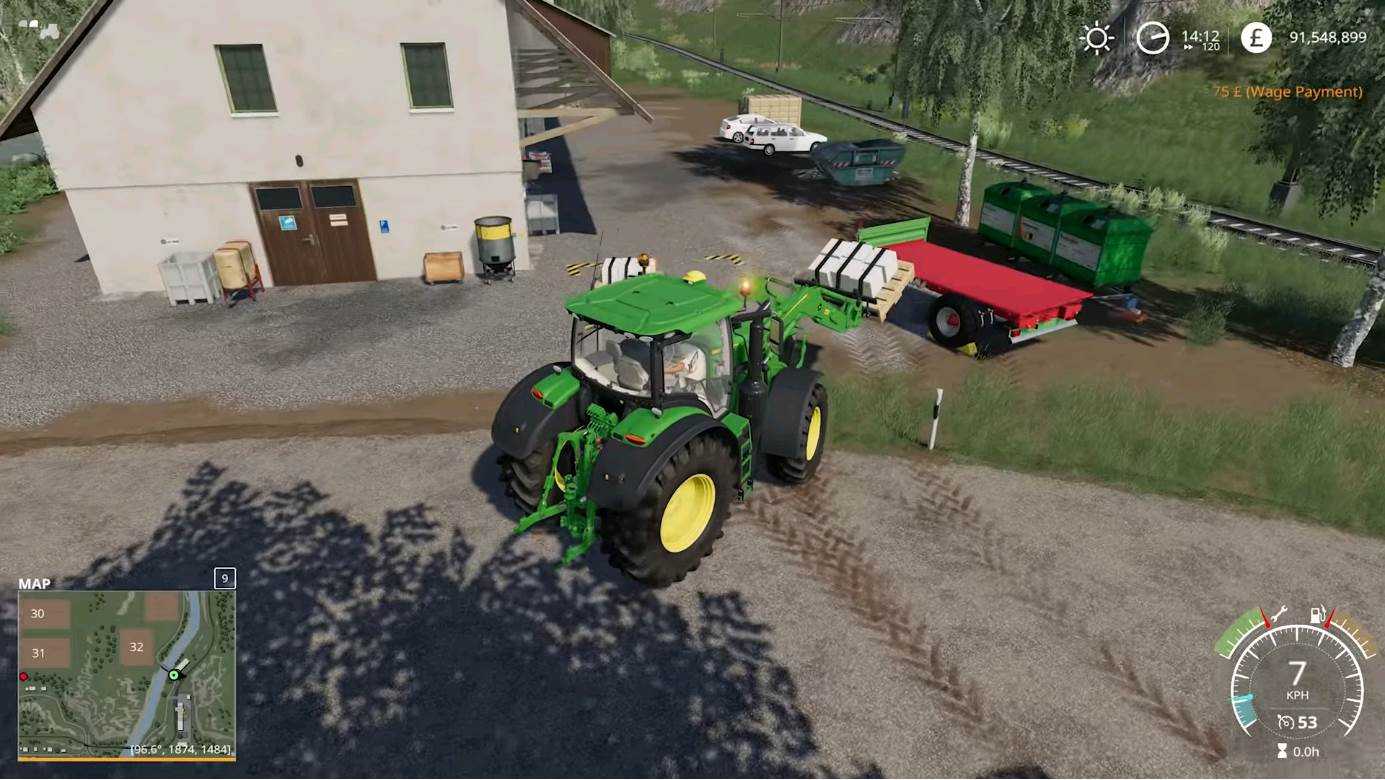 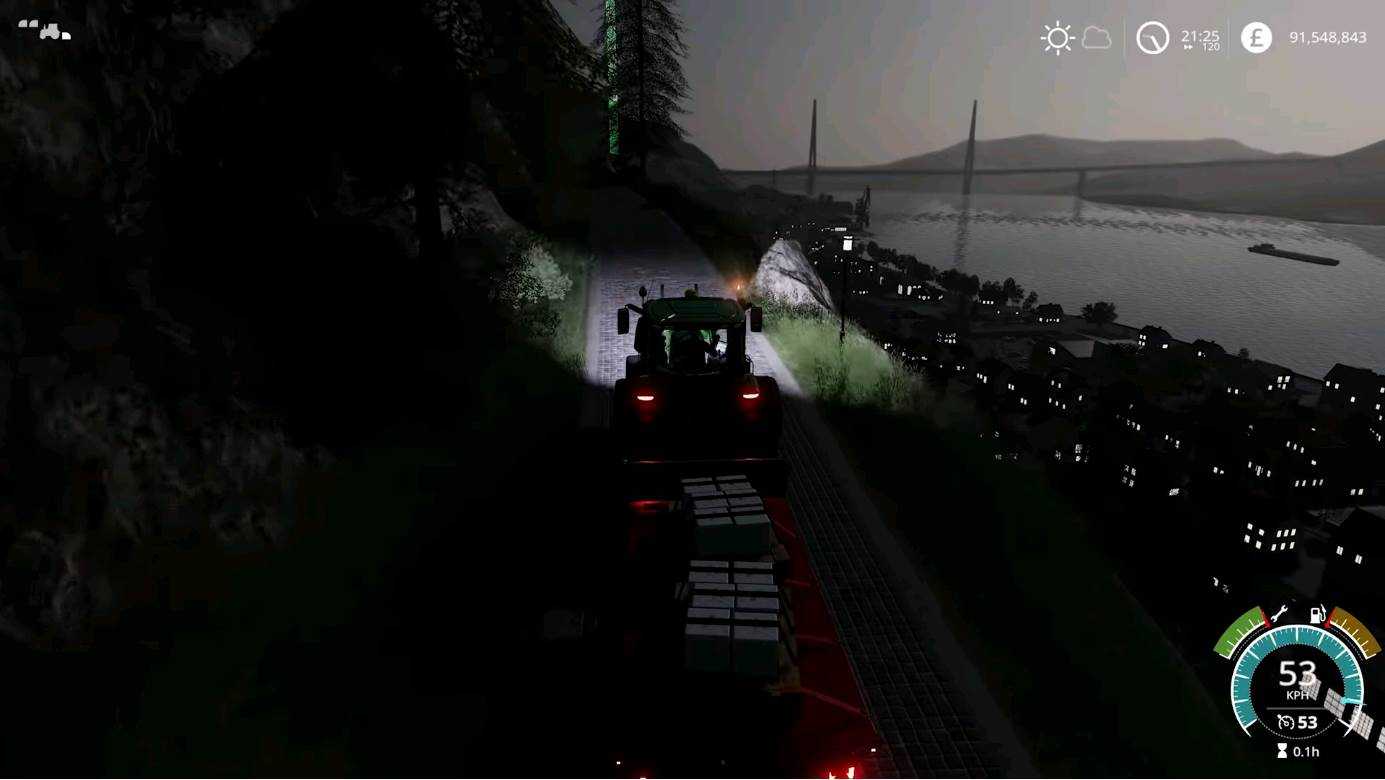 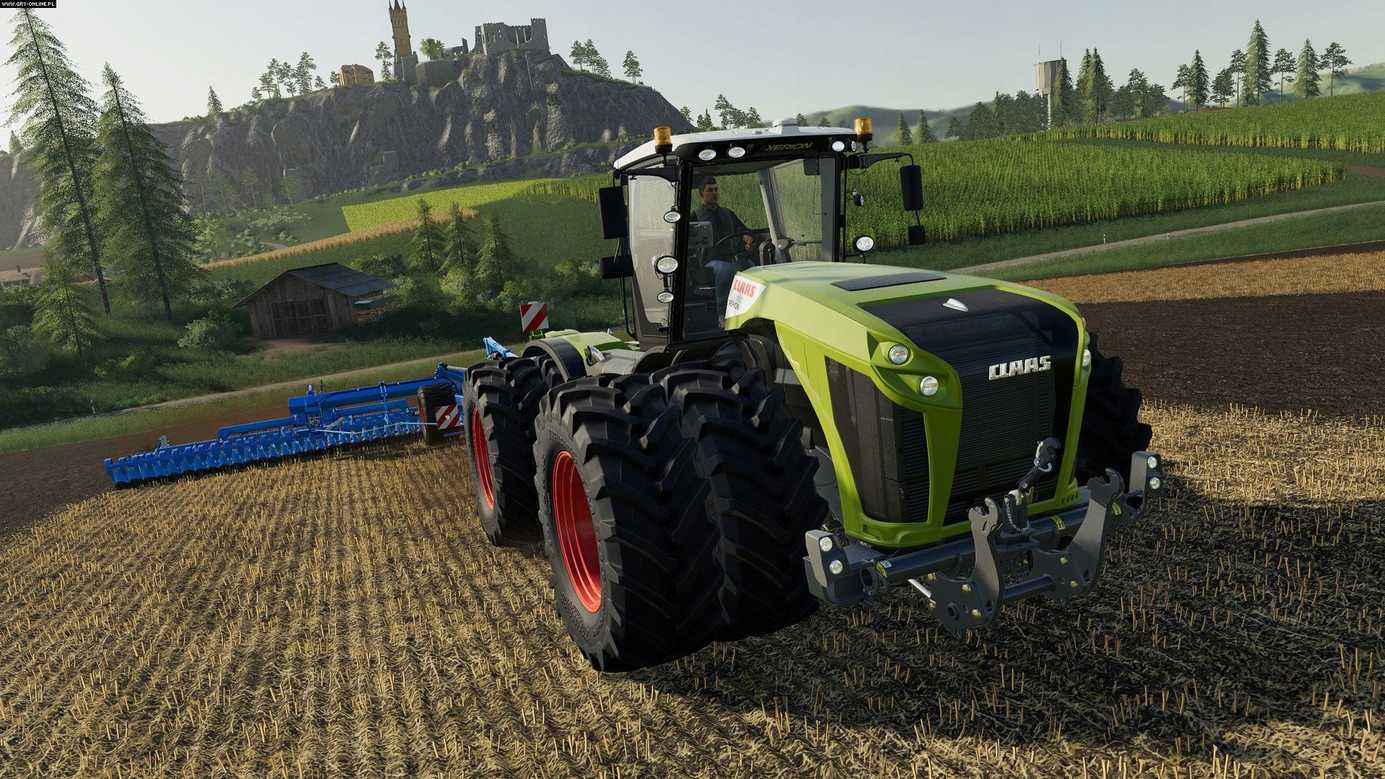 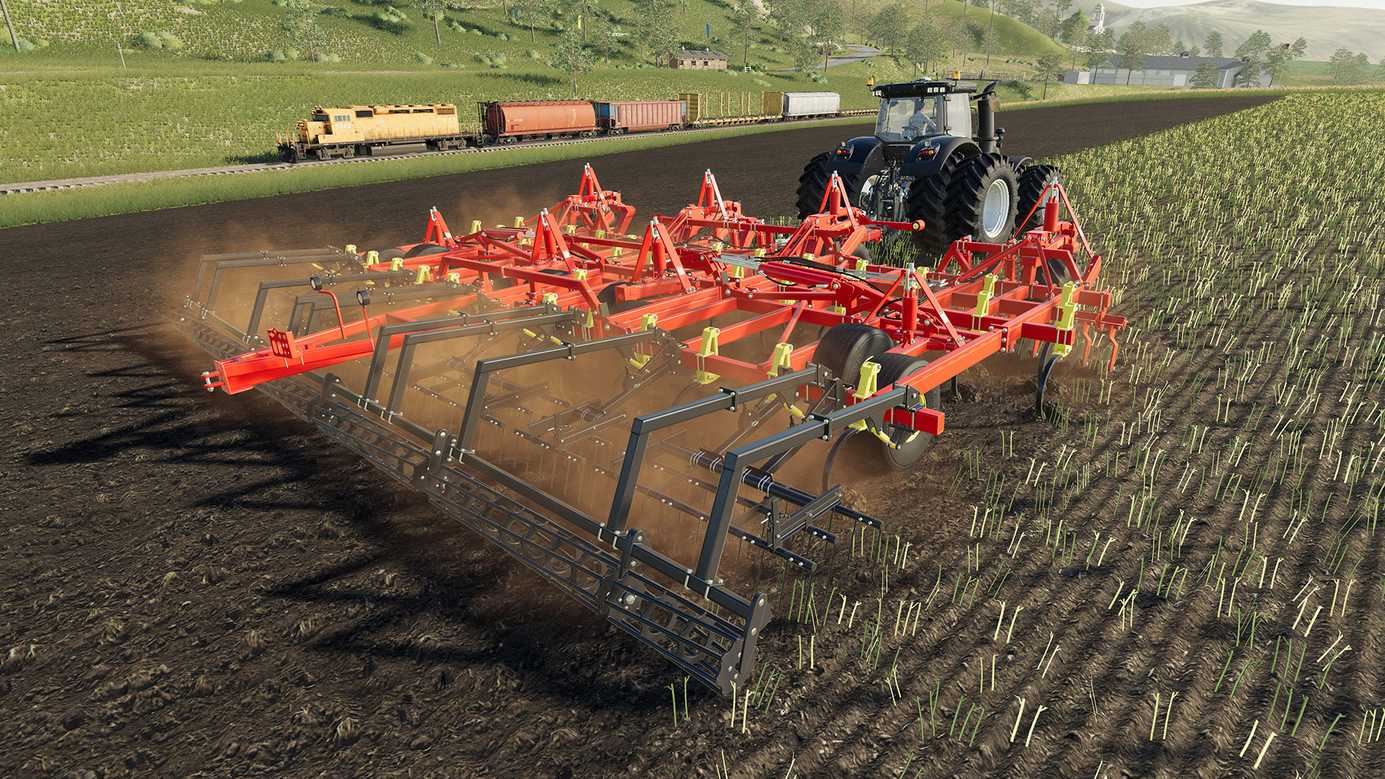 Farming Simulator 19 review and gameplay of the game

Farming Simulator 19 takes players to the countryside outside the city and gives them the opportunity to be a farmer of any type they wish. Published by Focus Home Interactive, Farming Simulator 19 allows players to tend crops, raise livestock or try their hand at forestry, but this freedom of choice is a double-edged sword. This is both the biggest and the worst feature of the game, because it makes a large and beautiful world look alive. This does not mean that there is no quality in the game. In fact, every little thing matters in this game and is incredibly detailed. The realism in Farming Simulator 19-graphically-adds to everything that the game embodies, from realistic operations to the aesthetic landscape of the farm. Due to the large number of details in the graphics and game mechanics, it can be described as an incredibly hardcore simulator that has a high degree of freedom of choice. This freedom of choice allows players to conduct any gameplay at will. As in Farming Simulator 15, players can organize livestock farms by focusing on an assortment of chickens, sheep, pigs, cows or horses. Players can go into forestry, start with a chainsaw and build a logging empire. Or they can focus on harvesting and selling it, in fact, becoming a farmer-magnate. However, the choice does not end there. Players can do any or all of the above, but they can also break the monotony by taking a slow cruise through the countryside, completing basic harvest tasks, or reaching out to neighboring fields. Although we use the latter term loosely, because the beautiful world of Farming Simulator 19 feels destitute and empty. After a short lesson, which is not very useful for beginners, players are invited to the wide world of agriculture. There is no goal other than to farm and accumulate money, which creates a feeling of monotony during the game. This resonates throughout the game, as beginners will soon realize how difficult even the simplest task is. This is the section where the gameplay itself becomes a double-edged sword. On the one hand, incredible details can create a fantastic experience, but on the other hand, it can also be incredibly frustrating for those who don't know exactly what they need — and the game won't tell you about it. Simple instructions in these scenarios would go a long way, even if it was just a menu detailing how certain parts work in conjunction with others. Yes, there is a certain menu with some aspects, but there is nothing detailed enough to introduce beginners to the difficulties of agricultural practices that have ever existed in the simulator. For experienced players who have played the previous parts of this game, this lack of training may not be so harmful, but this is not the entry point that will suit beginners in the game series. The learning curve requires several hours of trial-and-error play to eventually get started. Despite these difficulties, Farming Simulator 19 is still a useful game, perhaps even more useful because of these difficulties. Although it would be of great benefit to include more instructions, this disadvantage creates a sense of pride when you solve such simple tasks as feeding animals or figuring out how to work with specific tractor attachments. And if you get tired of the main game mode, then you can always farm simulator 19 mods and diversify your gameplay. Given land and money, this game tests the players ‘ resilience in how much they want to create something out of nothing. For some, every useful moment in the game will cause disappointments, and therefore every disappointment makes the reward for performing more dim. Ultimately, it seems that Farming Simulator 19 is very realistic, and the player's determination is tested throughout the game. Farming Simulator 19 is now available for PC, PlayStation 4 and Xbox One. Let's summarize the review of the game Farming Simulator 19 Very realistic gameplay. Large and diverse gameplay. There is no goal in the game except to farm and accumulate money, which creates a feeling of monotony during the game Complete basic harvest tasks or lend a helping hand to neighboring fields. A very high threshold for entering the game for beginners.