Try out this strategy-simulation sandbox game where you attempt to explore outer space along with cute aliens.

In an attempt to create an even funnier sandbox game experience developers from Squad studio took best practices from Garry's Mod and created a singleplayer-only Kerbal Space Program. This game is full of silliness and simplicity when it comes to the explanation of complex topics such as rocket science. Players are offered a unique chance to help cute alien race who named themselves Kerbals get the knowledge and appropriate training and make it to the stars. Cartoon-looking graphics add to the wholesome experience of realistic physics and aerodynamics. If you're no stranger to these topics you'll probably build your first spacecraft pretty quickly. Although, don't deny yourself the pleasure of experimentation in a Sandbox mode where you have the latest technological know-how and freedom of actions. If you prefer economics, time management, and strategy try out the Career Mode. Developers created also a Science Mode for those who enjoy finding solutions and discover new technological advancements. Kerbal Space Program is a very time-consuming game but in a good way. Have fun and check out the wide range of mods made by the talented community! 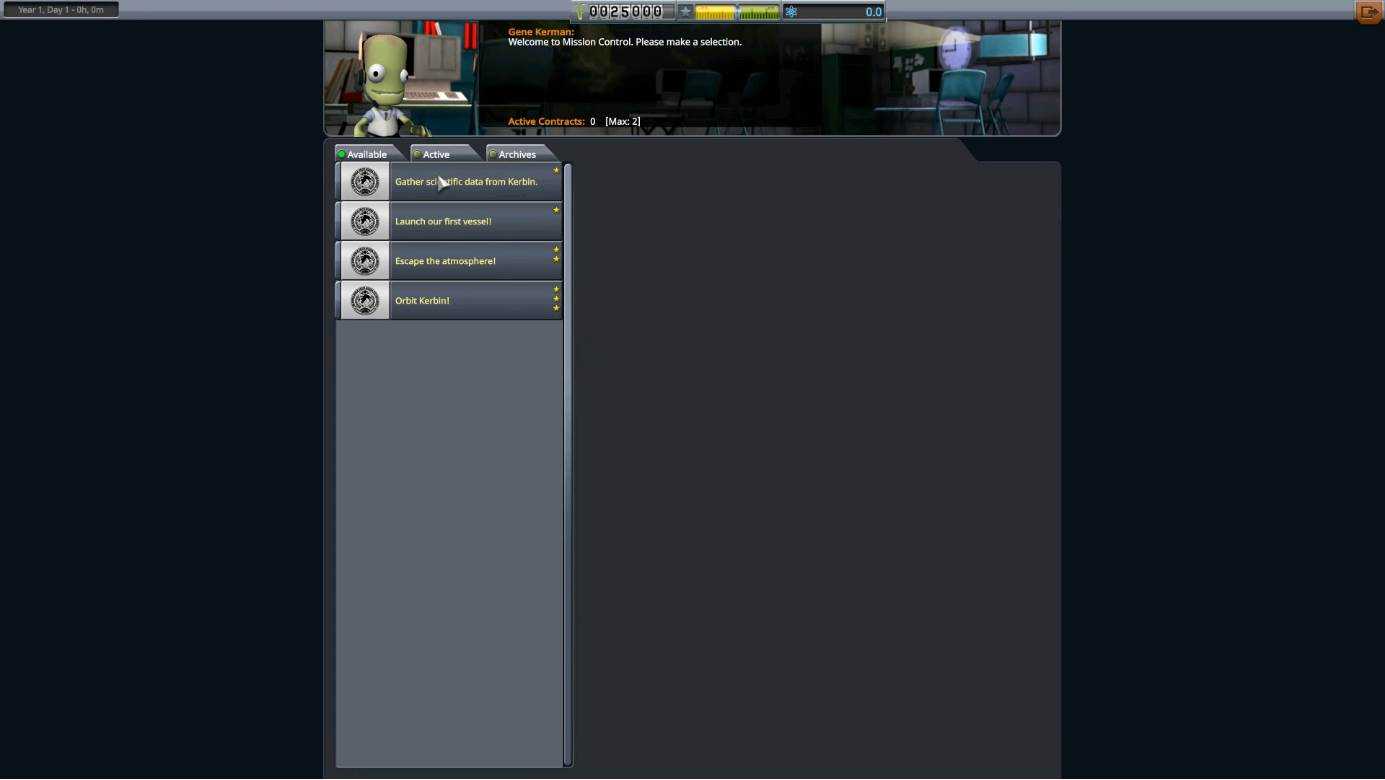 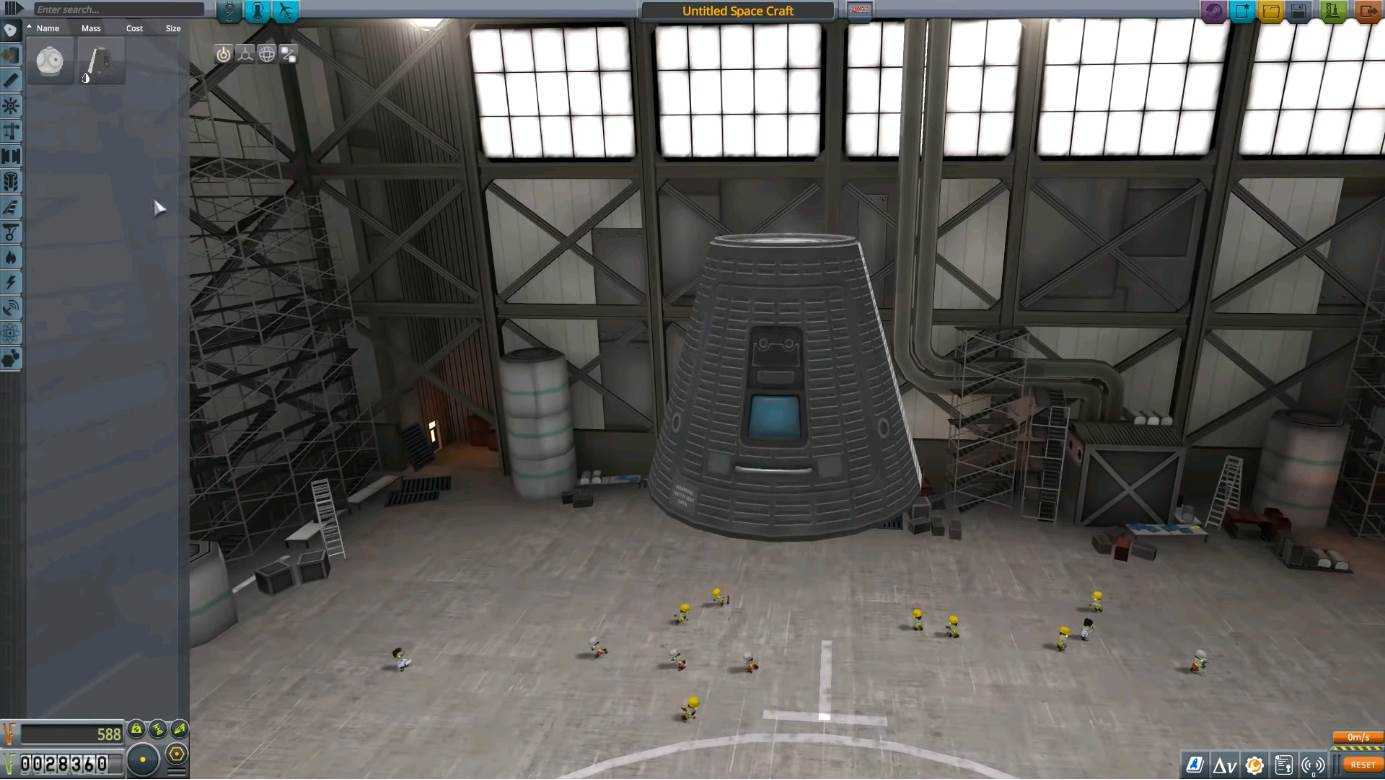 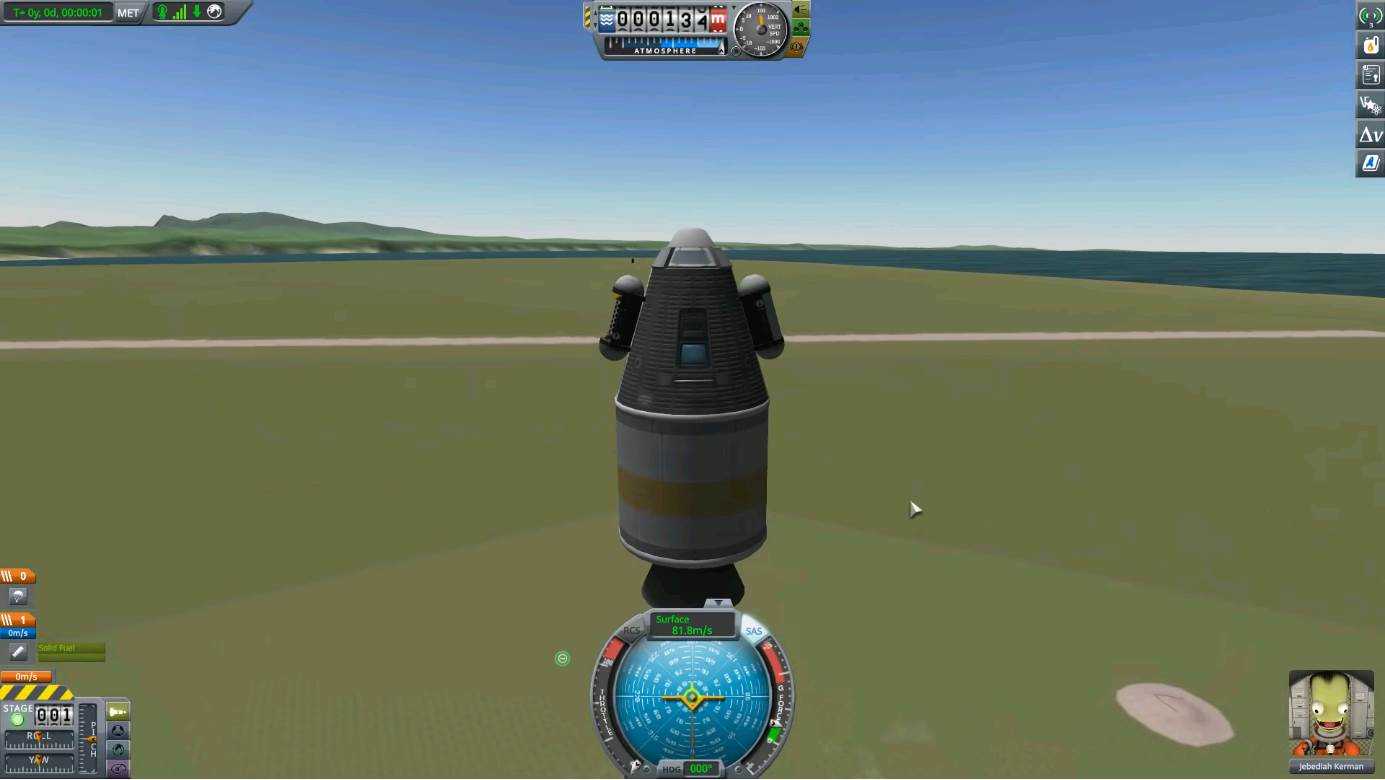 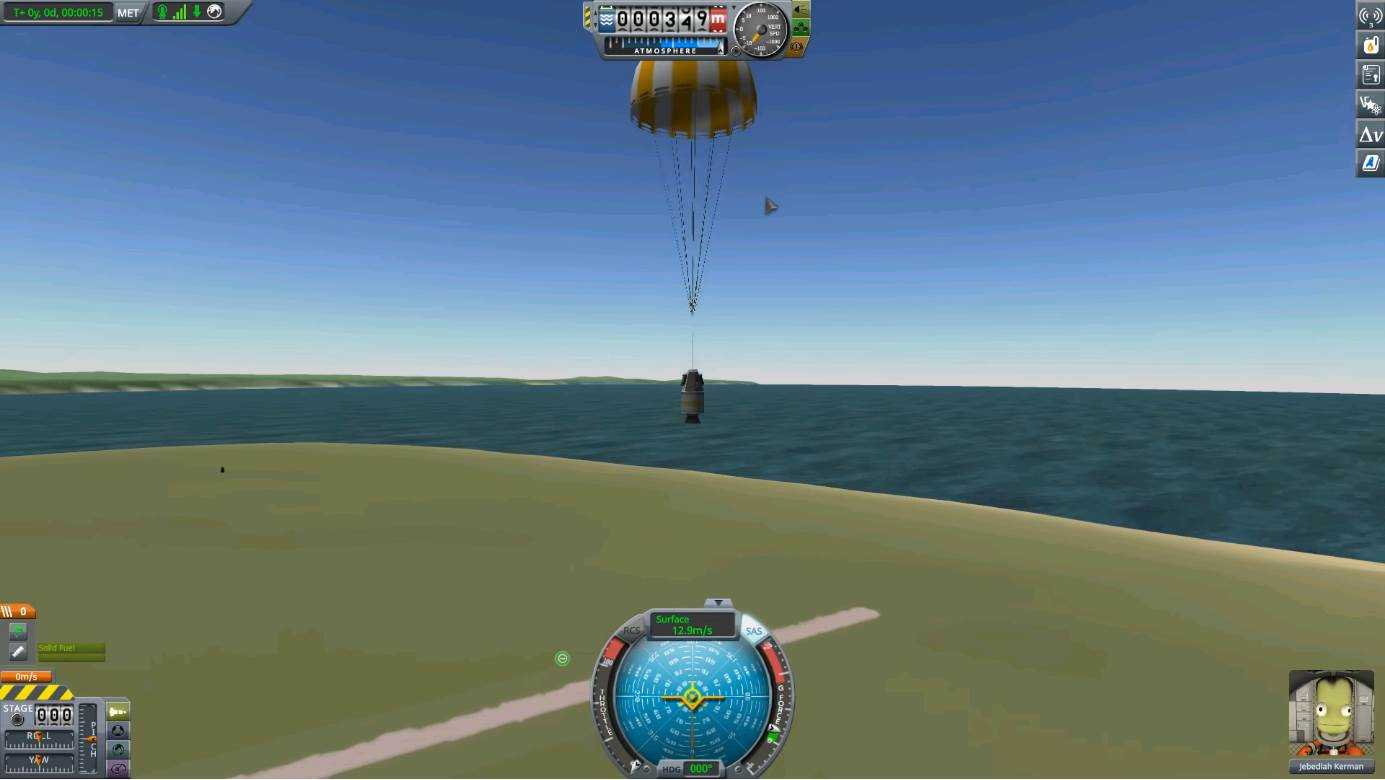 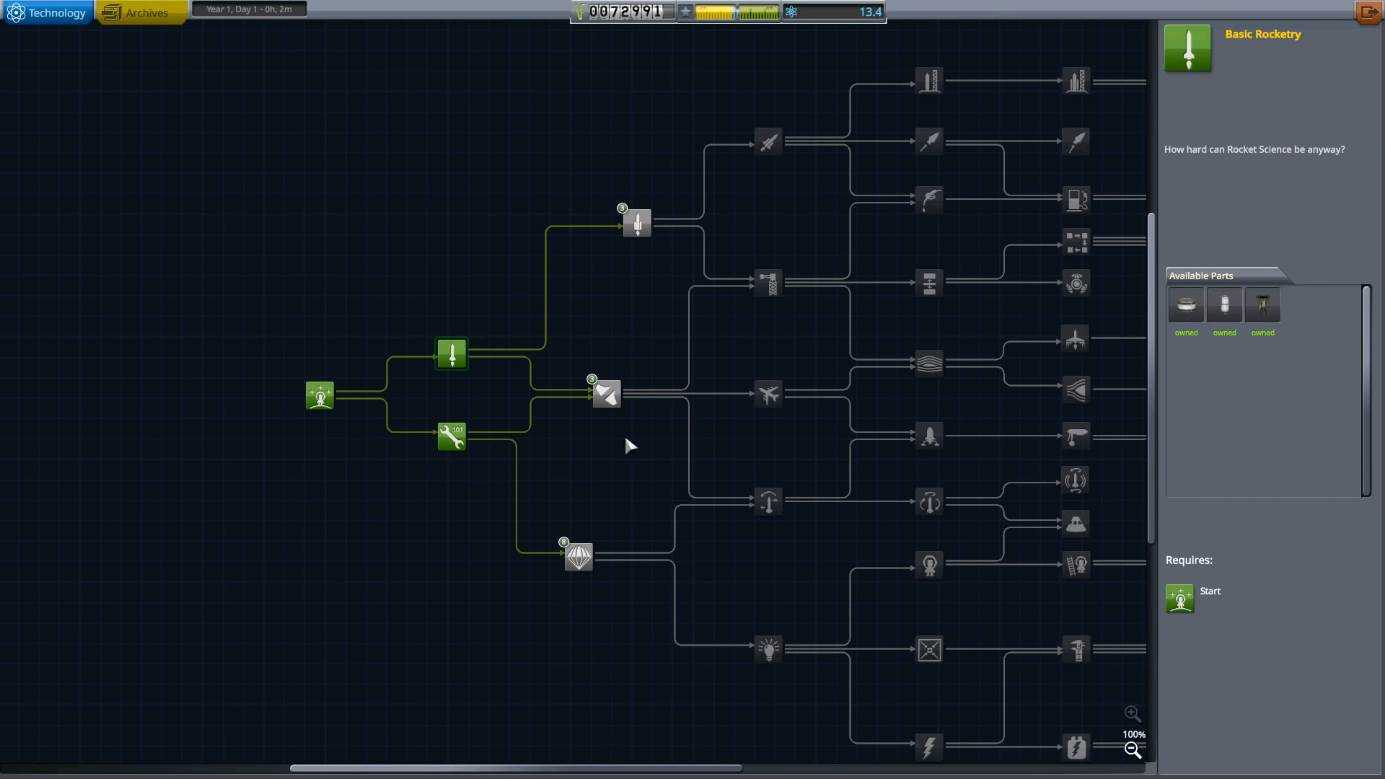 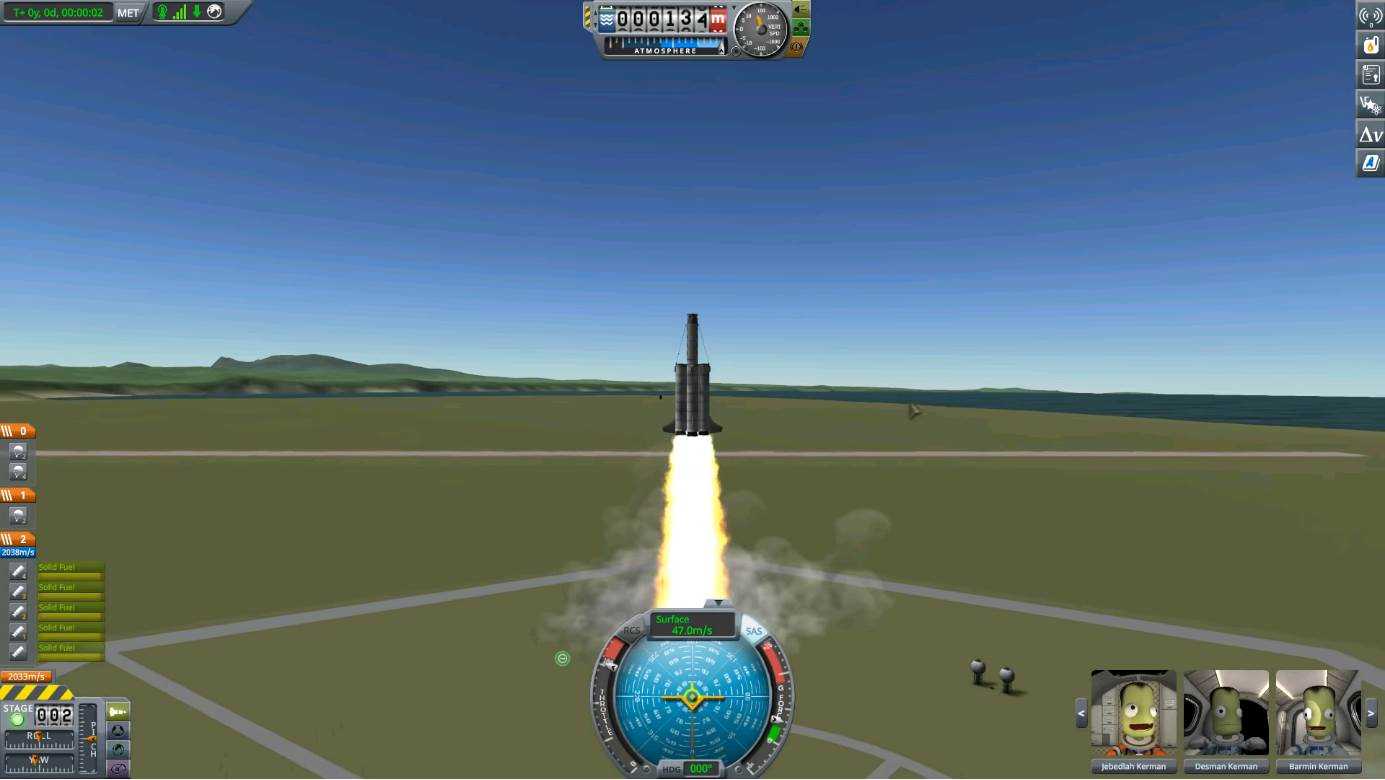 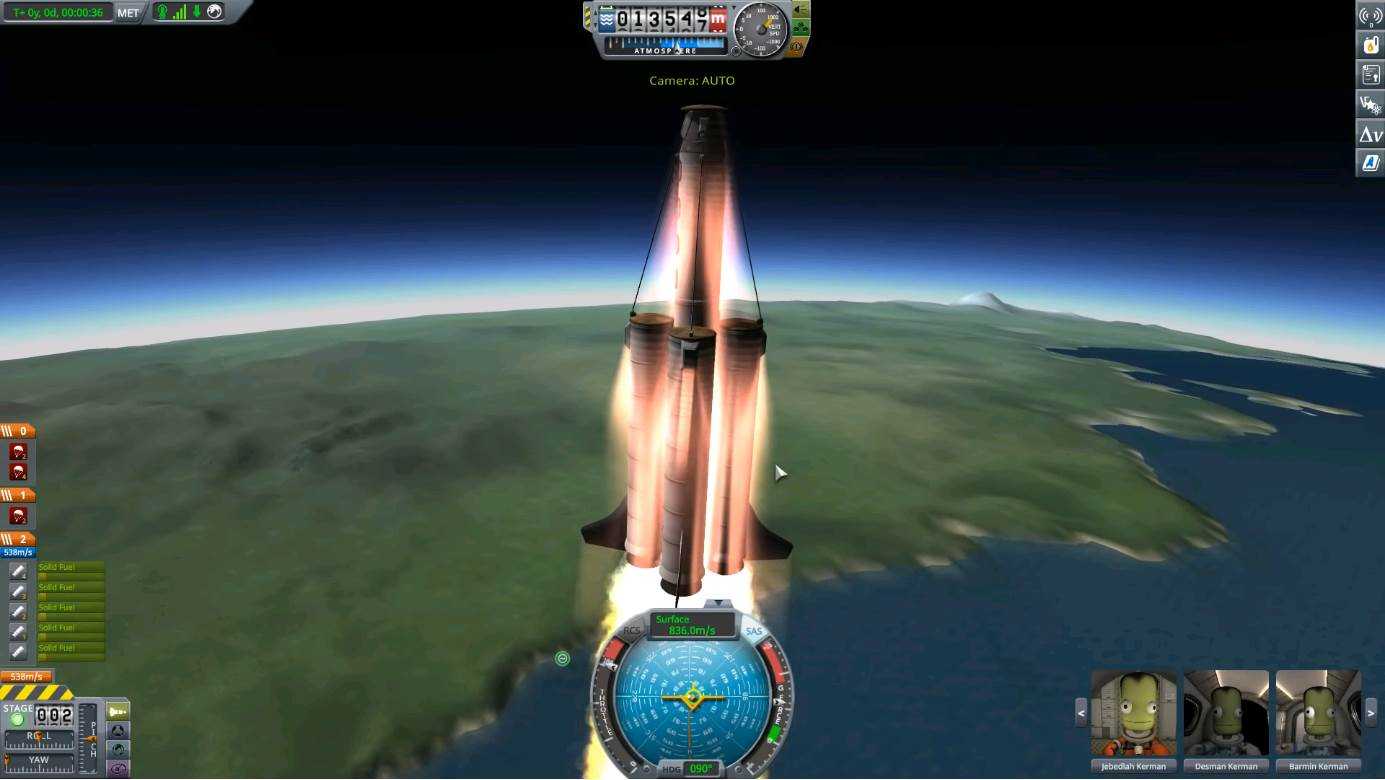 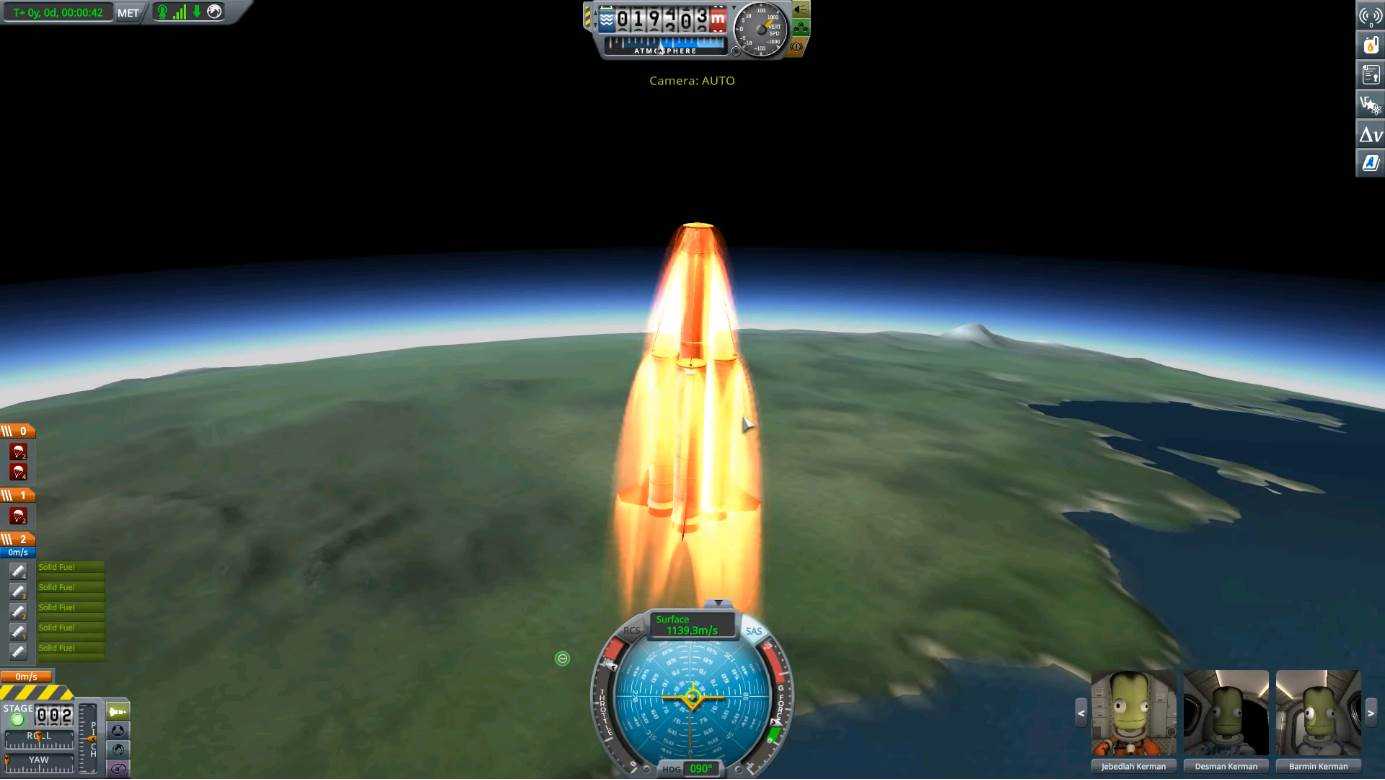 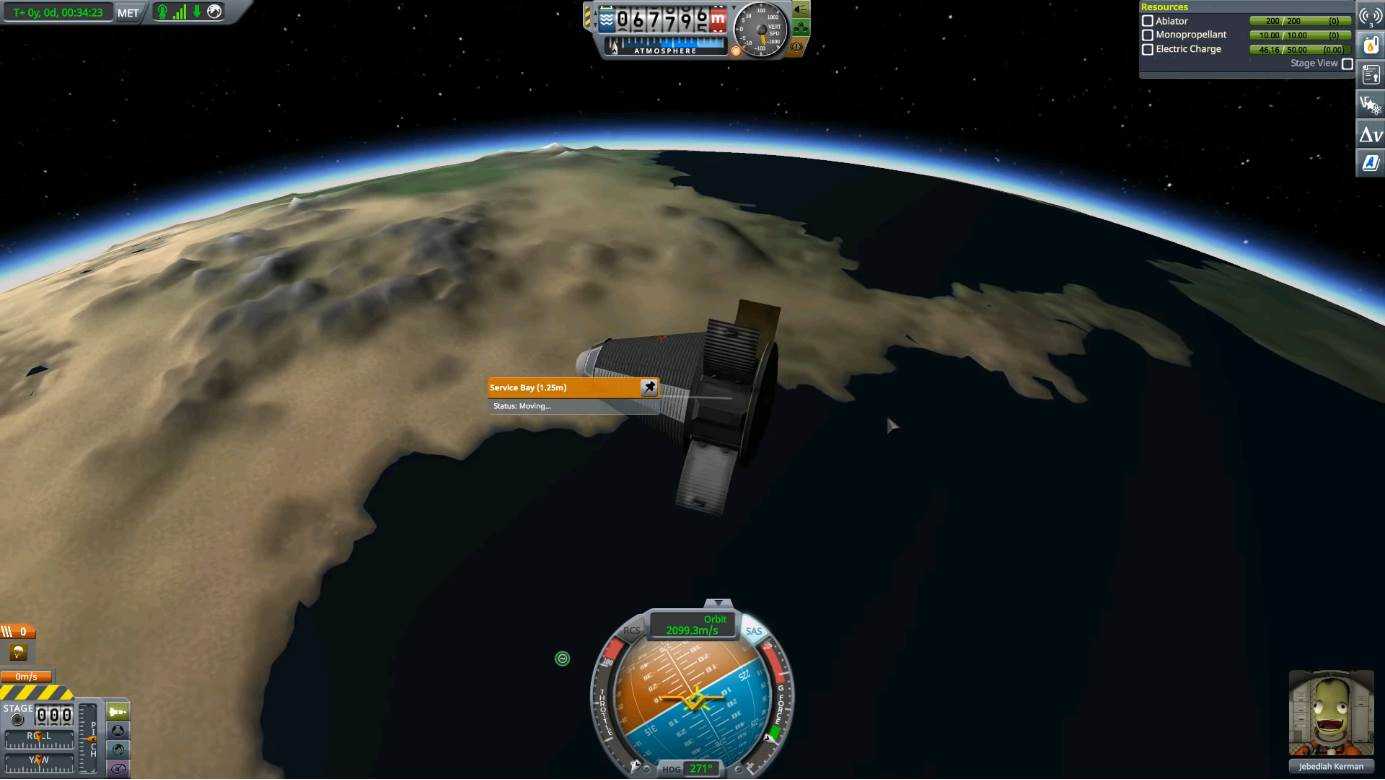 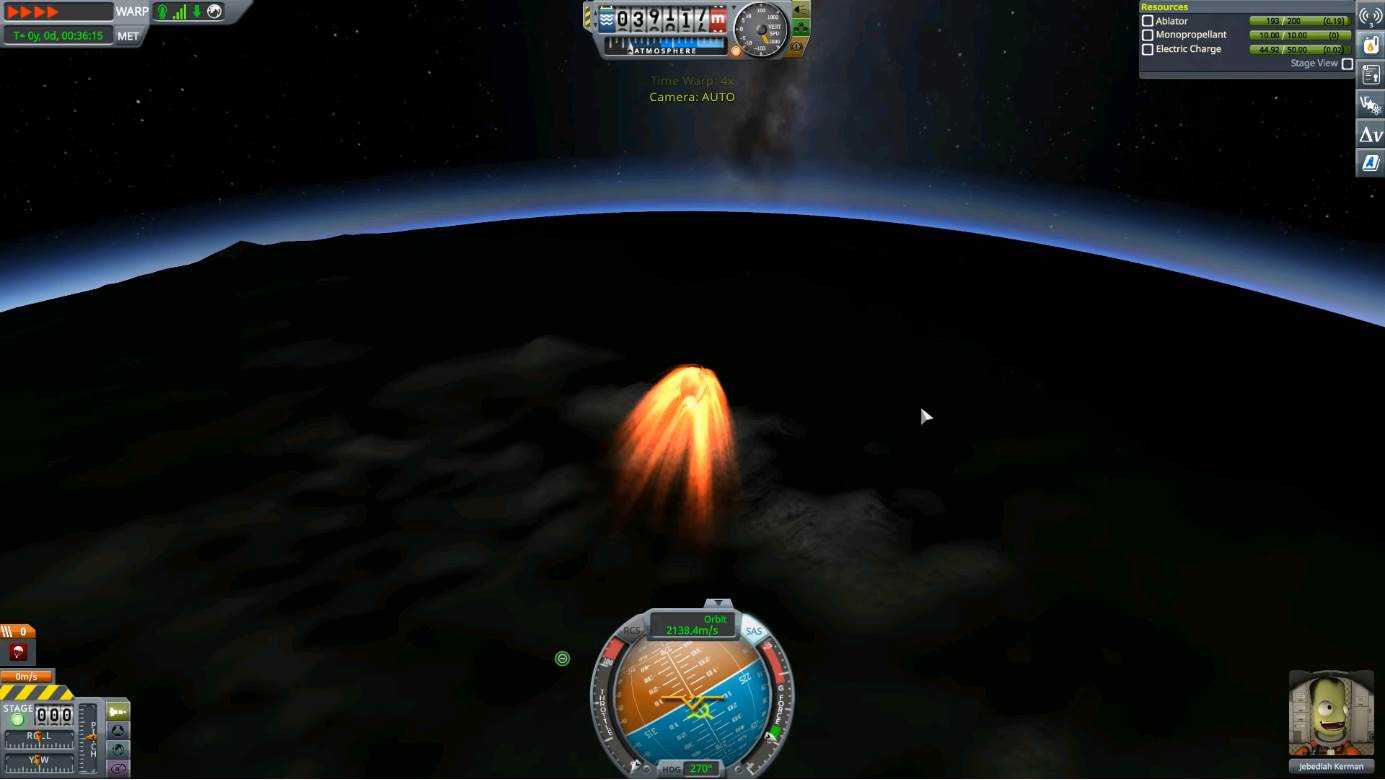 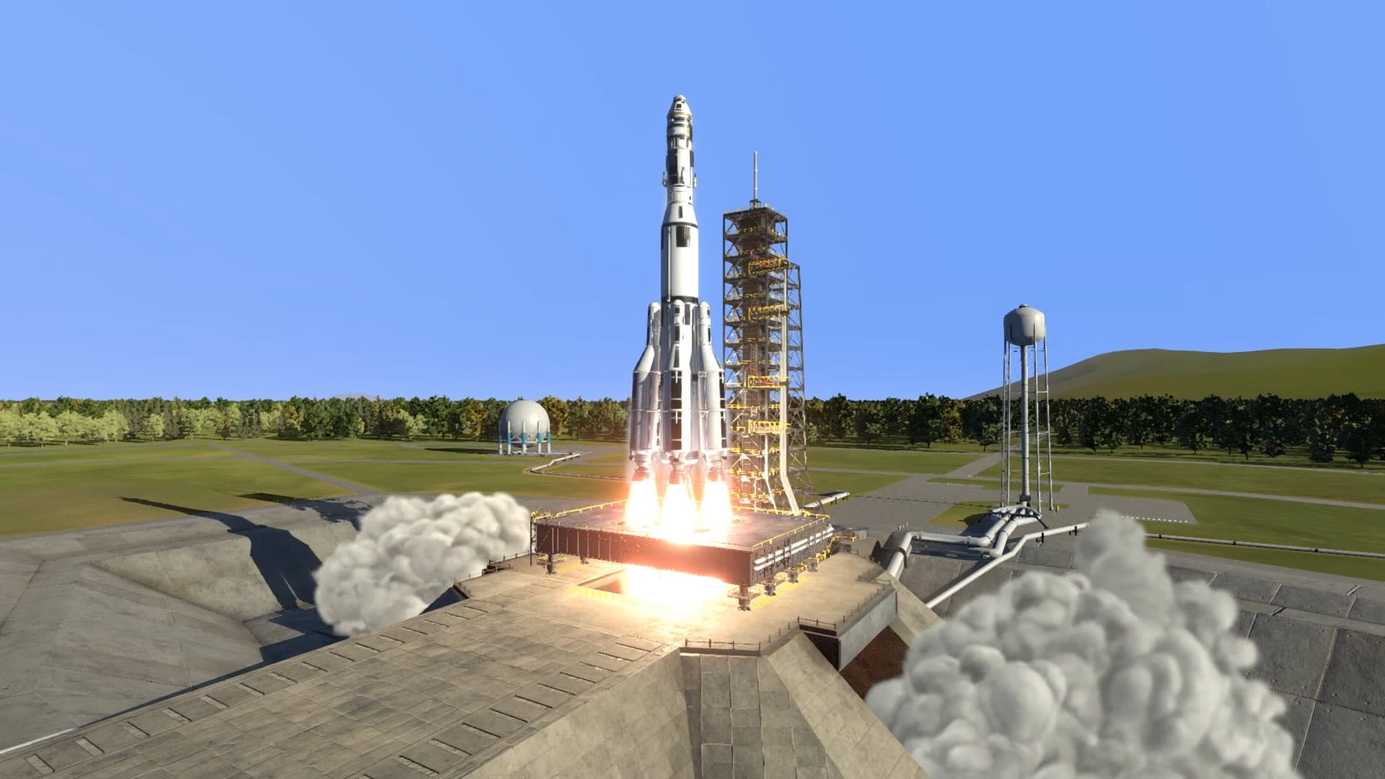 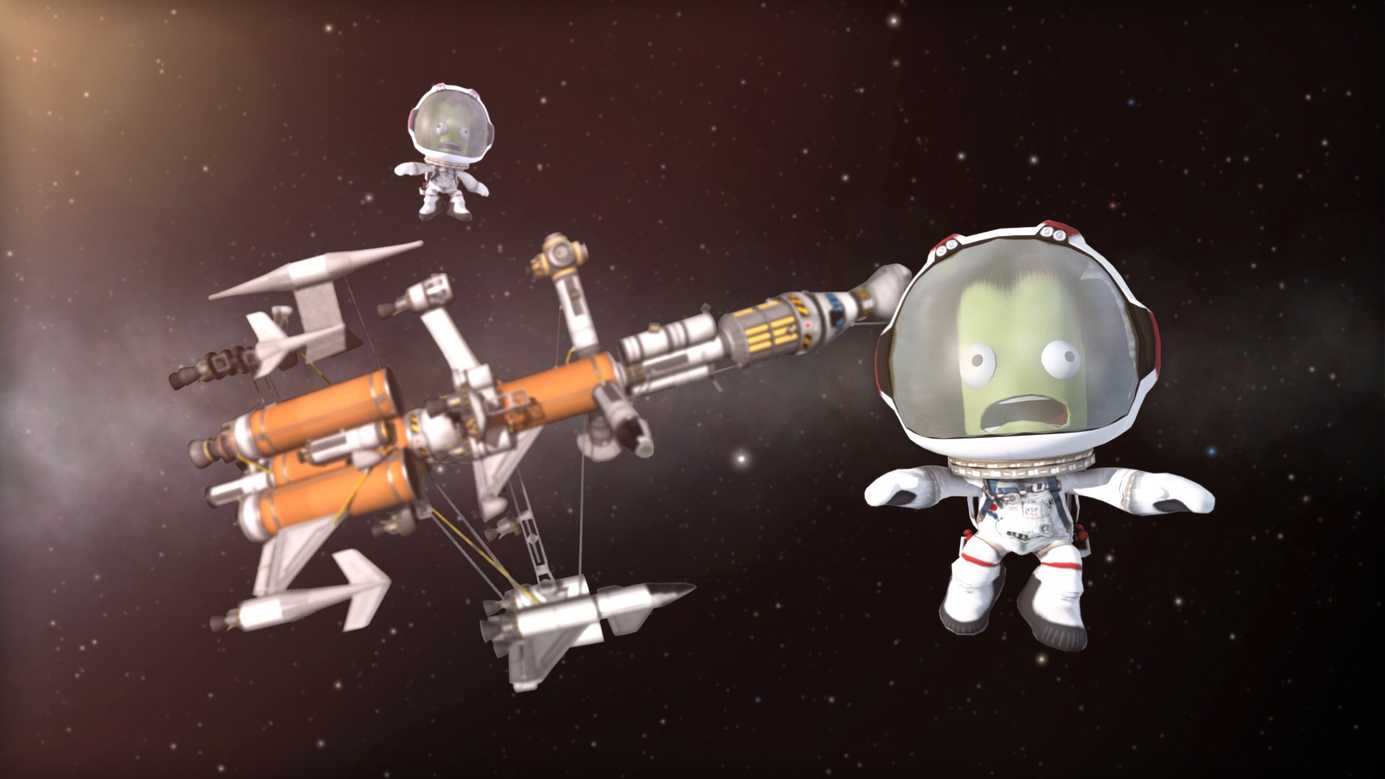 Kerbal Space Program review and gameplay of the game

In the Kerbal Space Program, we are given the opportunity to conduct our own space program in a sandbox style, like an aeronautics simulator. The developers hope for fans of the sandbox genre and are especially interested in space flights. The game was released in 2011 (alpha version) and slowly developed, improved, and eventually the final release occurred in March 2013. We need to take responsibility and develop a newly developed space program that is managed by Kerbals (a kind of small green humanoids). These Kerbals are ready to provide any necessary resources and the number of volunteers ready to go into space. For the most part, the gameplay is focused on building space rockets and developing various plans for conquering space. The number of elements for building space rockets is really amazing. Various engines, fuel tanks, various devices and many other components. Once you have successfully launched one of your spaceships into space, you have the opportunity to put it into orbit or send it into space again to visit other planets and conduct scientific research. You can even take control of the Kerbals and go into outer space or step on the surface of other planets. There are no specific goals in the game, so players are free to spend their time as they want. Most of it will definitely be spent on studying various components and unsuccessful launches of the first rockets, and with each launch you understand the basics of aeronautics better and better and still launch the first successful space rocket. For players who prefer structured games with clear goals, the game has a career mode, where the tasks that need to be completed one after another are clearly described. Let's summarize the results of the review of the game Kerbal Space Program Take control of your own Kerbalov cosmonautics team. Create many spaceships of various types. The Kerbal Space Program was launched in 2011 and is still constantly under development. Go into outer space.

PC Gamer – 96/100
A perfect blend of science and slapstick, and a robust and compelling sandbox of possibility. Simply outstanding.
GameSpot – 9/10
Even with its cartoonish humor and quirks, Kerbal Space Program has an almost sacred respect for the tiny miracles involved in space travel, and even at its most difficult, it deserves that respect in return.